Book Review: The Haunting of L. by Howard Norman 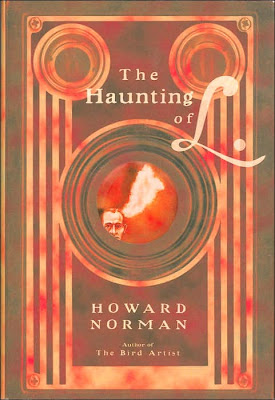 An edited version of this article was first published as Book Review: The Haunting of L. by Howard Norman on Blogcritics.org.

For a rather compact book, I was impressed at what this novel was able to accomplish. I never expected that such an intricate and dense story would come out of this work. But I am getting ahead of myself. Let me write a few words about what this book is about.

This book presents the story of three people: Vienna Linn, who is a portraitist; his wife Kala Murie, who is a spiritualist who believes in spirit photography; and Peter Duvett, a photographer's assistant who is employed by Vienna, and who in turn becomes Kala Murie's lover. It is therefore a story featuring a love triangle, and yet, the conflict is less along the lines of romance but more along the lines of murderous psychological thriller.

It doesn't help that the setting is cold and bleak by itself: the novel is set in two places, both in Canada. The first half of the novel takes place in Churchill, Manitoba, right at the edge of the Hudson Bay. The latter half takes place in Halifax, Nova Scotia. The time frame is late 1920s, spanning two years, from 1926 to 1927, and somehow, all the action takes place during the winter.

I've already mentioned one source of conflict, which is the fact that these three people are involved in a love triangle. However, another source of conflict is the fact that these three people aren't your best law-abiding citizens either: being fans of spirit photography (this is the genre of photography that tries to capture the images of ghosts and other beings that are otherwise not present during the time when the photograph was taken), sometimes, they were too eager to create situations that they thought were conducive for this occasion. Let us just say that accidents are sometimes not accidents in this book, and leave it at that.

So, there are several things that I liked in this book, structurally. First, I liked the fact that it was written in medias res. The first chapter was set in 1927, and after that, it backtracked to 1926 and narrated events that lead up to the first chapter. I often wonder what is the purpose of doing that, but this time, it kept my attention, as I always tried to fill in and attach the significance of that brief snippet of the "future" with respect to the current narrative.

I also loved the fact that the three characters in this book were perhaps some of the most complex characters that I have encountered in a book so far. Vienna Linn is a very analytical person with the heart of a criminal, and yet for some reason, he manages to keep his hands clean. Kala Murie is a person that I had a hard time deciding whether she was a sane person or a crazy one, due to her beliefs on spirit photography. And Peter, who happens to be the narrator of the story, isn't a spotless character either, as he openly engages in adultery. In short, there isn't a character in the book that one can easily pick to like and treat as a hero. No matter who gets chosen as a hero, this character will have a flaw and is defective. 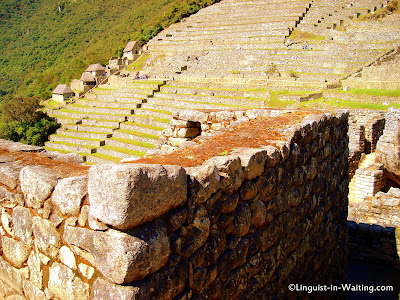