Cavorting in the Caucasus: The Armenian Alphabet

Earlier, I mentioned that one of the biggest challenges I have had during my trip to Armenia and Georgia was that I couldn't read the alphabets. It didn't matter to me whether I spoke the local language or not, for me, what was more important was whether I could read the signs or not. And since I couldn't, I really felt like I was blind. Nevertheless, the Armenian and Georgian alphabets were very graphically unique, and therefore I was very interested.

One day, I was with a tour group and we were scheduled to hike up to Mount Aragats. This mountain is the tallest mountain in Armenia, so plenty of people actually do this hike. However, we also visited other places. One of the places that we visited was the Armenian Alphabet Hill. In the recent past, Armenia has commemorated its alphabet, since this is one of the oldest alphabets in existence, and one of the most unique as well.

The alphabet was first created by Saint Mesrop Mashtots, back in 405. He was an Armenian linguist, and the alphabet originally contained 36 characters. Later on, a couple of letters were added, and there was also a Soviet reform. I do not really know much about the alphabet, but they were pretty to look at, and definitely very confusing to someone who doesn't know it.

So here are my photos of the giant statues that are shaped like the alphabet. We stopped on this hill for about half an hour, and I got a crash course on the history of the alphabet. 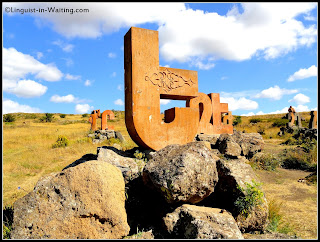 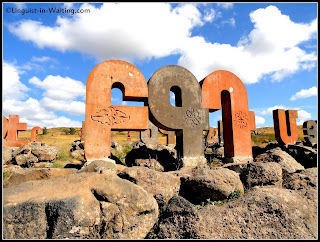 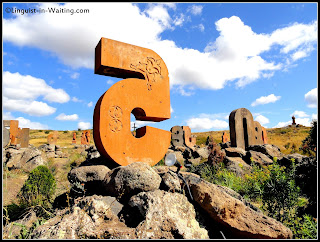 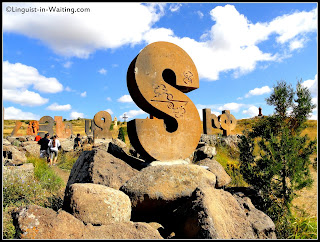 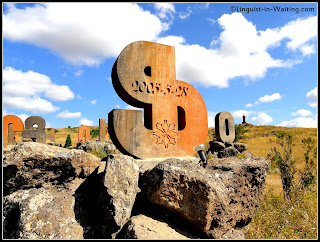 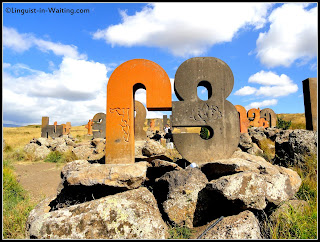 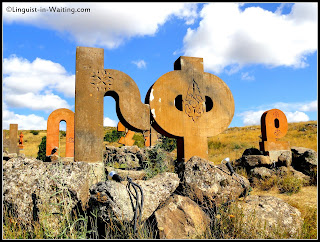 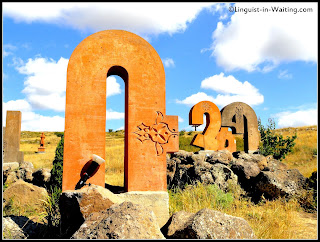 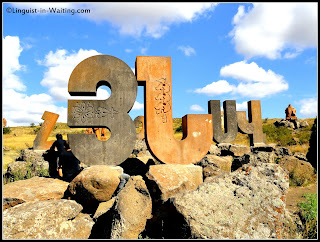 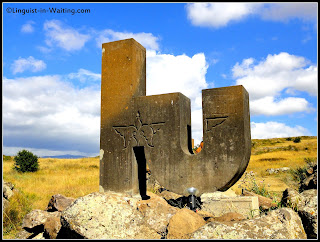 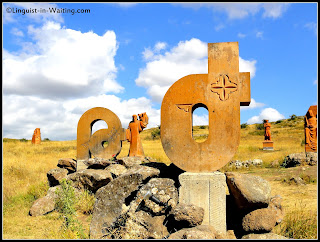 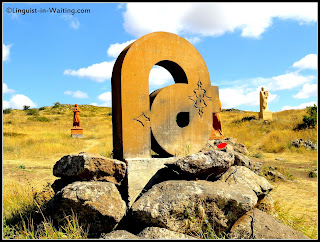 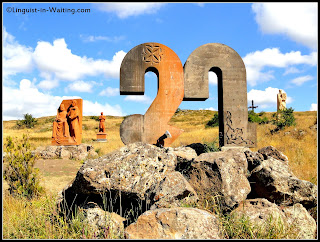 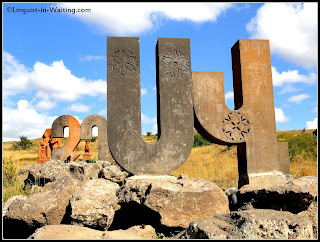 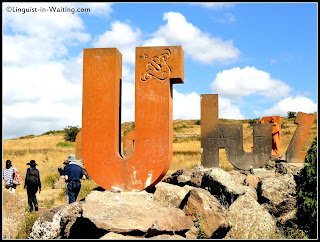 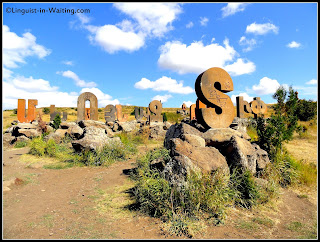 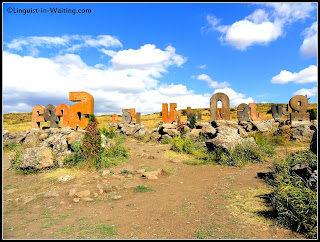 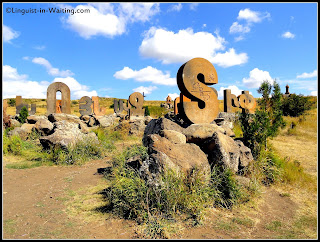 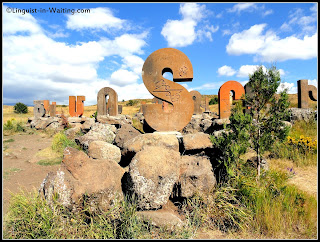 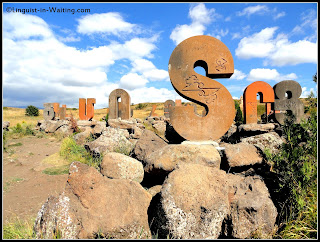 They look pretty, don't they?