Yangon (and Myanmar as a whole) feels like a living time capsule. Seriously, my visit there felt like I regressed several decades back. I mean, their train system is pretty much exactly how the British left it back in the 1940s. But we'll talk about that later. This time, I'd like to post some photos I took walking around Yangon, which happens to be the city in Asia with the most number of colonial buildings.

This walk began in Sule Paya, which was the focus of my earlier travelogue post. That stupa is the geographic heart of the city, and is a good starting point. From there, there is the City Hall, found on its northeast corner. 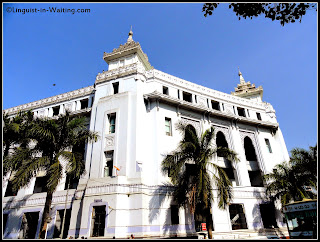 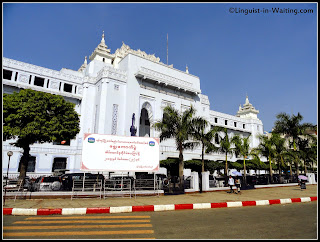 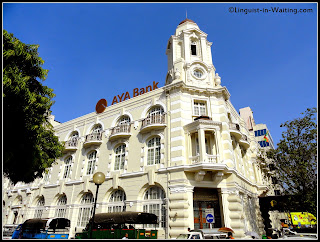 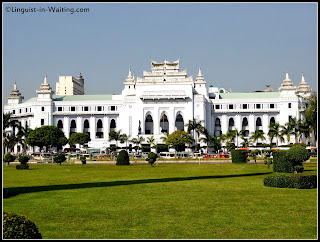 You can see City Hall on three photos I have above, and across the street from it, is another colonial building that is now the headquarters of a local bank.

On the south of City Hall, there is the Mahabandoola Garden. This is a vast green space, filled with young Myanma folks chatting and spending time with each other. Sometimes they hide behind umbrellas, either to shield themselves from the sun, or simply to have a little bit of a private moment. 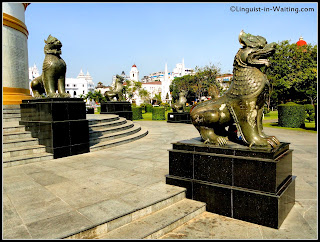 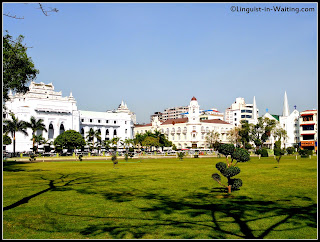 Across the garden is the massive High Court, complete with a bell tower, or so it seems. 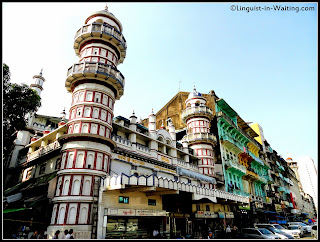 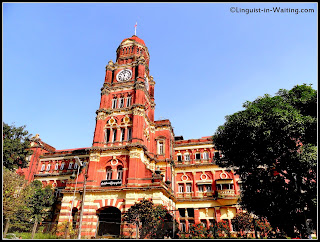 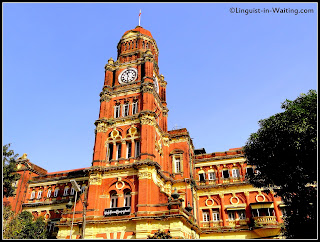 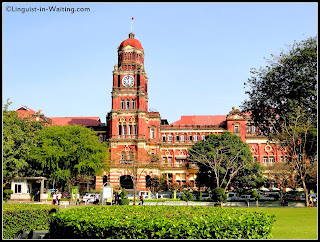 My photos above show the High Court, as well as another colonial building found nearby. Somehow, it reminds me of the buildings I saw in Kuala Lumpur, with their colonial and Islamic design. It makes me think whether Yangon was a more booming place back when the British were here ages ago. Who knows. 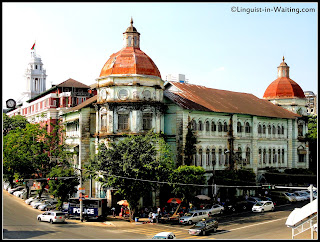 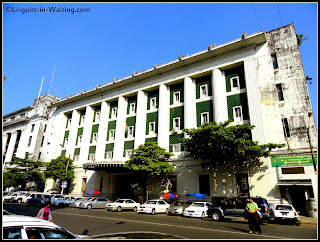 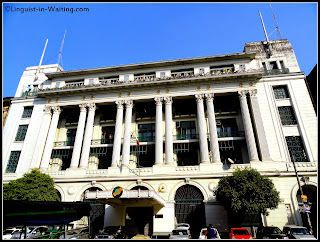 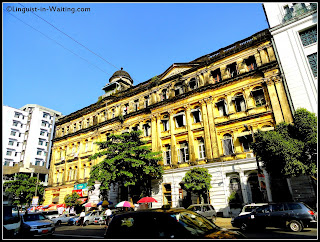 Finally, here are some photos I took of buildings found in Strand Road and Pansodan Road; these are buildings that house government offices, such as regional courts, ministerial offices, as well as bank headquarters. Somehow, I get the crumbling feeling, like they were buildings that are way past their heyday, and now everyone is just waiting for them to slowly deteriorate.