Hobnobbing in the Holy Land: The Old City of Jerusalem

Of course, when one visits Jerusalem, one goes to the Old City. So many visitors come here, most of them are either interested in religion, or archaeology. I am not religious, and therefore I just went back and forth among the various different religious sites like a third-party observer. And yes, I was also in that mode when I visited the Old City.

See, first check out the Western Wall. This is also known as the Wailing Wall or the Kotel. Plenty of religious Jews go here to pray, as they believe that this is the holiest site in Judaism. Tradition has it that this wall is the closest structure to the former Temple. It is quite holy, that Jews walk backward when moving away from the wall, in fear of profaning it. It is quite an interesting site actually. There are separate areas for men and women, and of course, the male area is way larger than the female area. In the male area, one can also go to the library underneath the corridors, where religious men pray, and prayer books are stored. As an atheist, the experience of being there was very surreal. 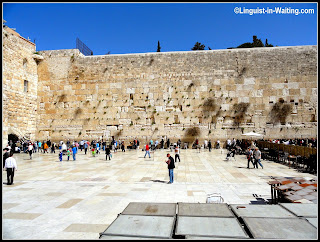 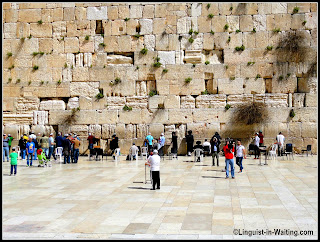 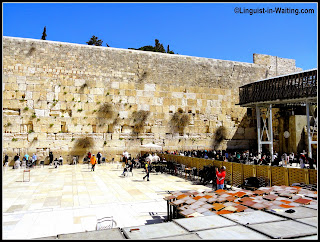 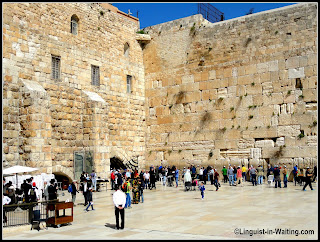 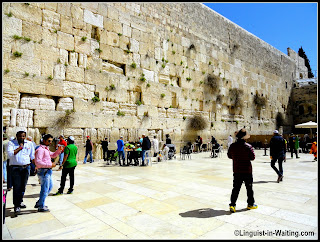 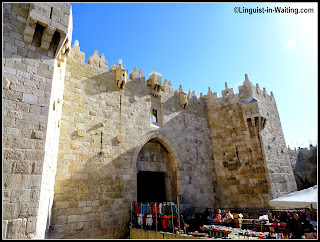 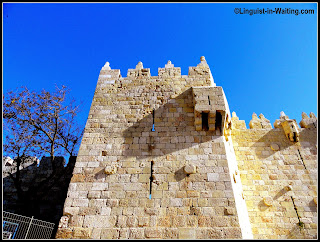 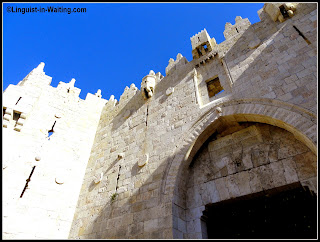 I have also included pictures of the Damascus Gate above; the Old City has several gates, since it is after all a walled city. The Damascus Gate is the one that is most lively, as it leads to the Arab part of the city, as well as to the bus stations for Arab buses that go to East Jerusalem and Palestine. 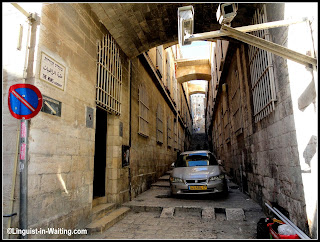 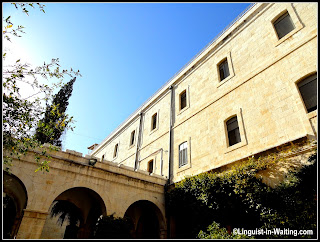 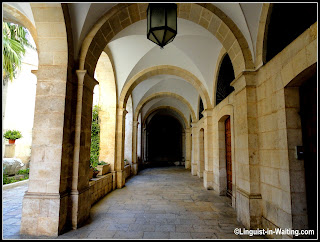 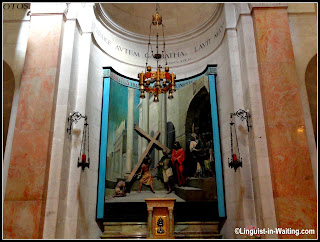 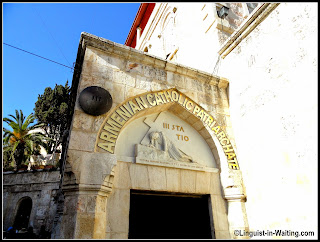 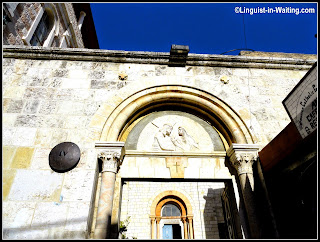 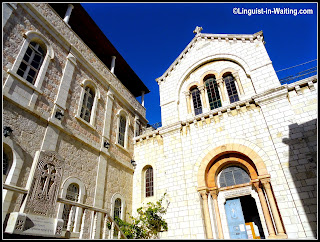 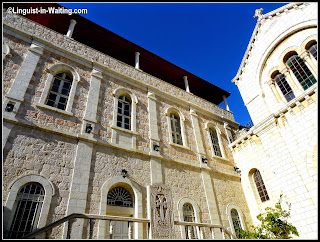 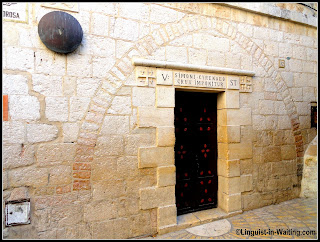 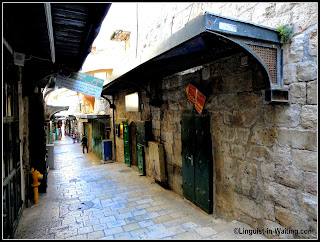 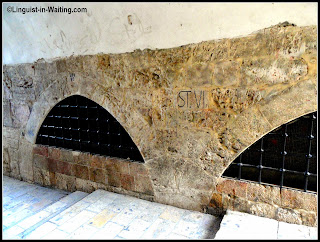 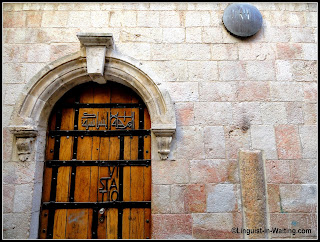 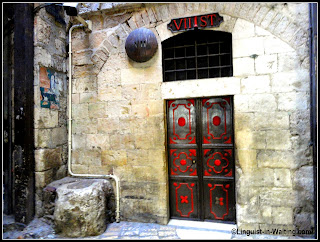 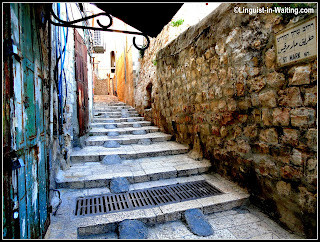 If you are going to do a walking tour of the Old City, then perhaps it is a good idea to follow the Via Dolorosa. This translates as the "Painful Way", and is said to the the path that Jesus walked when he carried his cross and was on his way to be crucified. Tradition says that there were various landmarks along the way, or stations. There are stations where he fell, where he wept, where he gave the cross away, where he saw Mary, and so forth. Religion is such a complicated belief system that I just find it bizarre and irrational to attach cultural significance to these mundane little things. Oh well. Anyway, the above pictures show you a sampling of some of these landmarks along the path. The path ends at the Church of the Holy Sepulchre, where the last couple of stations are located. 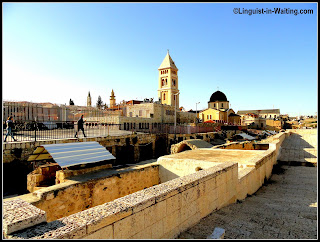 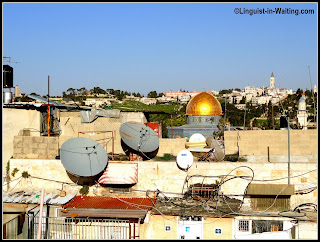 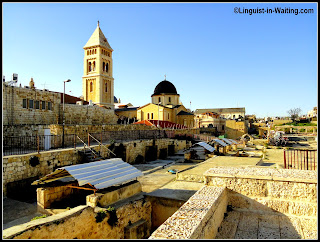 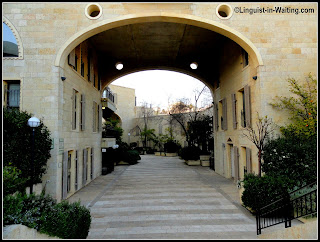 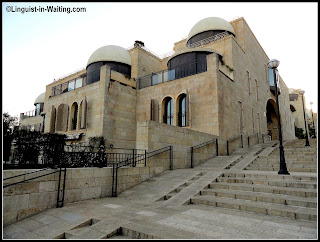 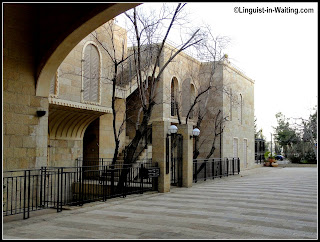 Perhaps the thing I enjoyed the most about the Old City is that one can climb up to the roof and watch what is going on above the chaos. The streets of the Old City are narrow and full of happening things; there are souvenir shops, there are stalls for pomegranate juice, there are carpet sellers, there are various random stores. And there are the people, the tourists, the locals, the religious attendees of the Friday service in the Temple Mount, the pilgrims, and so on. And sometimes this gets too much. So when that happens, simply climb up the staircases leading to the roof of the Old City and enter quiet bliss. Sit down on a bench, and watch the golden dome of the Dome of the Rock shimmer against the afternoon sun.

When one has had enough of the Old City, then one gets back to the new part of town. Perhaps, one passes through these relatively new developments, which are actually rather swanky, if you ask me.

As much as I am against religion, I still find a religious site like the Old City of Jerusalem fascinating. I find it fascinating because it directly reflects the dogmatic nature and behavior of the religious people that venerate this place. There is just no rhyme and reason to it, people have just been doing their traditions since time immemorial.