Meandering in Morocco: The Taourirt Kasbah

After spending three days in the desert, it was time to head back north. The sand dunes near M'Hamid were the southernmost point in Morocco that we visited, and after that we slowly made our way back up on the paved road. So after spending another night in Zagora, we woke up early to get the bus that would take us back to Ouarzazate.

Ouarzazate is actually a new town. It was pretty much nothing before the French, but when the French arrived, they built it into a town that had wide boulevards and such. Hence, this town doesn't have a medina the way other cities in Morocco do. What it has, however, is a kasbah, and a beautiful one at that.

We visited the kasbah, but I should begin with a warning. There are plenty of touts here, and perhaps this is one of the instances where it left us a bad taste in the mouth. When we approached the kasbah, there were already men hanging out near the entrance. Some of them almost succeeded in leading us away from the entrance. They come to you shouting "Kasbah? Kasbah?" and you'll think that they will take you to the entrance, or to the ticket office. Don't be immediately swayed by this, because they will just take you elsewhere. The ticket office is right in front of you. Fortunately, we saw the ticket office, and ignored these people.

It doesn't stop there. Right in front of the ticket office, there will be pushy guides that will try to convince you that you will need a guide to go inside. They will tell you that the kasbah is big and that you will get lost if you don't employ their services. Interestingly, the ticket vendor just sits inside his booth, watching this whole thing. I got sick of it, so I just asked the ticket vendor if it is necessary to have a guide to visit the kasbah, and when he said no it is not necessary, then we were firm and rejected the guide, and went inside ourselves.

Morocco has plenty of these, so it pays to be patient and alert, otherwise, there are plenty of touts and faux-guides that would be more than willing to part with your money.

Anyway, I digress. Let's go back to the kasbah. This one is owned by T'hami El Glaoui, and is kept surprisingly clean, due to the fact that it was used before as backdrops to movies. Hence, they made the effort to preserve it and keep it in good condition. 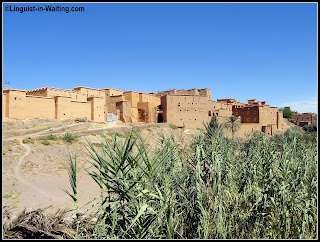 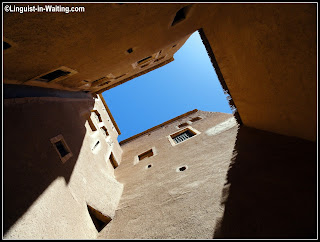 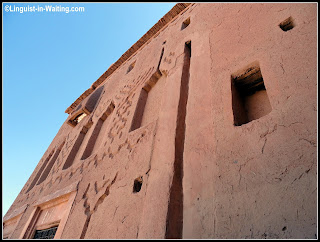 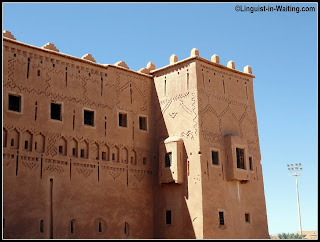 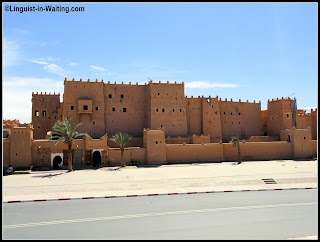 The pictures above show the exterior. A kasbah is a weird concept for a building. It functions as one single building, but inside, there are plenty of inter-connected rooms, and there are public and private spaces. Imagine an apartment complex, yet there is no obvious division between what is public and what is private. It is pretty much one big building with plenty of mazelike rooms. 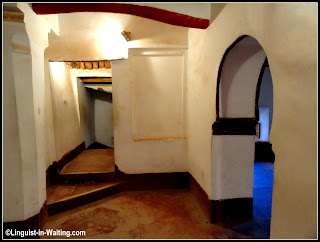 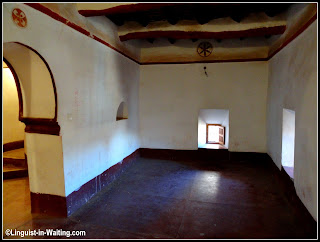 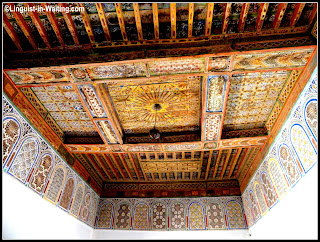 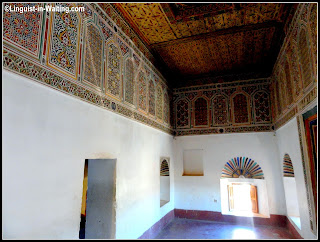 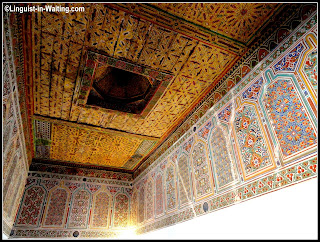 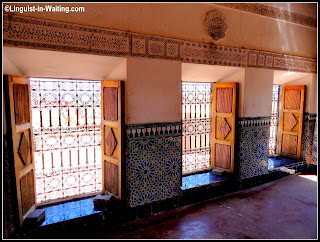 The photos I have above are some interior shots. Some rooms were not restored, others were restored and therefore were interesting to look at. Again, notice the intricate designs that were employed at the ceiling. 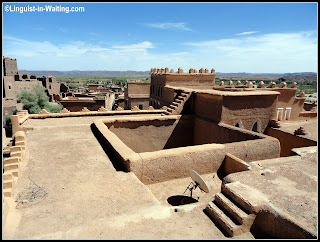 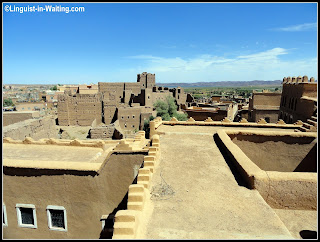 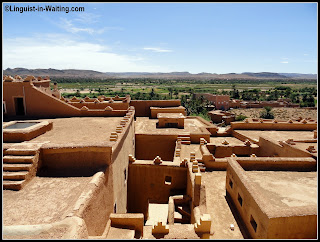 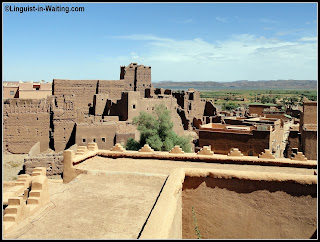 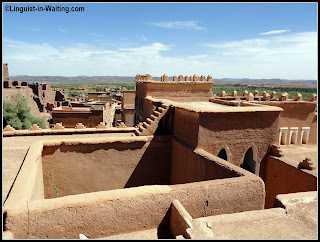 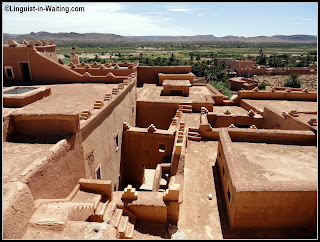 Finally, a view from the rooftop. You can see here how this building interconnects and has different parts. It really is mazelike, but seriously, you won't get lost. Just head back to where you came from and you'll eventually be able to explore the whole building. No need for a guide.

I do recommend this place, but again, beware of the touts. If you want a tour, go ahead. But if you want to visit by yourself, then you have to be firm and decline if you don't want them following you.