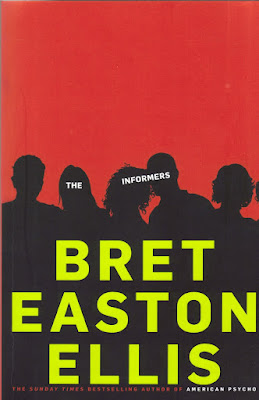 Hmm, I don't know what I feel about this book. The thing is, I have read most of Bret Easton Ellis's other works, and perhaps that is the reason why I feel like I have already read this book before. I feel like this book didn't contribute anything new, and that the author just used old formulas that he used in other books, which I already know. In other words, if I haven't read any other books by Ellis, I probably would have a higher and better opinion of this book. Oh well.

Anyway, this book is actually not a novel, but a collection of short stories about multiple characters that seem to share the same universe. They all revolve around Los Angeles, they have connections with other characters in Ellis's other novels, and they are all shallow beings lacking in depth and character. This is the typical Ellis formula, which has been used in his other novels he has written since then.

Regarding a synopsis, it is hard to write one, because given that this is a collection of short stories, every story is just taking a snapshot of a random shallow character, whether it's a groupie, or a rich kid, or a rich disaffected father, or a vampire. Everyone just wants sex and drugs, in a world that is delimited by Los Angeles.

So no, I cannot say that I am amazed by this book. Perhaps I am already too jaded and familiar with the style. Perhaps it is because I am already familiar with the satire that he presents in The Rules of Attraction, American Psycho, Less Than Zero, and Glamorama. Perhaps because I already get it, he satirizes folks from Los Angeles, and while I initially found it amusing, by the umpteenth reading, it feels like he is now preaching to the choir. And because of this, I am starting to think that he might be a one-hit wonder.

So yeah, I should say that I didn't like this book as much as his previous books. But I also acknowledge that my opinion is extremely colored by the fact that I read several of his other books. I give it 2 out of 5, but if this was my first foray in his work, I probably would rate this higher.