Cavorting with the Companion, Vol. 2: The Royal Kitchen in Christiansborg Palace

The last thing we saw (that I have photos of, at least) before heading back to Berlin was the Royal Kitchen. This is the kitchen in Christiansborg Palace. This is an interesting palace, because all three branches of power have offices here: the executive, the legislative, and the judicial powers all use this building somewhat. Nevertheless, we weren't interested in politics when we visited, rather, we were interested in the kitchen, which is open to the public.

The entrance ticket can be bought only for the kitchen, or as part of the other set of rooms that one can visit in the palace. We only bought tickets for the kitchen, as this was the only thing we wanted to see. 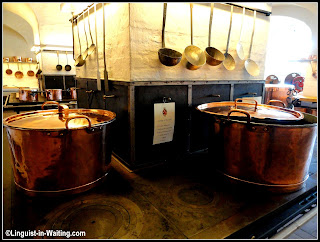 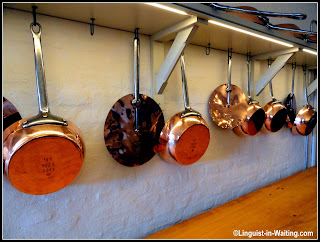 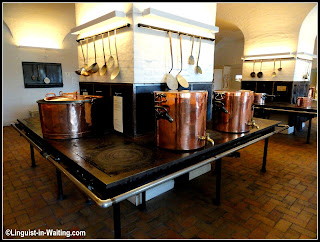 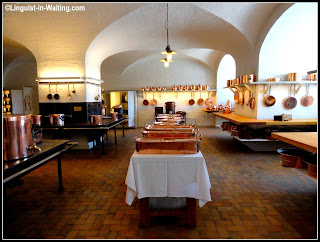 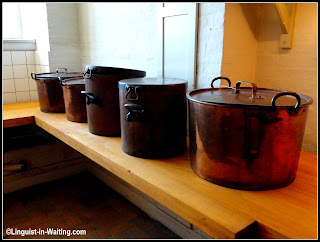 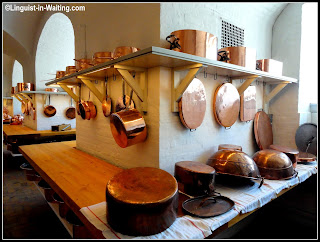 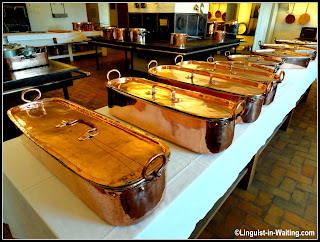 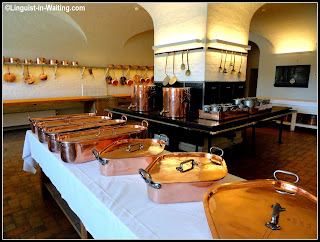 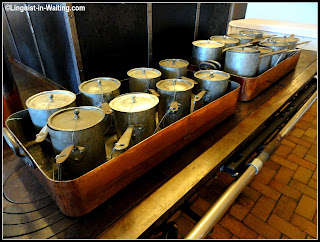 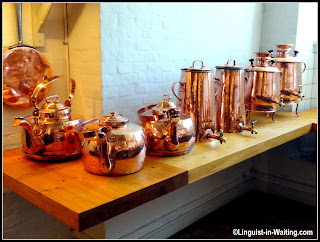 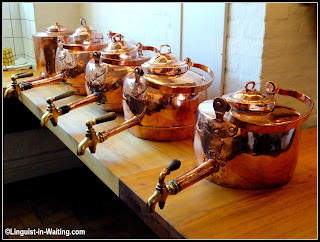 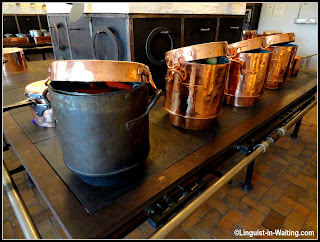 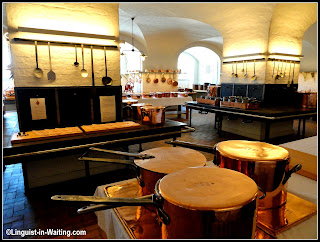 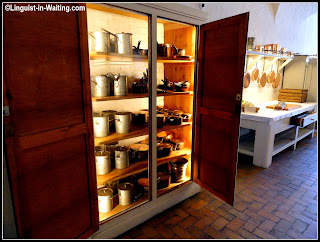 As you can see, there are pots everywhere. The exhibit recreates an official state dinner that actually happened back then, though I forgot what exactly was the occasion. There are multiple courses, and each course has its own dedicated station. If you go along the exhibits, you will see each station, and which course corresponds to it.

Nowadays this kitchen is not used anymore, though the palace still sometimes has events that involve food. In that case, they cook most of the dishes in a different palace where the kitchen is more modern, and they just warm things up and plate it here. At least that was what the video explained to us. 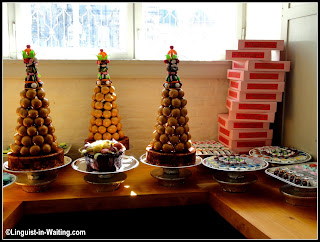 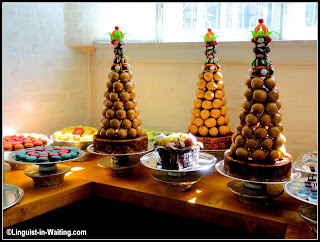 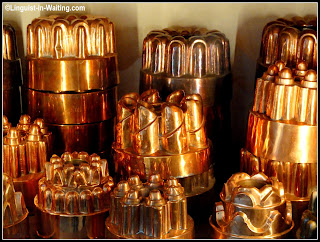 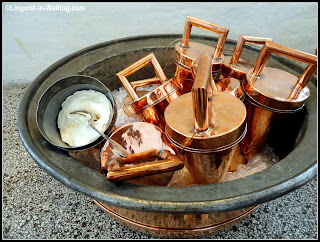 The pictures I have above show the dessert station. They make their own ice cream, as well as all those pastries and cookies and tarts. 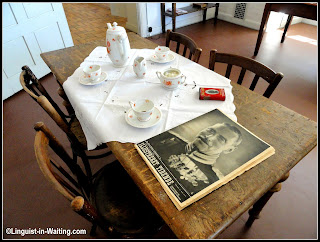 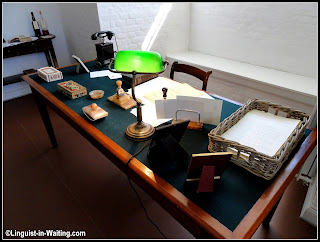 Of course, this is a huge kitchen, so there must be an office to manage it all. This is where it is, right inside the kitchen, in the innermost room. There is a small desk, as well as a small modest table, where perhaps the kitchen chef takes her meals. It is quite modest compared to the dining rooms that the food prepared here ends up. 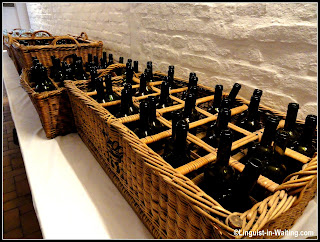 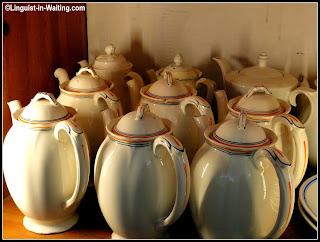 Finally, some photos from the drink station. Of course, after a state dinner, there would be tea or coffee, and yes, there would be bottles and bottles of wine for all the guests. Hosting such an event must be very logistically complicated. Sometimes I find it hard to plan a dinner at home for 6 people, I can only imagine how complicated it would be when we're talking a royal state dinner.

So check this out. It's interesting, if you're into these things.

After visiting this, we went to grab some lunch, and then we went back to our hotel to pick up our luggage. Then we headed to the airport, and flew back to Berlin.

So this ends my short Danish travelogue series. A new one is coming up, so stay tuned.