Sauntering in Slovenia: The Old Town of Piran

After exploring the mountains and the gorges of Slovenia, we then went to the seashore. We were staying in an apartment near Piran, whose Old Town was just walking distance away. This was an interesting town, located on the tip of land, and surrounded by water on almost every side. There isn't a sandy beach, yet even with all the rocks and boulders, there are still plenty of people enjoying the sea. 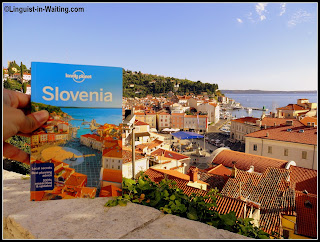 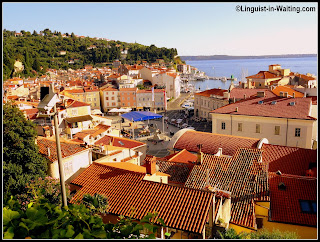 I have to say that this is the second time I have been to the scene depicted on the cover of my guidebook, and took the exact same photo in the same angle. The first time I experienced this was when I went to Georgia and Armenia in 2013. This time, the cover of our new 2016 Lonely Planet Slovenia features a shot of Tartini Square, and here it is, presented in the same angle. 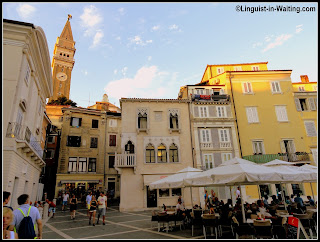 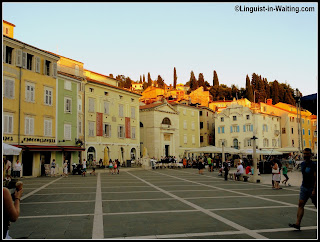 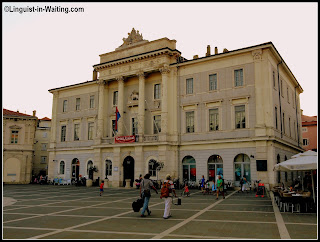 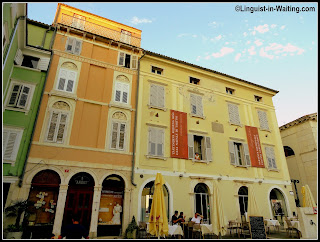 Tartini Square is the town's main square. When we were there, there was a stage set up, and there was a play or some sort of theatre and performance going on. The buildings surrounding the square are all important and majestic. And just so you know, this square used to be an inner marina, but in the late 19th century they decided to fill it up and make it dry. 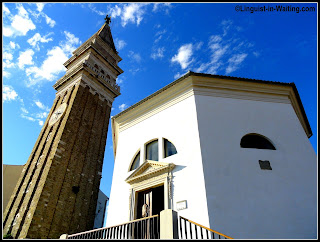 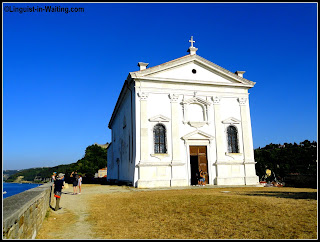 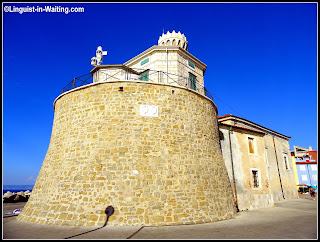 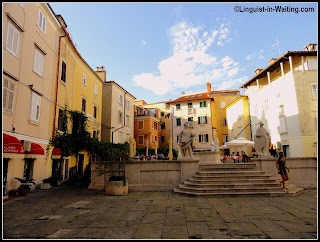 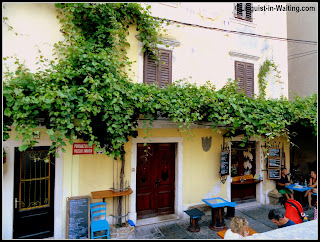 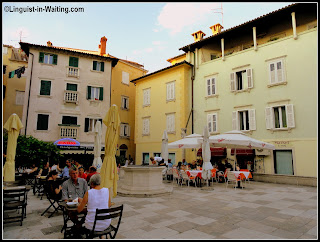 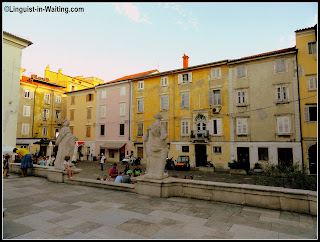 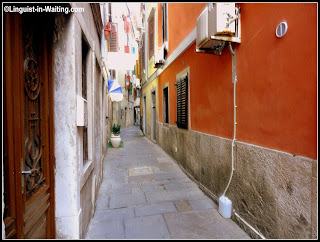 Here are some more photos of this interesting town. Though I have to say that it isn't my most favorite town in Slovenia. It felt a little too overrun by beachgoers, and so you'd see yourself wandering around the medieval buildings, and then out of the blue you'll see people in skimpy bathing suits and carrying inflated equipment walking around on their way to the sea. Somehow, it felt a little cognitively dissonant, as here I was trying to digest the medieval nature of the Old Town, only to be shattered by the sight of a semi-nude bather. The buildings in the old town are either restaurants or vacation homes, and my impression is that there are less people who actually live there, and instead more people who are only there during the tourist season.

Anyway, we only spent an afternoon in Piran. The next day, we decided to explore a different town, so stay tuned for that.