Sauntering in Slovenia: Ljubljana as Seen from the Ljubljanica River

Our last stop was Ljubljana. After spending 8 days driving around, we ended our driving tour in Ljubljana, where we were to fly out after two nights. We arrived at the capital of Slovenia in the morning: we were itching to leave our apartment in Piran (because we didn't like it), so we left early. That meant we were able to return our car early, and arrive to our final apartment earlier than expected. We weren't able to check in yet, but we were able to leave our luggage, while we were walking around the city. So we decided to make good use of our time, by taking a boat tour of the city.

There are plenty of cities with rivers running through it. Berlin has the Spree, Paris has the Seine, London has the Thames, and Ljubljana has the Ljubljanica (I always have to watch it when I type, because I cannot seem to remember how many letters one needs to type these names). It bisects the city, and passes through the Old Town, which is one of the most scenic places in the city. It is said that this river has seven names, and that is because in Slovenia, plenty of rivers originate from the Karst area, which means that it creates gorges and canyons along the way, and disappears underground every now and then. The Ljubljanica therefore is the continuation of the same water source, passing through seven locations, each with different names, going through gorges and caves along the way.

Anyway, so we found a boat, and the tour takes about an hour. It basically goes up and down the river, and takes you to sights that you would normally see in a different angle. The pictures below more or less depicts chronologically what we have seen when we were on tour. 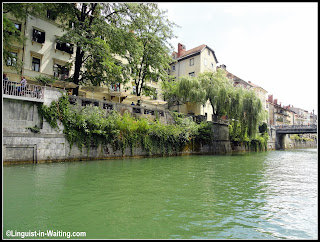 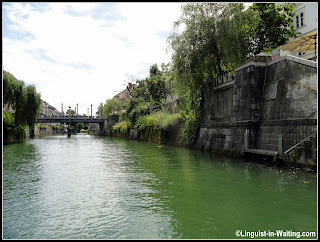 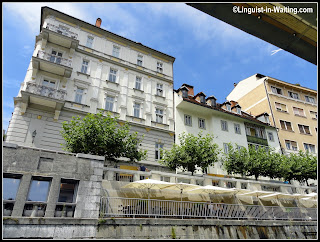 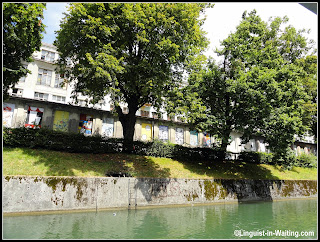 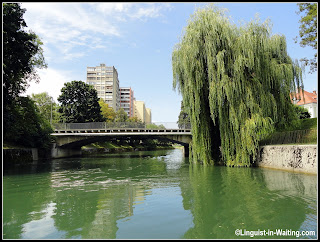 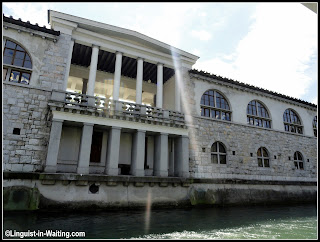 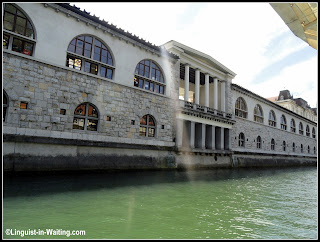 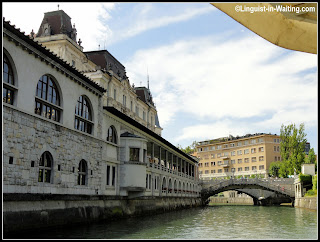 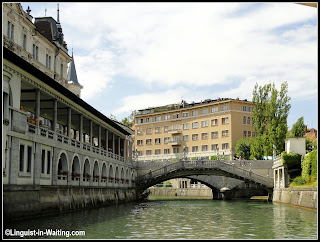 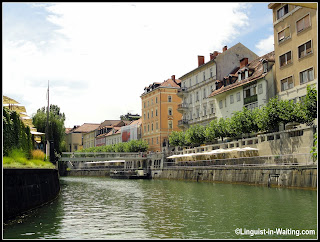 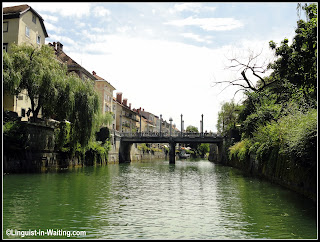 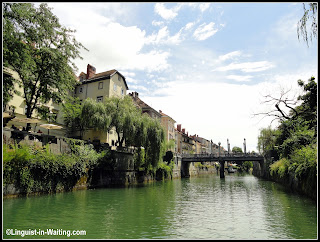 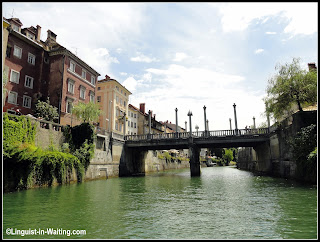 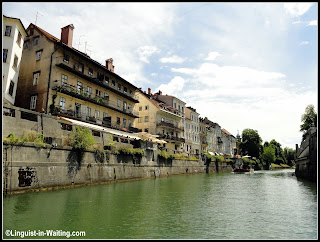 The north side is more or less where the Old Town is. This is also where the river bends. The photos I have above all show various scenes from the Old Town, as seen from the river. During the summer, when we visited, there were plenty of people along the riverbank, as the riverbank is lined up with plenty of restaurants and cafes and bars, and therefore it makes a good place to people-watch. 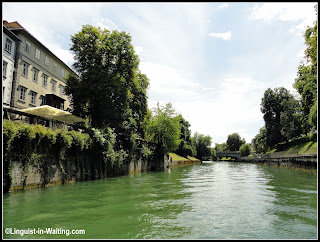 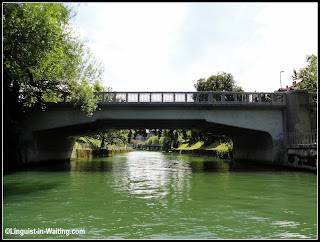 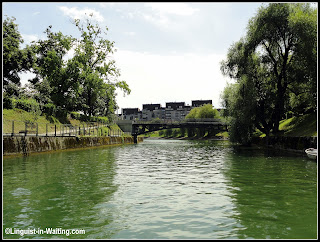 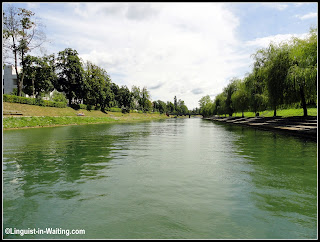 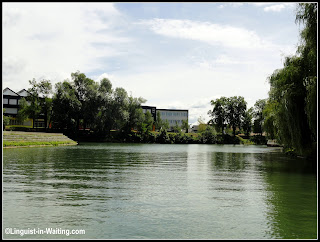 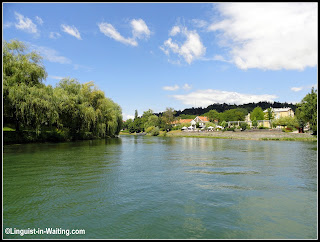 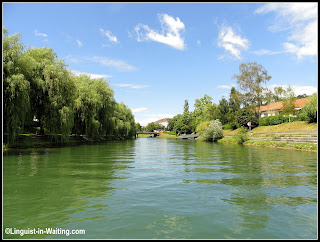 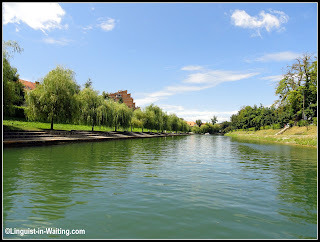 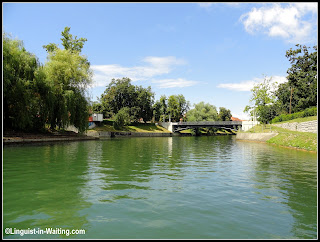 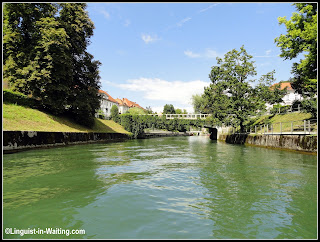 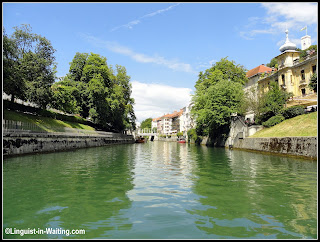 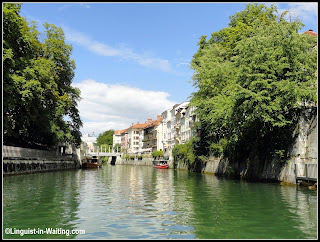 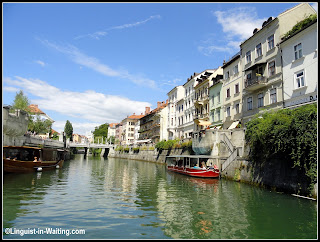 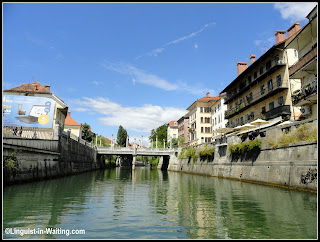 The southern part of the river takes you more to the residential areas of the city. Things are more quiet and green here. There are villas that function as residences of ambassadors, there are quiet apartment buildings, and there is in general a more slow-paced life here in the south than in the Old Town. Instead of sight-seeing tourists, you would see here people on their bicycles, people strolling underneath the shades of trees, and people who are in general just chilling.

It was a great way to spend one hour and explore a side of a city, when you're visiting. So I definitely recommend this to anyone visiting Ljubljana. After an hour, we headed back to our B&B, retrieved our luggage from the storage room, and checked in.