Impressions and Images of Iran: The Holy Shrine of Imam Khomeini in Tehran

After hiking the Alamut Valley, I headed to Tehran, which was my final stop. I left my hotel early, wanting to take a bus, but since it was Ashura, buses were not running, and the only option to go to Tehran was by shared taxi. So I took a seat, and after waiting for the taxi to be full, we headed off for Tehran. The highway was empty, as everyone else was still not in town. I found myself a place to stay, and after putting down my things, I headed to the south, to see the shrine of Ruhollah Khomeini.

I don't remember Khomeini when he was still alive. All the knowledge I have about him were from later, when I read encyclopedias and history books. I know that he was the leader of the Islamic Revolution in 1979, I know that he was exiled in Paris and came back during the revolution. I know that he was the first Supreme Leader of Iran. But perhaps what I know more about him, and what for me makes him more interesting, is that he was the Ayatollah who issued a fatwa against Salman Rushdie. Since I am a fan of Rushdie I was curious to know what kind of person would want him dead.

Anyway, I was discreet, of course. I didn't bring any Rushdie novel with me during the trip (of course, The Satanic Verses is banned in Iran). I just packed my camera and my guidebook, and headed to Khomeini's shrine.

You can get there from central Tehran by riding the metro. After a half hour ride, you'll be there. It's a big complex, and even though it is a mausoleum, it doesn't feel like a somber place. People can freely mingle and hang out. Heck, there's even a shopping mall attached to the whole complex.

So I went in, finding the entrance. There are separate entrances for men and women. Visitors deposit their shoes, and then go through security. The guy at the security turned on my camera to see if it really is a camera. Cameras are allowed. Men have a different security area than women, but they can freely mingle inside. 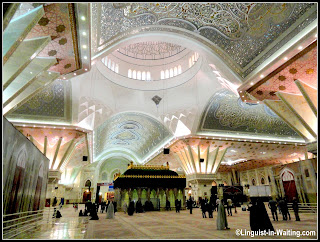 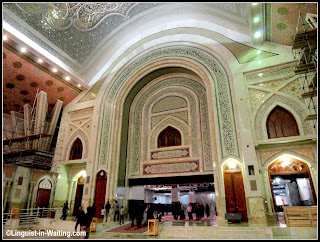 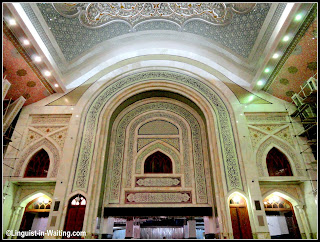 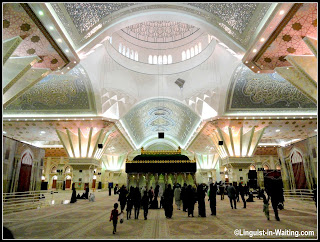 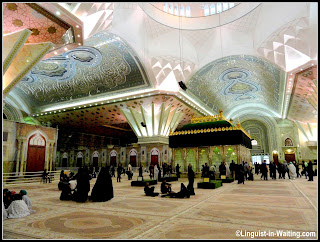 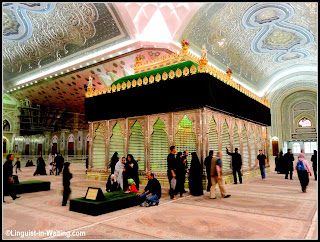 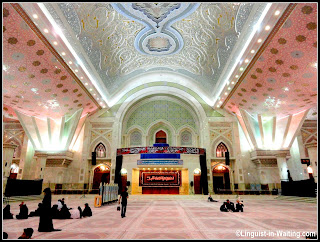 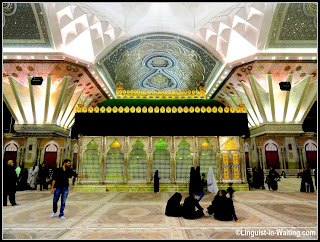 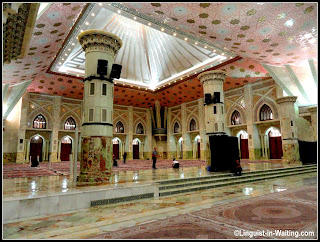 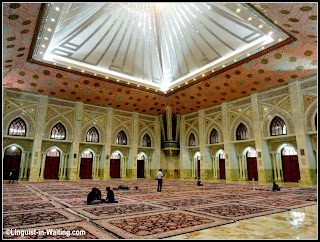 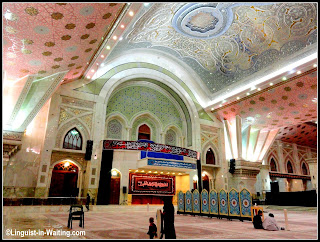 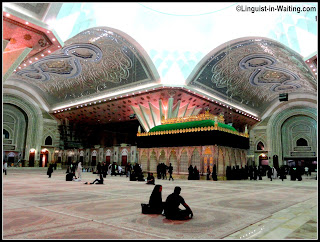 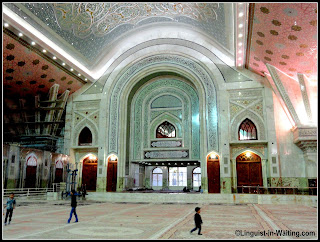 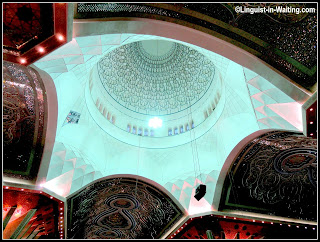 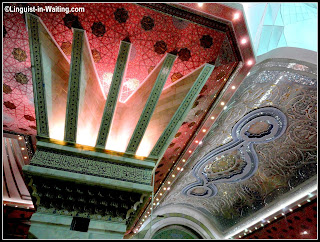 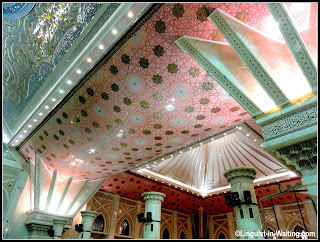 It's a huge place. It is opulent and megalomaniac. Marble is everywhere. And somehow, even though there's a grave right in the middle, people use this as a social area. Heck, I even saw young guys and girls, couples perhaps, acting like they were dating. It was definitely something that I don't quite understand, since I saw behavior that I would typically expect to see from young people in a shopping mall.

Anyway, you might have noticed that a lot of people are dressed in black. That's because of Ashura, which was recent. It was definitely interesting to ride the Tehran Metro and find myself in a car full of men all dressed in black. 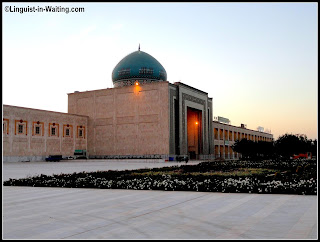 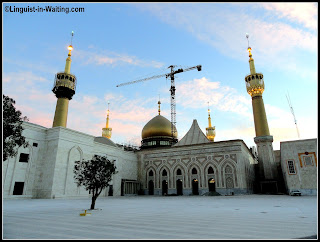 I went there during the late afternoon, and when I was leaving, the sun was setting. As you can see, there are cranes that are installed. After all, the place is still under construction, and will be so for a while.