A Long Weekend in Oslo: The Henrik Ibsen Museum

I cannot say I am a fan of Henrik Ibsen. As much as I like watching plays, I am not as enthusiastic about them as I am with classical music. Perhaps it has something to do with the medium: I can easily access music and play it over and over again, but with theatre, it's a medium that is hard to replicate. So yes I am familiar with theatrical works, but I am not an expert in them. I know of Henrik Ibsen, but I don't really know his work. I have watched Hedda Gabler before once, but I can't recall what it was about.

And yet I find myself in Oslo. So I visit the Henrik Ibsen Museum. 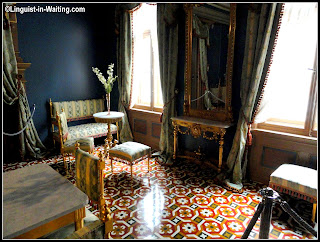 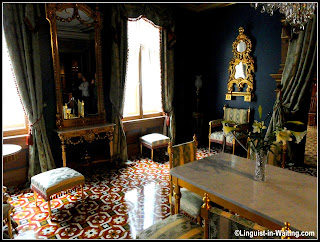 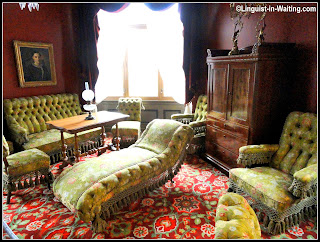 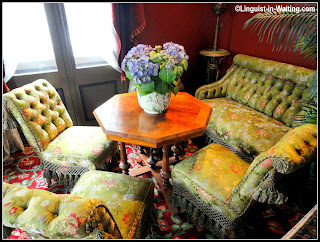 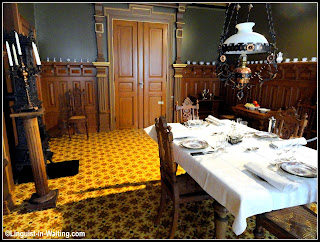 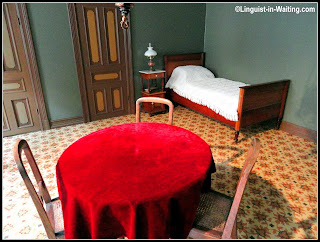 The Ibsen Museum actually occupies the last flat that the playwright has lived in. It actually has a very good location: just a stone's throw away from the Royal Palace, in the city center. Ibsen lived in the flat from 1895 to 1906, and according to our guide, he had quite a routine going from his flat to a nearby cafe drinking his coffee and reading the paper. Apparently, he became sort of an attraction back then, especially since his plays have been famous by that time.

Anyway, we saw various rooms, that were designed as it was back in Ibsen's time. His wife lived there until 1914, and when she died, the rooms and their furniture were actually scattered all over the place, and various museums collected it. Only later did someone had the idea of recreating the flat, so these collections eventually found their way back to their original location. Some of the items couldn't be restored, and so copies were made.

Aside from recreating the flat, the museum also features a massive exhibit on Henrik Ibsen and his works. Apparently, he had rather progressive views, and his plays reflected it. Unfortunately, I am not too familiar with his works so I cannot really confirm that. What I do remember is that apparently the ending of A Doll's House was quite controversial, because Nora left her husband, and people back then didn't like that. Perhaps I should go ahead and see it if I have the chance.