As I mentioned in an earlier post, Cuernavaca wasn't immediately impressive. It took a little bit of time before I got myself into traveller mode. Perhaps it was the jet lag, or perhaps it was another reason, but in any case, the first few days were slightly tough.

The buildings in Cuernavaca weren't the prettiest. I wandered around the town centre, checked out a bunch of places, but nothing was really memorable. The Palacio de Cortes was closed, perhaps due to the earthquake. There were several roads that were being dug up and renovated. But in any case, I enjoyed the food. They definitely serve good Mexican food here.

Anyway, aside from eating, I explored the city. I walked around. I saw old churches. Like for example the cathedral. 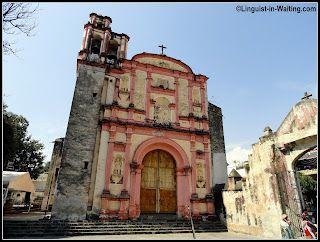 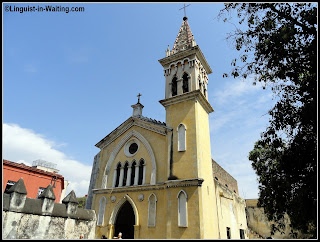 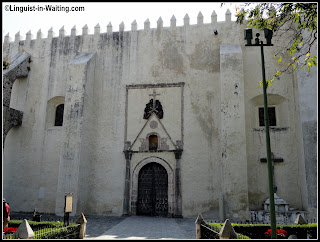 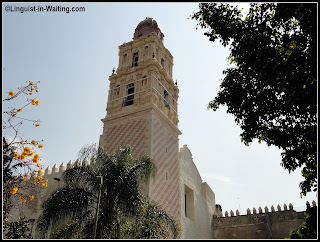 But somehow I just didn't get it. It's like there was an internal expectation of me that things are fabulous, except it is just quotidian. I feel like I am in my element, with the traffic jams, air pollution, dirt, and all the other signs pointing that you are in a third-world country (that's why I tell people that I always get reminded of the Philippines when I am in Mexico), yet I was expecting something that was amazingly cool yet it is nowhere to be found.

Maybe I just built up a huge expectation of what Cuernavaca is but visually I was not seeing it.

In any case I enjoyed the food. 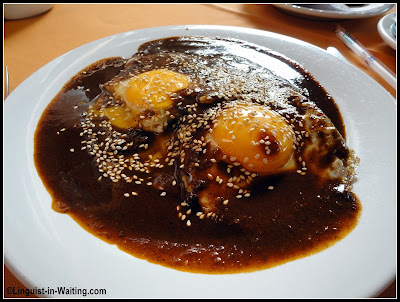 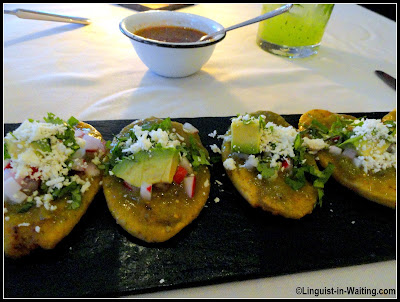 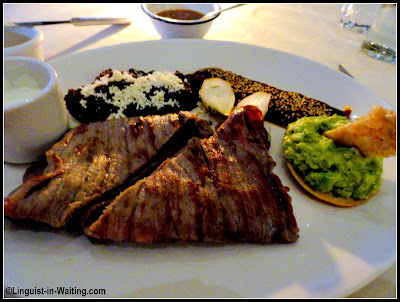 The first picture depicts eggs with mole: mole is a type of sauce that is of Mexican origin, some of them even calling for 20 ingredients. The most famous one is the dark brown version, which is also known as mole poblano. It was a highlight of my culinary experience here, and later on in Puebla I would encounter it again, in its hometown.

The second picture on the other hand is a starter composed of tlacoyitos. A tlacoyo (Mexicans tend to make things smaller and cuter by using the diminutive form of the word, which is done by adding the suffix -ito/-ita) is a pre-Hispanic Mexican dish made of masa. It is then loaded with various condiments, and so I ordered a plate which served as a starter.

The third picture finally is the cecina, which is a typical Morelian dish, where you get very thin strips of marinated meat and grill it. I wanted a typical dinner hence there were plenty of local ingredients. This was in Casa Hidalgo, a rather fancy place in the plaza, overlooking the Palacio de Cortes.

Anyway, I had a mediocre start, but things started looking good from this point onward. I used Cuernavaca as a base to visit two other sites nearby, which were both day trips. Stay tuned.