Monday, October 1 involved plenty of driving, this time on the western part of Jutland, driving through rural areas and back roads. I don't think we even used a highway on this day. And as usual, natural features are our targets, and so we began by first heading to Bulbjerg, a limestone cliff in northern Jutland, facing the Skagerrak. Another interesting feature of this cliff is that it is the only rock formation in Jutland, the only bird cliff in the Danish mainland, and the only breeding place for the black-legged kittiwake in the Danish mainland. And yes, it does feel like the end of the world, with not a lot of people visiting this place. 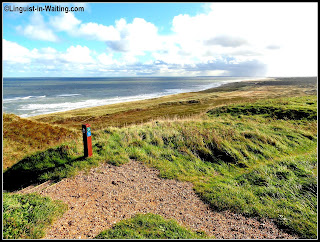 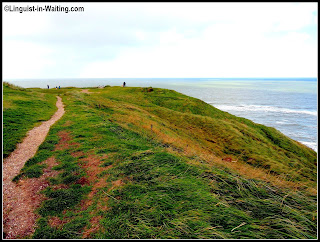 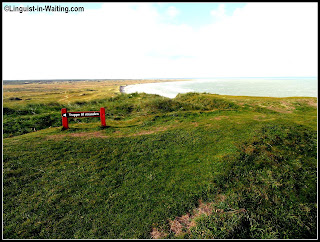 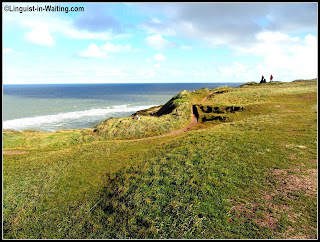 This area is an interesting place - after you leave the parking lot, you realise that you're actually on the top of the cliff, which is covered by grass and is very green. The wind is rather strong, which is unsurprising given its seaside location. There are trails all over the place, so if you have the time, this is absolutely a great place to explore and take a walk. There's also a bunker, which you can enter. But if you want to go to the cliff side, then you have to descend and access it from the sea. 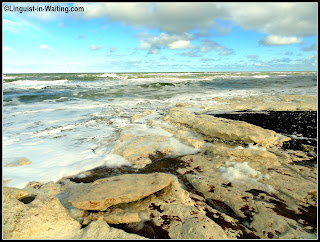 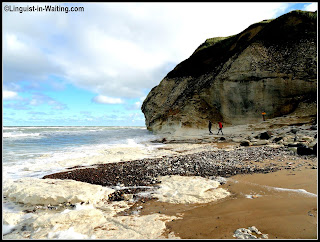 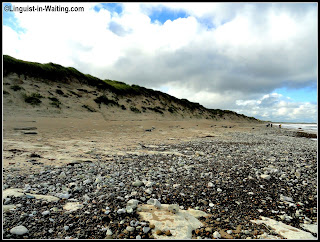 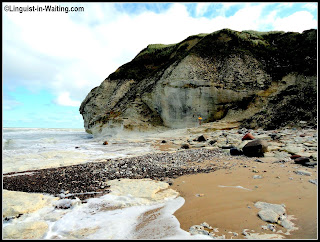 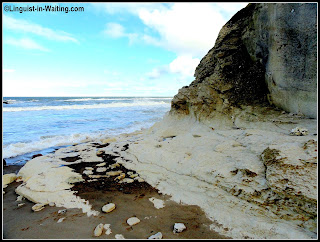 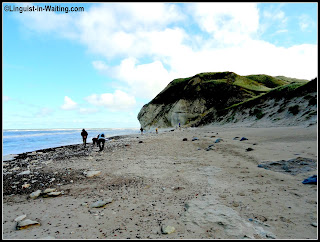 So after climbing down the staircase, we saw ourselves by the beach. It was high tide at that moment, so we couldn't access the bottom side of the cliff. In any case, it was windy, stark, and naturally remote. It definitely had this feeling of windswept romanticism.

After checking this area out, we headed back to the car, and drove further. Our next destination is the Thy National Park. Stay tuned.