It's time to go home. So we drove from Jutland, crossed a few bridges, and headed toward Copenhagen. Our last stop for the day was Odense, a city located on the island of Fyn, in between Jutland and Zealand. We stopped in Odense for lunch and coffee, but we also spent a little bit of time walking and exploring the city centre.

Funny, I actually have been to Odense back in 2008, during my first visit to Denmark. There was a week-long workshop that was hosted by the University of Southern Denmark, and I attended. I remember enjoying Copenhagen, as well as Helsingør, but because I was busy with the workshop in Odense, I didn't really check out the town. So yes, when I got back there ten years later, I didn't really remember anything. 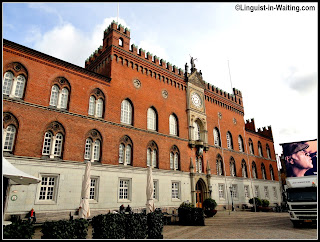 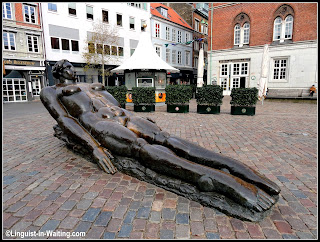 The massive building at the centre of town is the Town Hall. And in front of it is a weird statues of a voluptuous woman. 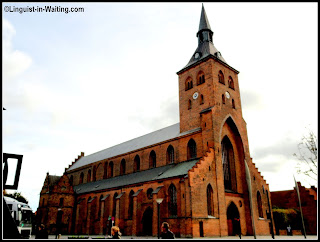 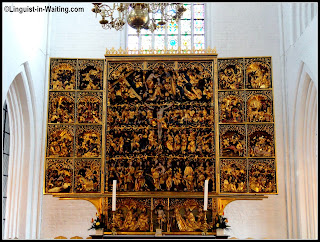 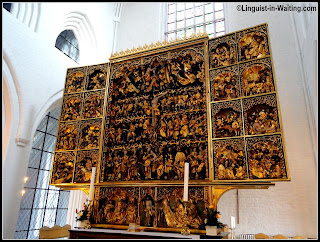 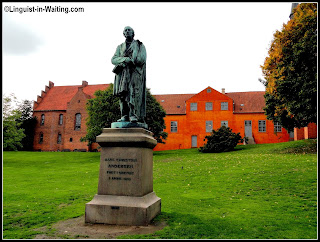 There were some interesting churches too, but we didn't check them out too meticulously. 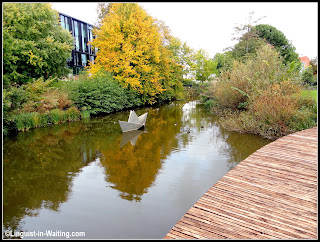 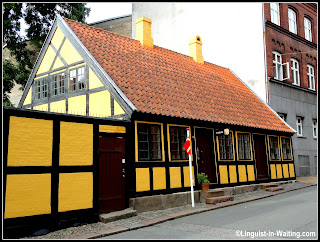 There's also points of interest that are related to Hans Christian Andersen, who was a native of this town. For example, the above photo shows his house. 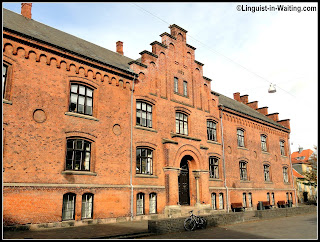 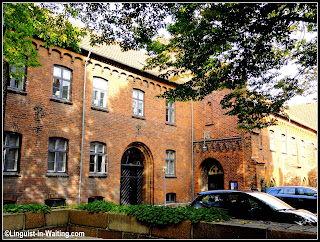 There were some other interesting architectural features of the town, which we checked out briefly. But after spending an hour wandering around, and getting coffee in a nearby cafe, we headed back to the road. We drove past briefly to the University of Southern Denmark, and yes, I do remember the campus. But after that, we got back to the highway, headed to Copenhagen, and arrived at the airport where we dropped off our car, and boarded a flight back home.

This ends my series of posts chronicling our trip to Denmark. By this time, we feel that we have seen quite a bit of Denmark and so we'll give this country a rest. It's time to visit other places in this planet. So stay tuned, there's a new travelogue coming up!