I have planned a day trip for Saturday. The reason is because there is a town north of the equator called Otavalo, and it is famous for its Saturday markets. I know, it is the second most-cliche destination in Ecuador after the Galapagos Islands, but, why not?

Otavalo is situated high in the Andes Mountains. So I needed to take a long-distance bus to get there. Also, it is advisable to get to Otavalo early in the morning, so that I could see the goods first-hand and avoid the crowds of other tourists. So, I decided to skip the hotel's breakfast and head straight to the bus terminal early in the morning, around 6:30 AM. I needed to go to Cumanda Bus Terminal, which is a couple of minutes walk from my hotel. 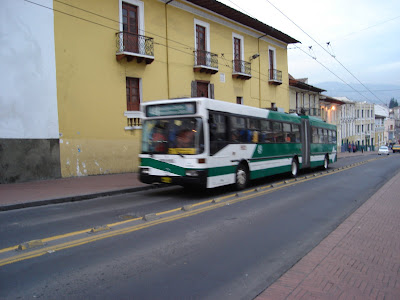 Here you can see one of the trolley-buses plying Quito. I could have taken that to the terminal, but it is only a stop away, so I decided to walk instead. Besides, the weather was great. At the end of this steep street is the bus terminal.

In the bus terminal, I just bought some bread and bottled water, and some other interesting things to eat, as a substitute for my breakfast.

I love the way Ecuador functions, especially in the transportation sector. I guess other tourists from the first-world countries may find it a bit chaotic (similar to some reactions by Amazing Race contestants in some parts of the world), but for me, it is just very similar to what I have in the Philippines.

Once in the terminal, I needed to find the correct bus company. There are tons of bus companies that sell tickets in the terminal, going to tons of destinations anywhere in the country. A few moments later, I found my desired bus company, and bought a ticket going to Otavalo. I paid the 0.25 USD terminal departure fee, and boarded the bus.

The drive (which took 2 hours) was amazing. We drove through the Panamericana (The Pan-American Highway, that runs through North and South America) and through the Andes Mountains. I was gaping at every view I saw through the window. The following are some of my shots. 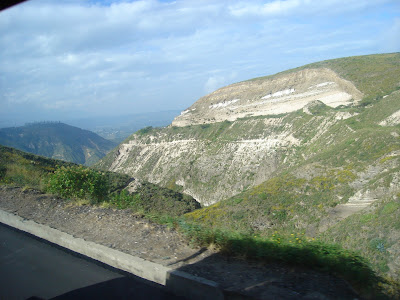 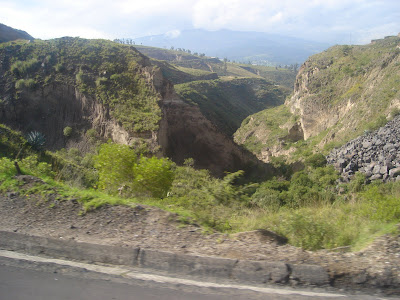 I arrived there around 9:00 AM. The bus ride was interesting as well, because you will meet interesting people inside. There would be preachers that would board the bus and preach, there would also be people who sell sexual aids and alternative medicine that supposedly would cure impotence, and other stuff. Very interesting. 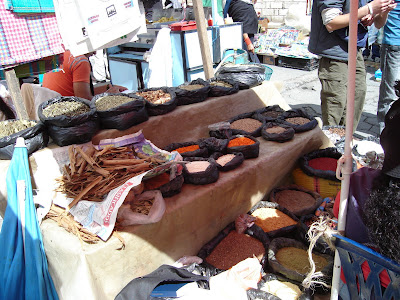 This is a shot of the market. They sell spices like these, not in small bottles as in the US. Of course, I did not come here for the spices, but instead, for the ponchos. So I walked around, and surveyed the area, before I made my purchase. After seeing every stall, I bought two ponchos, four feminine scarves (for my family), and two shrunken heads. All of the vendors were indigenous people, and they do wear the traditional garments. 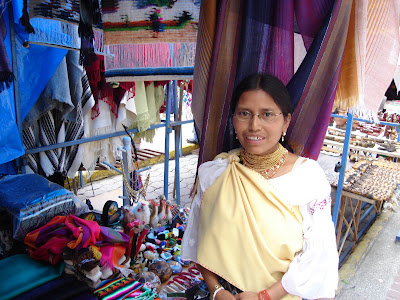 This picture is a shot of the vendor in which I bought the scarves. I asked her Puedo sacar una foto? and she replied in the affirmative. She wears a traditional Otavalo outfit, consisting of a lace white blouse, wrapped by a beige blanket-like cloth (that can be used to wrap the baby to their backs). She also wears the plastic necklaces that everyone wears, and a black long skirt, which is not shown in the picture.

I ate in a Otavaleno restaurant called Mi Otavalito, and ordered the plato tipico. Again, corn and more corn. But the fried pork was good, and so was the ceviche.

After lunch, and with a backpack full of goods, I decided to hike 4 kilometers out of town to find El Lechero, a supposedly magical tree. But then, halfway into the trek, I was the only one hoofing the steep road, and there weren't any signs anymore, and so I decided to turn back. The views were amazing though, but no El Lechero for me, at least for this time.

So around 2:00 PM, I walked to the bus terminal, and caught a bus back to Quito.

Later that night back in Quito, I decided to capture night shots of the old town. This is because the old town is illuminated at night, and so they make good eye candy. So, after dinner, I got my camera out, and took pictures. 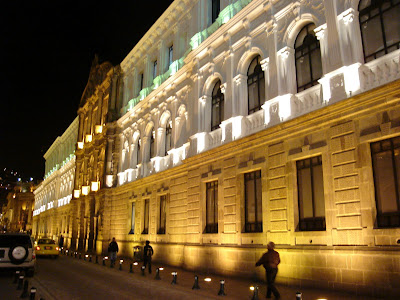 This is the Centro Cultural Metropolitano. It makes a good view because the whole building is illuminated. 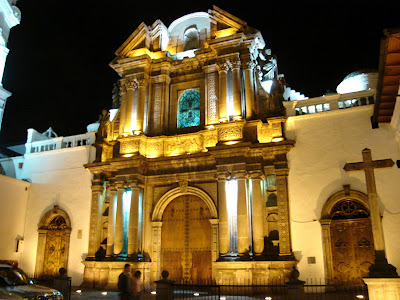 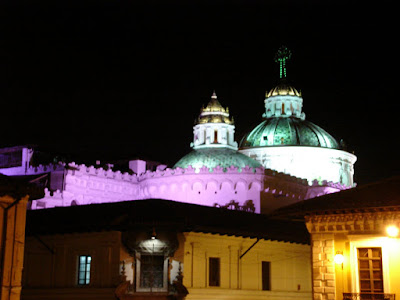 The domes of La Compania de Jesus, illuminated in purple. 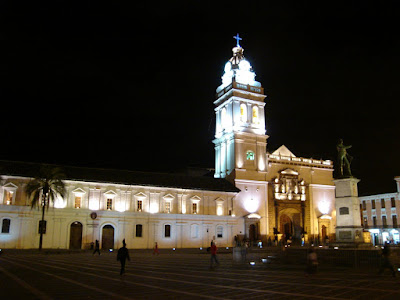 Finally, the Plaza de Santo Domingo in front of my hotel, albeit in a different light.

That ends my third day in Quito. My next day would be my trip to the middle of the world, and my first volcanic trek.

So again, before I go, enjoy another photo from my Old Fort Niagara Series. This is the powder magazine of the fort, facing Lake Ontario. Enjoy. 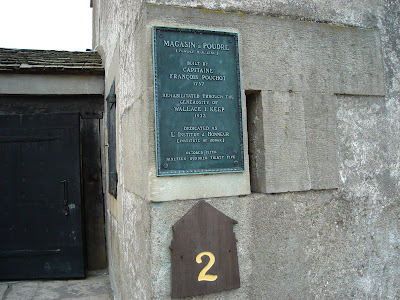