The Mystery of the Key

Friday (yesterday) was a surreal day for me. It was rather long, and had quite some bits of happenings that are worth telling.

First was the lab meeting that I attended. A close friend of mine was presenting her research, and although I had a conflicting meeting in the Student Union (therefore requiring me to leave early), I still made it a point to show up and show support. She was presenting, and two of the semanticists in the department (one being our adviser, the Frenchman, the hilarious guy who is proficient in mouth yoga; and another one, a German bloke, with weird hair and an eccentric personality) just went arguing over and over. It was rather hilarious watching them lock horns.

Anyway, after 45 minutes, I got up and slipped quietly out of the room. I then proceeded to the Student Union to attend another meeting. I wasn't too eager for this one, given the fact that this was pure business. But this is something I had to do.

Anyway, at around 5:00 PM, a few friends of mine headed to Starbucks to get some coffee. It was windy, so I got my Ecuadorian killer sweater (complete with knitted llamas and a sun with a smiling face). Apparently, my sweater attracts quite some attention. A complete stranger tapped me in the shoulder and asked where I got it, and when I told him that I took a bus ride in the middle of the Andes Mountains to go to this small town of Otavalo in Ecuador to get this killer sweater, he told me that he was from Peru. I told him that I am planning to visit his country in the near future. He remarked that I am a "brave man" for flying to South America and backpacking solo. We then exchanged numbers later because he said that I might be interested in some Latin events that the students from that part of the world sponsor.

Speaking of that, I seem to have a strange fondness to anything Latin American. My idea of exotica seems to be tied to this cultural nucleus, and there are preferences in my life that can be tied to this. One example is the radio station that I am listening right now, which is the reggaeton station in Yahoo!

After that, I went back to my office and did some work. And when 7:00 PM came, we all headed to the Student Union Theater for a free movie. We watched Fracture, which was a rather engaging legal/thriller film. I liked the way Anthony Hopkins portrays the villain. I guess he is very good at it.

Then, after the movie, we were about to go home, when we realized that it was pouring hard. Good thing that one of us had a car, and so we tried to fit inside his small sedan. I had two ladies on to my left and right! Kidding aside, we decided to proceed to the Lake Effect Diner, which was an eating place near in my neighborhood which seemed to be a time-warped place, stuck in the 60's. Here you can order breakfast, lunch, or dinner anytime.

Then, we dispersed a little before midnight. But when I got to my house, I couldn't find the key, which was supposedly left by my roommate in the mailbox. Earlier, he told me that he left it in the mailbox because the fact of the matter is, there are two people living in my unit, me and my roommate, but the landlord was slow in providing a second copy for my roommate. The maintenance person apparently changed the locks but there still is somehow a copy lacking.

Anyway, the bad thing is, I cannot wait for my roommate. My roommate went to Ithaca, NY, which was 3 hours away (one-way) from Buffalo, to watch a football game between Cornell and UPenn. So, I went to my Argentinian friend and asked him to put me up for the night, all the while trying to solve the mystery of the missing key, since my roommate was insisting that he left it in the mailbox. And when I checked it, all that was there are some spare screws. So I was thinking that some stranger took our keys. And my cell's battery was low.

My Argentinian friend was kind enough to let me sleep in his living room. He had an airbed that I was able to use. Anyway, at around 7:30, I woke up, and got back to my house. Now the weird thing occured.

But when I looked at the door, it was open.

I ran up the stairs, since a big red flag was raised in my head. Everything seemed to be wrong. I plugged my cell to the socket, since it was already dead. I tried calling my roommate's cell, but he wasn't answering. His door is locked, which isn't the usual case. Another red flag. I tried knocking at the door, but nobody was answering. I know that he is a deep sleeper, but he may as well be stabbed by some killer.

My bedroom was still closed, and locked. I opened it, and checked all cabinets. Everything was still inside. I checked the kitchen. My knives were a bit disarranged. I checked the garbage for signs of cooking, as to whether my roommate was in the house or not. I checked the bathroom, felt his toothbrush as to whether it was wet or dry. I was trying to call him all this time and knocking at the door as well.

Finally, he answered. So he was there after all.

But the mystery of the lost key wasn't solved yet.

I then went to the dry cleaners to dry clean my two coats (it is starting to get cold already, so I should do this before winter comes in full blast) and then proceeded to school. We had the arrangement to pass the two keys at school, since I was leaving the house earlier but coming earlier as well.

So, there you go. Mystery solved. We now have two keys each for each of the two doors that we need to open.

Sometimes, things like these happen. They surely make your life exciting. 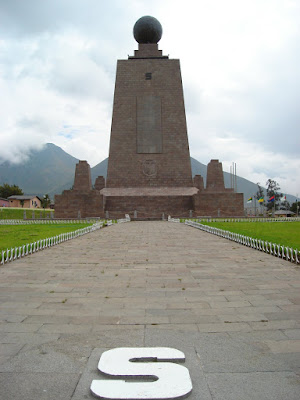