So, I went through my archives yesterday. And I found out that last year, when I was heading down to Quito, I already told my fans where I was heading as early as January.

I am heading down to Cuzco and The Sacred Valley.

So the plan goes like this (sit down and grab some chips if you want to):


So there, that's my itinerary for this May. I have a total of 8 flights, 2 train rides, and reservations in 4 different hotels. It is a very complicated itinerary, that's why I decided not to go here last year and go to Quito instead, given the fact that it would be my first time to travel alone. I am very excited, and come to think of it, it is only about two months away.

So, that's the reason why I am watching the state of affairs there in South America, given the fact that there are recent developments between Colombia and its neighbors. Hopefully, this won't impede my vacation plans. 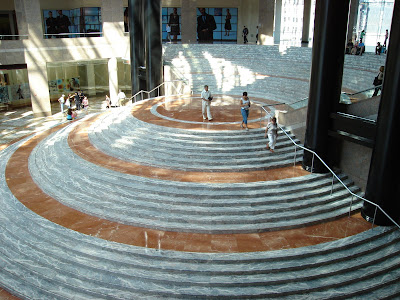 (The semi-circular staircase, from my New York City Series)