I hate this feeling that I am experiencing at the moment, that is, of emotional ambivalence. It feels like I don't really know what I feel, I feel like I should be happy and at the same time, I feel like it's the other way around. I suppose I missed the routine that much, that when I got back here and found out that there isn't a routine yet, I get disappointed.

Or maybe it was travel fatigue. The fact that I was on the road for the past month maybe took a toll on me.

Maybe I should start with a recollection of my trip. So yesterday, at around 5:30 AM Central European Summer Time, I woke up, took a shower, and an hour and a half later, found myself sitting inside a cab being transported to the airport. I suppose no matter how much experience one has in traveling, traveling still is a stressful endeavor.

The first stressor was in the airport check-in itself, when my second checked bag was a kilogram overweight, and the first checked bag, which was actually a few kilograms underweight, was already sent to the conveyor belts so I couldn't transfer a few items from the second bag to the first bag. I ended up putting some things into my bookbag which I was carrying in the flight. My flight to Paris was ok, I got a good seat in Business Class (well, the plane had a business class section, but they were only operating First Class and Economy, so I had the same service as the rest of the passengers behind me, but I had a slightly bigger seat), and the plane departed and arrived on time.

When I got to Paris, I thought I would not have to get out of security since I was only in transit, but no, that was not the case. I had to get out of Terminal 2B of Charles de Gaulle International Airport and walk over to Terminal 2A. I found the airport very poor in signage. If a traveler did not know what terminal his airline departed from, he would be in deep trouble. Good thing I did preliminary research and so I knew which Terminal American Airlines was operating out of. And due to the fact that my first leg was operated by Malev Hungarian Airlines, I had to get a new boarding pass, even though I was already checked all the way up to Buffalo. So American Airlines took my old boarding passes issued by Malev and gave me a new one.

The bad thing was that I had to queue up along with all the passengers originating from Paris. And the line was long. I suppose there would be this equation: Fly to the United States = Long Lines wherever you are. There were so many people checking in, and I spent a good thirty minutes just waiting for my boarding pass to be taken and issued a new one. There was extra security too: they asked whether I was the only one who packed my luggage, they asked whether my laptop was recently repaired, they asked whether which countries I visited during this trip, and so on.

Then I cleared Paris security and had my passport stamped, thus exiting the Schengen zone. Charles de Gaulle Airport was very hot, I suppose the French had either very poor air-conditioning systems or their bodies are simply wired differently. I was sweating all morning.

Finally, I was in the duty-free lounge, and I had the intention of buying a new fragrance for myself. There were plenty of choices in Paris, but I already bought one in Budapest. That turned out to be a good thing, because the duty-free area in Paris was packed; it seemed that everyone wanted to buy a bottle of cologne that day.

I finally boarded my second plane, and I ended up sitting in an aisle this time. My intent in doing so was to get off fast, and line up on the Immigration line faster. But that proved to be futile. Anyway, while in the plane, I ended up sitting next to a Lebanese guy who was a permanent resident in the United States. Apparently, it was his first time to travel alone (he was pretty young, and when I took a glance at his papers, he turned out to be two years younger than me). He asked me plenty of questions about immigration procedures, where to claim the luggage, where to drop them off again, and so on. He was a little worried that he may not make his connection in Chicago. I told him that he is a resident, and the lines for citizens and residents are faster than those for visitors.

So we got to Chicago, and it turned out that our plane parked at the very end of the terminal. So we had this long walk from the gate to the immigration area, and we had to wait two hours just to have our passports stamped and our fingers scanned. It was so ridiculous. There were so many booths, but there weren't any people manning the area. Why design a huge airport with that capacity when you won't put people to process them? I suppose the United States still is a very famous destination, since a lot of people are still willing to put up with the procedure, including myself. Oh, but that is for another topic.

Anyway, I cleared immigration, and when I went to the luggage carousel, I already found my bags on the floor, since the staff took them off the belt already and another flight was using the belt by then. That was how long it took me to enter the country. Good thing the customs agent didn't single me out for secondary screening; he just let me through.

So, I exited the area, and dropped off my luggage to have them re-checked finally, to Buffalo. I then took the shuttle that took me to Terminal 3, where the domestic American Airlines flights leave. Good thing I knew about the lay-out of that terminal; I've flown out of Terminal 3 quite a few times before. So, instead of queuing up at the security line that was right in front of the shuttle stop, I went all the way to the end of the terminal building. I already had my boarding pass, so that was not a problem. I already put my passport in my bag, since I had a state ID which also acts as an identification for flying. So, like I said earlier, instead of queuing at the very first security checkpoint that people see, I went all the way to the end of the terminal, and cleared security. I was the only one there in the security checkpoint, and I took all the time I needed. I therefore avoided the long line waiting for me had I taken the first checkpoint.

So, I was in, and I found my gate. Then I found out that my flight was delayed for thirty minutes. By this time, I was already so sleepy, but I was fighting the urge to go to sleep. By the time I was in the air, I was dozing, but I still felt that I had the urge to sleep when I got home.

However, when I got home, I was sweating, and so I figured I might as well unpack. I was sweating, the house was so hot, and there was no air. When I got tired, I took a cold shower and went to bed, but surprisingly, I couldn't sleep, and when I finally got to sleep, it might have been around 3:00 AM Eastern Daylight Savings Time.

I woke up earlier today all sweating, my sheets were soaked. I don't know why. I checked whether I had a fever, but that was negative. I finished unpacking my things, and since there was no food in the house, I took a shower, got dressed, and went to school. There I ate breakfast.

Now back to the ambivalence thing. It was weird; I am back here, however, it seems that there are times that I am not looking forward to the upcoming semester. However, there are also times that I am. I hate this see-sawing thing that is occurring in my head. I did some errands, like paying my Fall semester bill and my August rent, and when I went to this one building in campus, I sensed a certain smell, which somehow took me back to the very first time I set foot in this campus, three years ago. That was the same smell I remembered smelling back then. A smell of paint and air-conditioning.

I just don't know; I have already set up the times in which I will be working in the lab for next week, so that is already done, and I am actually looking forward to running subjects. However, at the same time, I realize that I am entering my fourth year as a student here this August, and that means that a new page is going to be turned in my book pretty soon.

I hate changes, people know that. That's why I develop coping mechanisms for it with regard to relationships and all that jazz. And perhaps the fact that a change is in the horizon, regardless of how far that horizon might be, is a bit disconcerting at times, even though I may be looking forward to that change. Just like traveling: I like to travel, but at times, it can be stressing. 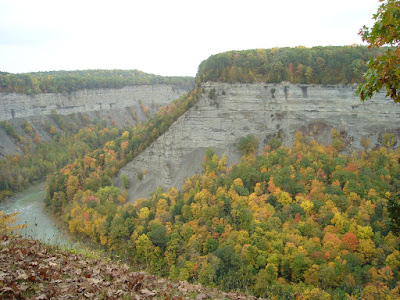