The Irony of Living with a Pig

I have to warn my readers that this post is a rant post. If you are comfortable with it, then continue on, otherwise, there’s always Google as a website where you can glean further information that would potentially interest you.

So, the reason why I was silent these past few days was because I was working my butt off cleaning my apartment. As you all know, I was living with a roommate, who happened to be a pig. No, scratch that, or else I might be sued for libel. My roommate, or rather, former roommate, had pig-like habits. Well, let me explain.

This morning, I spent my whole waking hours scrubbing the tile floors of the house. The house had carpeted parts, hardwood parts, and tiled parts. The carpeted and hardwood floors were not a problem, but the tiled floors were rather dirty. It needed scrubbing. So, I filled a pail of water and mixed disinfectant with it, and took some clothes, ripped them apart, and made rags out of them. I then used my hands, my fingers, my knees, and my feet in order to scrub the tiled floors of the house. And guess what I found? Mud. The water turned into mud.

Now, why would this be of extreme concern? Well, if not for my roommate spilling things like sauce, cooking oil, and other liquid items, then the dirt would not be too heavy. If only he would have the effort to mop them up as soon as they occurred. But no, he let it dry. And if I would not open my mouth and complain about it, he wouldn’t do it I am sure. Why do I know that? Well because one day, he spilled his rice, and I still saw the spilled rice two days after. He only cleaned it when I told him that he spilled his rice. If that was his attitude towards spilled rice, I am pretty sure it would be the same for other things that are spillable.

What else did I find? Upon examing the nooks and crannies of the floors, I found dried-up cheery seeds. Now this has a story behind it. My former roommate loved eating cherries. We also had a garbage can in the kitchen. What he usually would do is eat cherries, and spit the seeds into the garbage can. Now, guess what? Sometimes, it wouldn’t go inside, due to bad aim. Obviously, it would just fall along the sides of the can, but he wouldn’t bother putting the seeds into the can by picking them up! So now they are all dried up in the kitchen, and I had to take care of it.

He said he cleaned his room before he left, and yes, he did clean it, but it still isn’t clean. Notice the different use of the same word here, one is a verb, another is an adjective. You can clean something without achieving the end result of the thing being clean. He also left some more clothes. So what I did was I cut up his clothes and used them as rags to clean the house.

That was today. I still have to vacuum his room, since I highly doubt the effectiveness of this work. I also have to clean the refrigerator, since after turning over the things in his side of the fridge, I found some dried up liquid underneath the planks. He left some food as well, and I never hesitated to throw them away, due to the fact that some of these have exceeded their expiration dates, and some are just plain unhealthy.

I have to recount his episode with the vacuum cleaner. It was still early in the semester last year, when I told him that we should take turns vacuuming the apartment. I told him that the vacuum cleaner was hidden in the closet, and it was intuitive in how to use it; just plug it, and turn the switch on. Now, I have this upright vacuum cleaner, where there is this button that one should depress and so the upright portion will bend over, so one can vacuum the floor comfortably. However, when you store it, the upright portion will bend 90 degrees with the mouth, and so you can store it in the closet. Obviously, that position isn’t the position one vacuums in, but my roommate wasn’t aware of that. He told me later, upon using the vacuum, that the vacuum is very hard to use, because of the bad posture in which users must assume when using it. I then told him of the lever, and he was so surprised in seeing it. I asked him whether he had an inquisitive brain, and if so, if he is using it. I then told him that I suppose that maxim is true, the one about not being able to teach old dog new tricks. He replied by saying that it is indeed true, in fact, he was still a puppy and yet he couldn’t learn new tricks anymore.

I suppose I never had good luck with regard to roommates. I thought that I had the worst roommate when I got the Japanese guy three years ago in my first flat. I was wrong. This was worse.

The sad thing is, I as a roommate am uncomfortable reminding him constantly of his duties. I don’t want to hear myself over and over again saying, “Hey, vacuum the apartment. Hey, throw out the garbage.” I am not his parents. I don’t have the authority to nag. He should know these things by now. But apparently, that is not the case.

The same thing with personal items. We shared some things together, things like the ones we both use in the kitchen, such as cooking oil and sugar. If I see it being depleted, I would buy one, and the next time it would be him. However, there are things that I do not see as communal, but he does. Things such as my toothpaste, my shaver, my comb. We both have different toothpastes, but whenever his is depleted, he uses mine. I suppose it would be ok if it were just a single incident, and the next day I see a new tube, but that is not the case. He acts like a sloth when it comes to grocery shopping. He thinks it is a tedious endeavor. So, I notice that the cap of my toothpaste is open, when in the morning I left it closed. I noticed that there are strands of hair that is longer than mine in my comb. In the end, I moved all my things to my room, and only bring them to the toilet when I would be using it.

So there, this is my roommate rant. I suppose I am now glad that he moved out, and I will be finding a new one. Hopefully the new one is better than the previous one. In either case, I suppose I only have a year left in Buffalo, and hopefully, I will be moving somewhere else after this year, and by then I would seriously think of living solo. 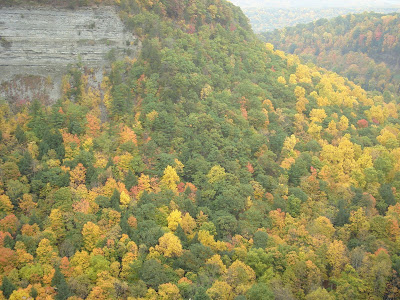