True Love, Unrequited Love, and The Relativity of Truth and Reality

This post was inspired by a recent conversation I had with my sister. It had something to do with her resembling Reese Witherspoon's character in Sweet Home Alabama. That however, doesn't mean that she was married before that is being engaged at the moment, no.

So, I suppose I could posit this philosophical question: is unrequited love an instance of true love? Is true love limited to instances of mutual affection, where there is an exchange of emotions between two people? Or, is the truth or falsity of love measured solely within any given person?

Some people believe that unilateral "true" love is not true love at all, but is a totally different thing, that is, obsession. The person interprets what he wants to interpret from the signs that he sees from the object of desire. The fact that he sees the person every morning may be enough to fuel lust and the desire of the person. The person may think of this as an instance of him having true love for the object person, but otherwise, from the other person's point of view, this is not love at all.

Now psychologists would say that this is an abnormality. Psychologists say that the stalker would interpret everything they see in the object the way they want. But isn't that the same in reciprocal love as well? A husband sees his wife smiling or doing some gesture, won't he interpret it the way he wants to, and not how the wife intended it to be? The only difference between this case and the case of the stalker is that there is no harm to oneself or to others if it is reciprocal. Therefore psychologists label the stalker as abnormal.

But then, what is the gauge for normality? Isn't what is normal just based on what the society thinks is acceptable and what is not? Is there such a thing as universality of normalcy? I would lean towards saying that there isn't. Of course, there are things that are universally wrong, such as murder. But there are things that are normal for some, but abnormal for others. So saying that unrequited love is abnormal may not hold after all.

If one believes that truth is in the eye of the beholder, then as far as the stalker is concerned, he experienced true love. It may not be true for the other person, but it is true for him. Just because there are social norms doesn't mean that one can discount the realities of others. One may make a survey of 100 people and ask whether the stalker has true love or is merely experiencing an extreme form of infatuation, and yes, the majority may say that it is just an extreme form of infatuation. However, again, that is because of the social majority. But from the outlier's point of view, it is by and large real. If the stalker thinks that his feelings are true, then in his reality, it is true.

I suppose this is an example where the collective reality of society clashes with the individual reality of a given person. For a given person, it may be real that he is experiencing real love with regard to another being. However, for the society as a whole, this behavior exhibited by a certain member of the society is detrimental to the whole society, and therefore branded as abnormal. After all, societies do things to preserve themselves. What is detrimental is branded as abnormal. Therefore, outliers are shunned, and their behaviors deemed abnormal. 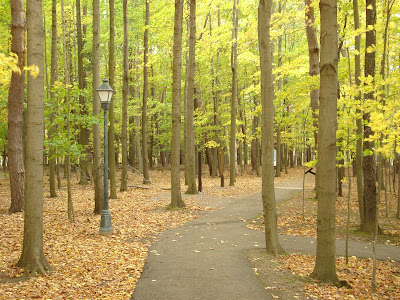