So I saw this bit of news recently, about an Israeli family who forgot their toddler in the airport on the way to Paris.

Yes, an ultra-Orthodox Jewish couple with their five children were late for their flight. The funny thing is that they remembered to bring their duty-free purchases and their eighteen bags, but they forgot their three-year-old daughter.

Although I do know that traveling can be stressful, it still is not a good reason to rearrange our priorities in life. Especially if you have five children, count them before boarding the plane. Don't you have their passports in your hand? And yes, it is the responsibility of the ground staff to match each boarding pass he tears off to each passenger, but it is the ultimate responsibility of the parents to watch over their children. And the surprising thing is, the parents only had five children, while field trip supervisors usually handle groups larger than this and they do not lose a passenger.

That's why I wasn't surprised to know that Israeli authorities would look into the matter and see whether there was parental negligence involved.

I suppose this is another reason not to have a large family: they would be easier to manage if the numbers remain small. Oh, I better stop here, I don't want to get started on population theory. 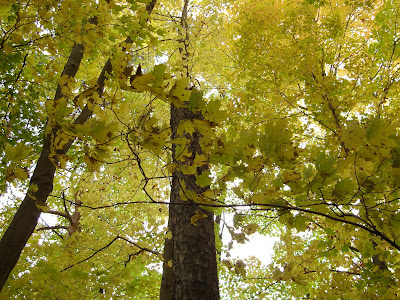 (Canopy, from my Letchworth Park Series)