I Survived the Trinity

I have been busy the past few days. I suppose I just had so many things to do, like looking for a new roommate, cleaning the apartment, running experiments in the lab, and so on.

Anyway, I suppose it is time for a rather boring geeky post. Yesterday, I met with my adviser, after not seeing him for the past month. He gave me back my QP, with very small revisions.

Now there's good news. He told me to revise it, and then pass it on to the second and third readers. He doesn't need to see it after revising it. That means that I survived the Trinity of revisions. I suppose it is usual for students to have three drafts approved by their advisers before it goes to the next person. So yeah, my third draft came back, and now, after revising it, it will go to two other professors at the same time. Then I will collect their feedback, revise it one more time, and hopefully that would be it. I would then file it to the department office, and my QP requirement would be fulfilled. I would then be officially a Ph.D. candidate. And when I finish the remaining coursework that I have this year, I would be an ABD.

On other topics, it's been a week that I have been working here in the lab. I have seen people participate in our experiments, and sometimes I cannot help but think that these people do not think. Or at least use their brain. For crying out loud, why do people just assume that they know what they're supposed to do, instead of reading the instructions carefully and thoroughly? That's why the computer doesn't function, because they are doing something wrong! If the computer tells you to hit the Spacebar, then hitting anything else aside from the Spacebar will do nothing!

Anyway, I guess I won't be running experiments until classes start again, since the subject pool would be away. The summer classes end tomorrow, so tomorrow would be the last day people can sign up for experiments. After that, then we would have to wait until Fall 2008 begins, which is in about three weeks.

My adviser is on sabbatical for the fall. That would give me six months of thinking time, because I have to think about my dissertation as well. And there is this requirement that students have to do their dissertation proposal defense by the end of their fourth year, so that means I have to defend my dissertation proposal by May 2009. I already have ideas, and even my adviser thinks that my current research program involving my qualifying paper has the potential to be extended into a dissertation research, so that is good. Some people know that another institute seems to be interested in me; however, as of now, I am not hearing from them, so I am going on my everyday activities as if that is not in the equation. After all, it is better to expect the worst, but hope for the best.

So there. I am showing the apartment to a few people these coming days. Hopefully I find a roommate that isn't like my previous one. Speaking of the apartment, I only have to clean the bathroom; the other parts are already spic-and-span. I already bought a new shower liner, since the old one seems like something Doctor House would disapprove of. 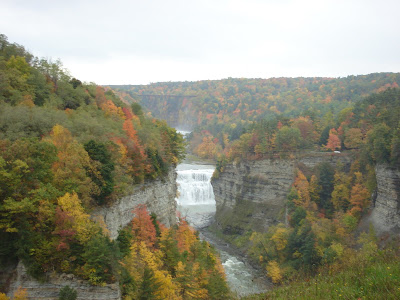