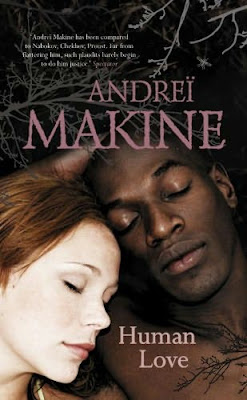 Recently, there has been this trend within my little circle of friends to think that I am not human. Instead, they think that I am an alien being spying against the earthlings, and my cover is that I am a quiet little graduate student. And perhaps I do not blame them for thinking this way, even though this is just a long running joke.

The thing is, there are times in which I wanted humans to make sense, and yet I seem to think that they don't. I usually make comments along the lines of Humans are so hard to read..., always prefacing my statements with Humans are... as if I am not one of them.

There are also times in which I do not show the "proper" human emotion and analyze things mechanically instead. A couple of weeks ago, we watched Schindler's List, and some of my friends commented that it was the only movie that made them cry. My comment about the movie instead was that the movie was a good biographical movie. It did its purpose in depicting human nature of evil trying to dominate other people. It also depicted one human's attempt at altruism. In the end, I believe that the movie was successful at tapping at the human aspect of things, and thus it did make plenty of people cry. I however, did not.

Anyway, there are plenty of those moments around my being. Now why am I mentioning this? Because this is relevant for the latest book that I read. This book is entitled Human Love by Andrei Makine. Makine is a Russian author, but he writes in French. However, I do not read French, so I read the English translation. This is about Elias, an Angolan man, whose life story the reader follows from when he was a toddler, until when he dies in the Somali insurgency. He grows up in 1960's Angola, where his father is part of the revolutionary army, and then he goes to Cuba and later on to Russia to train as a Communist operative. In the meantime, he meets Anna, a Russian woman going to the university. They love each other, but they meet each other at the wrong place at the wrong time. They end up living separate lives, with Elias traveling here and there all over Africa and the rest of the world as an operative, while Anna marries a man she doesn't love and becomes part of the Soviet diplomatic corps, living in different African countries.

They see each other here and there, every few years, in different capitals. In the end, the last time they see each other was in Mogadishu, when the government collapsed and chaos reigned in the city. Anna and her husband were being evacuated through the American embassy but they forgot a very important briefcase. Elias went and retrieved it, but he died in the process.

I am floored by this book. It shows how things that cannot be governed by reason, such as love, can endure, and that it can last for decades, even when the two people involved eventually grow old, and walk their separate ways. One can see that even after the years that have passed between them, one can still keep love lingering, and ultimately sacrifice one's life for the person one loves. This is a good book indeed, and it makes me think whether there would come a time in which I would feel the same way towards another person.

The thing is, as much as I want things to make sense, as much as I want things to be predictable, there are still things that I cannot model. Even if the effect size of my model can be pretty large, there are still some human aspects that my model does not account for. Perhaps one of the things it does not account for is this type of human behavior. 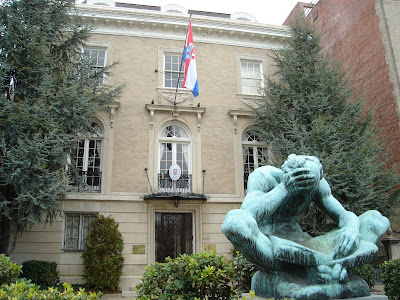