Have you ever imagined what the human language processing system is like? How it operates, and what the mechanisms that are involved are like? Well, for this factoid, I am talking about expectation and anticipation.

You see, humans are very intelligent beings. They have the ability to do higher cognitive functions, like speaking a language, and thinking. And this language processing system isn't a passive system: it does not simply sit there in your head and wait for input. Instead, it can be quite active, and anticipate what will come next, based on the received input up to that point.

One illustration: Finish this sentence, by filling in the blank.

Obviously, as of today, the correct answer is Barack Obama. Everyone who is updated with the world affairs will answer that way. Now, what did I just illustrate? If I presented that sentence to you orally, instead of in a written form, and suppose I didn't say beforehand that you should finish the sentence, if I hesitated a bit, to the point that it welcomed a continuation from someone else, then that someone else would still say Barack Obama. One's knowledge of the world is activated and supplies the correct answer. So, from a "passive" hearer, one becomes a speaker.

John was surprised at the traffic jam on his way to work. He was so irritated that he lifted up the truck and went on his way.

Now was that sentence weird? Yes. Unless John is a superhero, that doesn't happen in real world. Now contrast that discourse with the following one.

John was surprised at the traffic jam on his way to work. He was so irritated that he glared at the truck and went on his way.

Now that one was more believable. In fact, several researchers constructed experimental stimuli like this, and they asked people to read these sentences, as these sentences were being presented on a computer screen. And as they were reading, their brain waves were being measured, and guess what? Several brain wave patterns spike up when they see that anomalous word, indicating that it was a violation of expectation. The following is also a similar paradigm.

I drink my coffee with milk and sugar/dog.

The above experimental item was in fact one of the items that were used in a landmark experiment on brain waves and language processing (also known as ERP) back in 1980. Kutas and Hillyard 1980, which was an article published in Science discovered the N400 wave, which is a negative brain wave pattern that appears approximately 400 millseconds after the presentation of the critical stimulus. A heightened N400 wave suggests that there was a semantic anomaly, and that the language processor was not expecting that input.

Finally, another piece of evidence regarding expectation comes from eye movement studies. Researchers such as Yuki Kamide have conducted series of experiments showing people what is called a visual-world paradigm. This is an array of objects presented on a computer screen, while the participant is listening to a sentence. It has been found in these experiments that people anticipate what is going to occur next, again based on their real-world knowledge. For example, Kamide etal 2003 reports an experiment, where in one item, they have a picture of a girl, a man, a merry-go-round, and a motorcycle in one array. Participants then heard sentences like the following.

Even before hearing what the object is, people already direct their eyes to the appropriate vehicle. If they hear girl, there would be a higher proportion of looks to the merry-go-round than the motorcycle, and vice versa for the times when they hear man. This is evidence that humans' knowledge of how the world operates have a great effect in language processing, up to the point that they anticipate what is going to occur next even before they actually encounter the input. 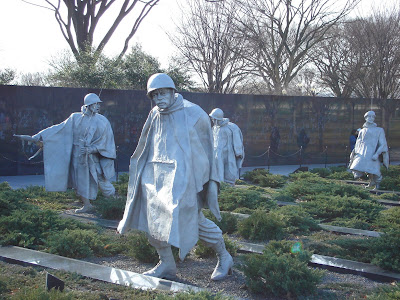