The Topography of My Hair

So yesterday, I got a haircut. It was a funny experience, because for the first time, I became a lab rat for cutting hair.

The thing is, my lovely Iranian hairstylist had two new apprentices. And given the rather difficult topography of my head and the hair that grows from it, it was an etude in hairstyling.

So, given my thick hair, I was shampooed first, so that it would be easier to cut, since shampooing it temporarily thins the hair. Then, the Iranian hairstylist then proceeded to describe the agenda: she described to the two apprentices how the hair is going to be cut, and what the steps are in doing so.

So there's three people hovering over me yesterday, my hairstylist, and the two apprentices. It was bizarre since I felt like I was in a fish bowl. The two apprentices would always follow the hands of the Iranian when she sculpted my head. They had rather interesting jargon that I didn't know applied to hair. Obviously, hairstyling requires an intricate knowledge base as well.

In the end, the fading technique that the Iranian used generated oohs and aahs from the two apprentices, and I also liked the end product. I liked the fact that the haircut gives the illusion that my head is more extended vertically, instead of a round flat one. The haircut gives me a few extra inches of illusory face, making my face more of an oval and not a circle.

So what does it look like? Hmm, the edges are a little longer than how I cut it in previous years, but the middle part is short. The slightly longer edges gives me the freedom to lift it up and style it to make a fake outline, thus resulting in the oval face illusion. I suppose the best example of this that I can think of is the haircut of this superhero. Granted, my head is not as hairy as his, but the principle is the same. 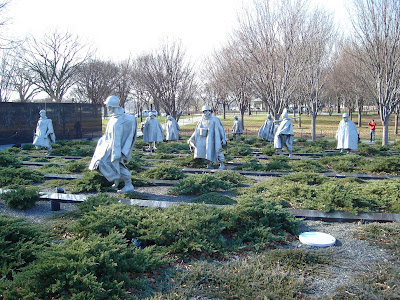 (Another View, from my DC Memorials Series)