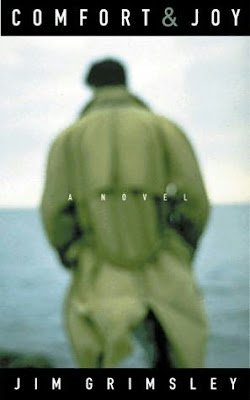 I suppose after having read a couple of books that took me a full month to read, this is something different. It only took me this weekend to actually finish this novel.

So, what is this novel about? This novel talks about the challenges that a same-sex couple faced, dealing with each other, and also dealing with their families. One is a doctor, coming from a very upper-class family from the southern US, while the other is a hospital administrator, and his family doesn't have a lot of money. The doctor makes a lot of money, while the hospital administrator has health problems. He has hemophilia, and due to that he is HIV positive. Thus, there are plenty of conflicts in this book. And somehow I am surprised that the author was able to pack it all in less than 300 pages.

So, what do I like about this book? Well, style-wise, I like the fact that the story was written in a non-linear fashion. The narrative did not follow temporal order but instead were linked together in thematic order. This placed the burden of linking to the reader, which I liked. This meant that the author trusted the reader to have the intelligence to be able to do this. Aside from this, a lot of importance has been placed with the dialogue. The reader is therefore given the ability to infer the character's emotions by discerning this from the dialogue between each character.

I suppose if I would find something that is negative in this book, is the fact that there are too many conflicts in the story. Yes, there is the issue of same-sex relationships and acceptance, there is the issue of hemophilia and HIV, there is the issue of family relations and parental expectations with respect to their children. I guess I feel that there is too much drama. I rarely read LGBT literature, so I do not know whether this is a trend or not when it comes to this genre, but the only other LGBT novel that I read a couple of years back was similar in structure: there was a lot of emotional turmoil inside. I am not saying that non-LGBT literature has the right amount of drama, but I wish there was more aside from the emotional conflicts that was portrayed in this book.

So, did I enjoy this? Yes. Would I recommend it, perhaps. If one wants a novel that easily swoons one's emotions, and is a page-turner because one's feelings are affected, then this is one such book. However, is this a book that would induce one to ponder about more complex and complicated things? Perhaps not. In that sense, it felt like an airport novel: one doesn't need to engage one's brain power too much in order to understand the various conflicts that the book presents, and the conflict is transparent enough to hold the reader in attention in order for the pages to turn, so by the end of the trip, the novel is finished. After all, I was able to read it in just 3 days. 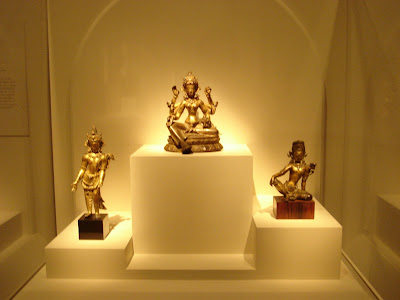 (Gods, from my Sackler and Freer Collection Series)