So while I was walking all over campus the other day posting my fliers for my experiment, I saw an interesting sight. I saw a guy sporting the sagging fashion. It was bizarre.

I mean, what is attractive about lowering one's pants to the level below one's butt? Is showing one's boxers (they were navy blue, with dark blue stripes) really attractive? I mean, boxer's fabric tend to be very flimsy and thin, so one can easily see the outline of what's being covered.

So, this guy was standing in front of a row of computers, where one can access the computer for fifteen minutes at a time. And he was there, with his sagging pants, and I thought like wow, this must be very bizarre. People's fashion sense has gone berserk, I mean, just look at Lady Gaga. People are bizarre.

Anyway, I looked into this sagging thing, and apparently, it's a hip-hop thing. And in fact, at least one town in the United States considers it a type of disorderly conduct if one does sagging. Depending on how low it is, or whether one's buttcrack is exposed, there are different fines. Now, while I do not agree that sagging is a crime, I still think it is bizarre. I do think that it is a means of expression, and if everyone has freedom of expression, then sure why not, let them sag. In fact, the ACLU has been fighting this town with respect to its sagging rules. I just find it rather irrational. 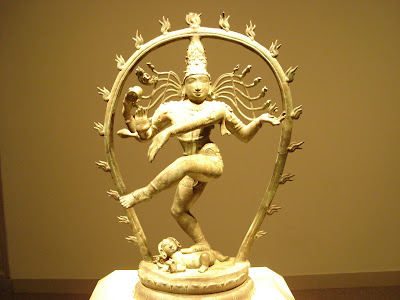 (Shiva, from my Sackler and Freer Collection Series)