No wonder Freud was so interested in analyzing dreams, because one can say that they reveal something about the subconscious. As if this subconscious is one hidden and inaccessible void.

Anyway, I had two dreams that were bizarre in the recent past.

One involved me and my family. I found myself in our old home back in the Philippines, but it turned into a war zone. And the weird thing is, we were in the future, but in the dystopian future. There was this very sexy girl, who turned out to be a robot, something along the lines of Terminator 3, and she needed a secret code from me. My family didn't know that I possessed the secret code, and I carefully hid it in the form of a T-shirt logo. The T-shirt that had that code was then randomly placed in the laundry that my mom was about to wash. We hid underneath the tables, and the Terminator 3 girl passed by, scanned the brains of my family, but didn't find anything. Somehow, she forgot to scan my brain, so she didn't find the code. Then I woke up.

Another dream I had was bizarre in the sense that it was a combination of several films that I watched both recently and not-so-recently. First, I have to explain The Pillow Book, which is this very interesting movie involving a homosexual publisher who is a guy, a heterosexual writer who is a girl, and a bisexual translator who is a guy, played by Ewan McGregor. The writer has a grudge against the publisher because she thinks that he killed her father ages ago. Anyway, the writer has a fetish of writing on the human skin, so she uses Ewan's body as her canvas, and then Ewan will then head to the publisher, and the publisher will copy the text from Ewan's body. So, the movie had plenty of shots of a butt-naked Ewan McGregor with his arms stretched out and turning around in the publisher's office while the publisher was copying the text.

Then, I have to explain The Unbearable Lightness of Being, where Daniel Day-Lewis played a womanizing Czech doctor, and his most used line in the movie is "Take off your clothes." I think he said that at least 6 times in the movie.

Anyway, given those two information, this is how my dream went. I woke up with a very bad case of measles. I knew that I was vaccinated for MMR when I was a kid, but somehow, I was still attacked. I had no hair in my body whatsoever, because the measles eradicated it. My scalp was bare, and the rashes were there, even in places where the sun doesn't shine. So I had to go to the doctor. When I went to the doctor, I was told to change into this gown, and then the doctor came in. He told me, "Take off your clothes." I was then told to stretch my arms and turn around and around in his office, while admiring the various rashes I have on my body.

At that point I woke up. 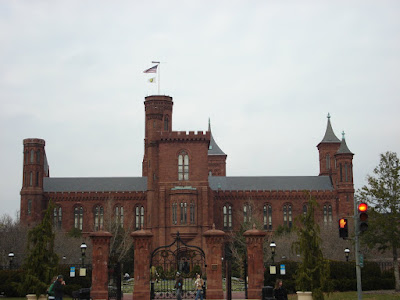