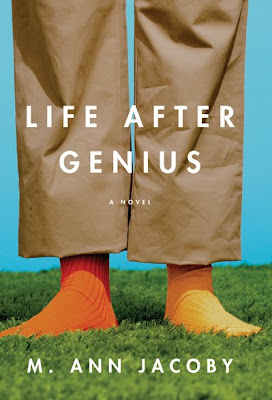 Awesome book this truly was. Oops, time to switch to the non-Yoda dialect.

Anyway, I should say that I thoroughly enjoyed this book. It was very interesting and captivating that I blasted through it in just a couple of days.

So, this is a book that revolves around Theodore Mead Fegley, who is a math genius, genius enough to skip several grades in elementary, middle, and high school, and enters college at 15, and finishing his undergraduate in less than three years. Almost, since the book begins when he walks out of college a week before graduation, without delivering his senior thesis.

Several characters revolve around Theodore. His father, Lynn, is an undertaker, very quiet, refuses to accept a scholarship for his son and instead insists on paying for his college education on his own. His mother, Alayne, is this control freak, who thinks that Theodore is different from his father's side of the family, and dreams big for her son. She basically is the typical parent who wants their kids to do the things that they were unsuccessful in accomplishing. Theodore's aunt Jewel, used to be a very caring aunt, but now, after the death of their son Percy, she went into catatonic depression. Uncle Martin on the other hand is a fellow undertaker, managing the family business of a funeral home, and is harsh and cruel on Theodore, because he blames him for Percy's death. In short, every character in this book has their own skeletons in their closets.

I suppose it is difficult to recreate the conflicts that this book presents, as everyone seems to be blaming everyone for the existence of their skeletons. Theodore decides to have a new life once he enters college, so he wants everyone to call him by his middle name now, which is Mead. This creates a divide in the arenas in the book: his family members still call him Teddy, his school associates call him Mead, while his arch-nemesis calls him Fegley.

Growing up, he battles the bullies, destroying his science project, embarrassing him to various degrees. He also battles the cutthroat people in college, people who would go into depths of crime and bribery just to get an A, like his "friend" Herman Weinstein, who turns out to be the person that he battles the most in the story.

The book presents a very good scenario for several psychological conflicts. It indeed is psychological fiction at its best, although I think it may have been a little over the top. There are too many abnormal people in the story, which I think is the only bad element of this book. But then again, who in the world is normal? We all have skeletons in our closet.

I have to say that I liked this book a lot, and found plenty of things in which I can relate. Mead has conflict with his parents: her mom only wants one thing, that is, to get him out of the small town of High Grove, Illinois by means of his genius. His father on the other hand secretly desires his son to be an undertaker like him and continue the family business. So there's the overprotective mother and the very impassive father. Their family dynamics are so extraordinary that I feel pity for Mead. It also made me appreciate the value of openness, and listening. Mead's parents didn't even listen to him, only insisting on what they think was best. Never did they realize that they had to listen to what Mead had to say as well, they only realized that late in the game, when their kid is all grown up. In the beginning, they were more willing to think that Mead was simply hallucinating instead of taking his word for the truth.

With respect to the structure of this book, I highly took a liking to it, since it wasn't the traditional chronological narration. Every chapter was dated, as to how many days or years it was before graduation. Thus, the chapters were in different time periods in Mead's life. It was presented based on content, and not based on the date. One chapter can be 8 years before graduation, when Mead was just 10, and the next can be 3 weeks before graduation, when his parents were in town visiting the university. In this way, I believe the author had trusted her readers that her readers would be smart enough to reconstruct the missing links in between the episodes. I liked that factor, since it needed use of my brain by requiring me to read between the lines.

I also liked the ending. The conflicts were slowly being resolved, one by one. One by one, Mead's family members get normal, and finally sees the light, in a way. However, the good thing is that the author did not fully end the story. The main conflict is between Mead and his relationship with Herman Weinstein, and the ending leaves it hanging, welcoming the reader's imagination to fill in the blanks.

Overall, a very awesome novel. 5 out of 5 stars. 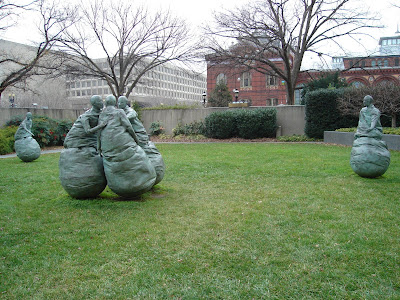