Book Review: The Scroll of Seduction by Gioconda Belli 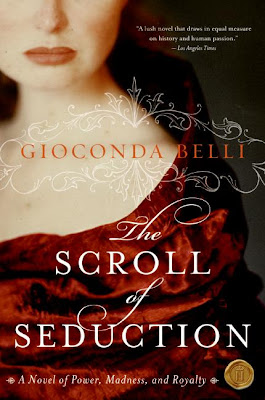 I never realized that eroticism and history could mix together and form a very interesting novel. If one wants to have that combination, then this should be the book that one should read.

So, what is this about? This is a book written by Gioconda Belli, one of Central America's great writers. This tells the story of Juana La Loca and Philippe the Handsome. Juana is the daughter of Queen Isabella of Spain, while Philippe is from Flanders. The story begins along the time when Juana was arranged to be wed to Philippe, up to the point when she dies as an old woman of 76 years old.

As a parallel story, it also tells the story of Lucia, an orphan from Central America, who is studying in a boarding school in Madrid. She befriends a historian, Manuel, and his aunt, Aunt Agueda.

The main setup of the story is that Manuel first met Lucia in the Museo del Prado in Madrid, and remarked that Lucia resembles Juana La Loca very much, to the point that he invites her, a 17-year-old student, in his house, in order to relive the story of Juana La Loca. Manuel has a medieval dress that he insists Lucia wears whenever they would meet during the weekends.

Thus, the story of Juana and Philippe and Lucia and Manuel become intertwined together, and the narration swings from first-person to second-person and back. Overall, I think it was a very interesting device.

Now, the title is actually misleading. There isn't a scroll of seduction in the book. However, the story is indeed about seduction, and there's multiple instances of it. First, there's Manuel, a 30-something-year-old historian, seducing a 17-year-old girl. There's also Juana, seducing Philippe, back in the 16th century. And yes, there are numerous instances where sex becomes a major player in diplomacy.

A little disturbing factoid in this novel is the fact that a body seems to inhabit multiple bodies. Lucia makes love with Manuel, but as who? As Lucia? Or as Juana? And who was she making love to? Manuel? Or Philippe? The book makes a good job of blurring the boundary between reality and hallucination.

So did I like this book? Yes, definitely. This is not for youngsters, but I find it very well researched. I never knew of the existence of Juana La Loca before, but now I have a better idea of who she was. This may be fiction, it may be historical fiction, but it was a good read if one is interested in the history of Castile and Aragon back in the 1600's. 4.5 out of 5 stars. 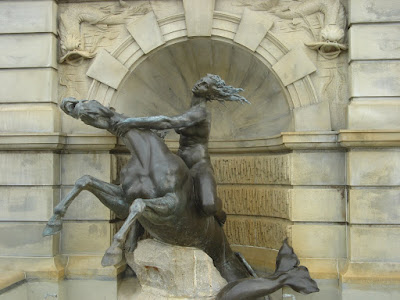 (Fountain Creature, from my Library of Congress Series)