Yesterday, we watched the movie Changeling, featuring Angelina Jolie and John Malkovich. It was quite long, about 2 and a half hours, but it was a great movie as well. It is based on a true story, and it told the story of 1920s Los Angeles, where the police were corrupt, and women had no power whatsoever in society.

I guess the first thing I noticed was how thick Angelina Jolie's makeup was. It was bizarre, scenes of her waking up and already fully made up with bright red lipstick, that was interesting. Her boobs kinda became small though, which I suppose was okay, since her character wasn't really a sexed-up person, but more of a single mother. Her tattoos disappeared.

Anyway, I am impressed with the performances of the actors. I like John Malkovich's performance, his voice is just so lethargic that I feel being hypnotized. And Jeffrey Donovan's performance as the police officer who breathes corruption was good too.

There are times in which true stories are long and dragging, but that is just reality. Reality is not as fast and page-turning as we think it is. I don't like watching movies where Clint Eastwood acts, but whenever he directs, it seems to always turn out good. I should watch more of his films.

Anyway, this movie turned out to be a good escape from reality for a while. 2 and a half hours of watching scenes that make me happy that we now live in a more ethical society was actually a good experience. I immediately remembered the IRB training that I need to go through every three years, and the practices before of just putting people into mental asylums reminded me of that. I am so glad that I am not living in the 1920s.

All in all, that was a good movie. So, what's next? 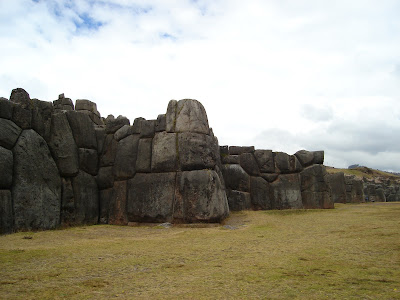 (Moai?, from my Saqsayhuaman Series)