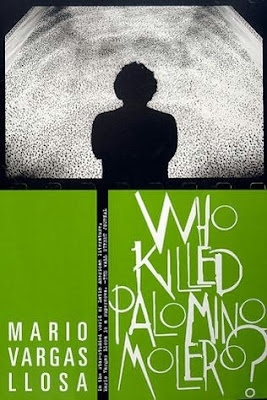 It seems that I have a murder mystery streak, since after reading a reverse detective novel, I decided to read another murder mystery, although this one happens at a different continent.

I decided to read Who Killed Palomino Molero? by Nobel Prize winner Mario Vargas Llosa. The thing is, I once read another book of his last August, and I didn't like it as much. However, after that, he was awarded the Nobel Prize for literature this year, and so I figured that it might be the case that I just read a bad first book. So I picked up another one, and coincidentally enough, I picked this book. This book happens to be the written in 1987, and the first book that I picked up was a sequel to this one. So chronologically I should have read this first.

Anyway, what is this book about? This book is about the gruesome murder of Palomino Molero, who was found murdered, mutilated, and tortured in an open field somewhere in Peru. It is then the task of Lieutenant Silva and his partner Lituma to solve the crime, which somehow involved the military (the victim was a military deserter who was not required to enlist because he was an only son, and yet still opted to enlist). The novel turned out to be a love-affair-fueled murder, with interesting characters that are encountered along the way.

So, comparing the first book I read from Vargas Llosa and this book, I have to say that the similarities are there, but I prefer this book over the other one. I am less confused, and the things make sense. Yes, Vargas Llosa still does the interlacing dialogue that I find rather interesting, but not much. And there isn't a lot of supernatural elements unlike the other novel, so everything in this book made sense. In that respect, I prefer this one over the other.

It might seem to be just a regular detective story, but actually, this book exposes issues that are outside of the realm of the murder mystery genre. It talks about racism, and the stereotype that exists between the local civilians and the military personnel, who are prone to be corrupt and abuse their power. It also highlights the Latin culture of machismo, with men treating women as objects of their desire. In the story, Lieutenant Silva is rather in love with a chubby woman who happens to be the wife of someone else, and the lieutenant makes no inhibitions with respect to how he lusts after the chubby Dona Adriana.

In the end, the murder mystery is solved, although it is funny that the common folk decide not to believe the report, and still believe that there is a bigger conspiracy that the big guys are hiding from them.

So, all in all, I preferred this book over the first Vargas Llosa book that I read. That means that I am open to reading other books by this author. I thought that if I read another book by Vargas Llosa and hate it, I would not pick up another book, but that wasn't the case. So yes, I'll probably read another one when I get a chance.

I give this book 3.5 out of 5 stars. I recommend it to others who might want to read a detective story that is not set in the usual places. After all, this is set in the Peruvian desert. 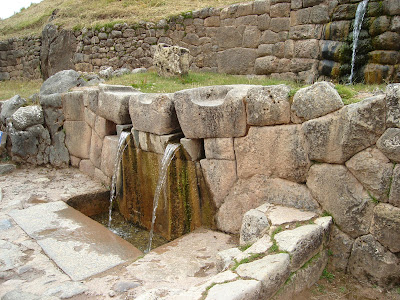