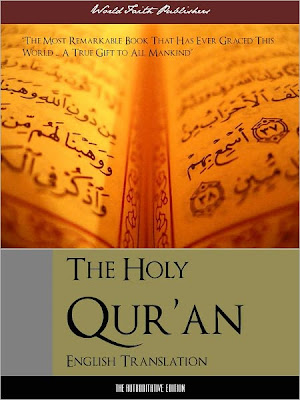 I've been raised as a Christian, pretty much from the very beginning. After 25 years, I decided to call it quits and identify as an atheist. There are plenty of reasons I have for making that decision, but one day, I thought, that those reasons were all due to my reactions against Christianity. So here I am, finding myself rejecting religion, all due to assumptions based on one religion: Christianity. Thus, I felt uncomfortable to reject religion across the board, using only data points from one religion. After all, it's just like saying that I hate seafood when the only seafood I have eaten is shrimp. Thus, I picked the Qur'an. And I read it.

This, as many people know, is the Holy Book of Islam. It is composed of 114 chapters, called surahs, and each surah has several verses. From a statistical point of view, the opening surahs tend to be longer than the closing ones. The second surah, for example, entitled "The Cow", has 286 verses, while the 110th surah only has three. Each surah opens with In the name of Allah, most benevolent, ever-merciful.

I initially wanted to read the Qur'an because it is believed that the Qur'an is the most spectacular piece of Arabic literature. It also helps perhaps to understand what the cultural references are to novels that I have read in the past, especially those that dealt with Islamic characters. I previously read Orhan Pamuk's My Name is Red and Nagīb Maḥfūẓ's Palace Walk, and it would definitely have helped if I had a better idea what were the religious assumptions that the characters held. Now that I have read the Qur'an, it would be easier to see where these characters are coming from.

But another reason I wanted to read the Qur'an is because I wanted to put my thoughts to the test. I identify as an atheist, which means that I rejected the belief of religion in general. But in actuality, I've never known what I was rejecting, at least with respect to Islam. I need to read about it first, before I can be more comfortable in saying that I do not buy it as well. After all, it's the scientific approach, that of experimentation.

So, 114 surahs later, I now have an opinion of what the Qur'an is. I was surprised at how some story lines are parallel to what I know the best, which is the Bible. There are characters that appeared in both, such as Noah, Abraham, Moses, even Jesus. The Jews and Christians both appear in the Qur'an, but unlike Christianity, for Muslims, Jesus is just another prophet. Somewhere the stories split, and there are characters that appear in the Qur'an but not in the Bible.

I quite do not appreciate the catechism-like style of writing. There were plenty of repetitions. Several lines of thought were repeated: how Allah is all merciful and most benevolent (repeated before every chapter); how humankind emerged from a drop of holy sperm; how Allah is all-powerful and all-wise; et cetera. I never expected it to be a scientific book, and as the Bible, the writing style is geared toward indoctrination. The perspective is one of infallibility: the Qur'an only tells you that Allah is powerful, wise, and knows what is best for you. But it doesn't tell you WHY he is indeed claimed to be so. All you have to do is believe, and if you don't, you will face eternal destruction. I guess after reading this, I still conclude that Islam is not for me, and my personal conviction still holds ground. I am still an atheist.

I understand that that is not the whole problem. There's the fundamentalists too. But there are fundamentalists in Christianity too. Just check out what's found in Topeka, Kansas and you'll know what I am talking about.

So, as this is a book review, I am giving it 3 out of 5 stars. It's an awesome piece of cultural heritage, but it failed to persuade me to change my beliefs. I ended the book feeling untouched. 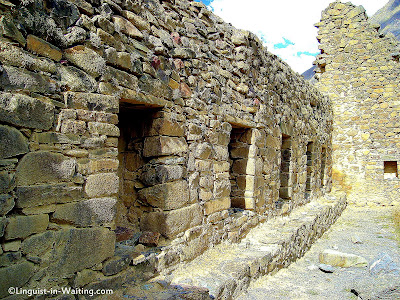