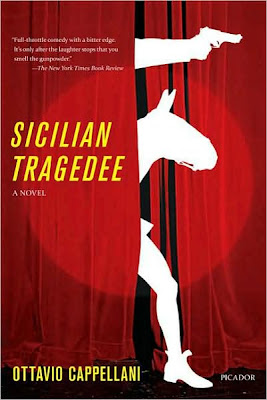 An edited version of this article was first published as Book Review: Sicilian Tragedee by Ottavio Cappellani on Blogcritics.org.

Let me say from the outset that when I found myself turning the page and realizing that there isn't any next page left, I was glad. I was so happy that I finally finished this book. Because really, this book was a waste of my time. And let me tell you why.

First, let me talk about the characters. Well, there's plenty of them. There's Alfio Turrisi, who drives this right-hand-drive Aston Martin in Sicily, but is a mafioso. He happens to be in love with Betty Pirrotta, who unfortunately is the daughter of the rival mafia. Sounds Romeo and Juliet, right? Well, it is, to some degree.

There is a second couple, theatre director Tino Cagnotto, who perhaps is the most pathetic character in the book. He is in love with Bobo, a young muscular beefcake of an actor. Cagnotto is a neo-realist; he is known for reinterpreting works of Shakespeare. And yes, the play that he directs in the book is none other than Romeo and Juliet. And as part of the neo-realist re-interpretation, he decides that instead of Romeo falling for Juliet, Romeo should fall for Mercutio instead.

Add to that a thousand other characters that span the whole Sicilian society: fan-wielding baronesses and countesses, police chiefs and lieutenants, radio and newspaper reporters, mayors and town councils, and so forth. All of these with long Italian names that for the average English reader, is hard to distinguish one from another. What results in that? Total chaos.

I should say I wasn't a big fan of the writing style either. The novel is split into three sections. For the first two sections, the chapters are arranged such that multiple storylines are told by alternating chapters. Say, the first chapter would talk about Cagnotto the director and his boyfriend, followed by the second chapter which narrates Turrisi and his everyday events. The third chapter picks up Cagnotto again, but by the time I finished the second chapter, I was already lost in the structure that I forgot who Cagnotto was in the first place.

Multiple storylines on alternating chapters isn't really the problem per se, but it's because the content made it so opaque and therefore very hard for the reader to stitch things together and integrate it into a bigger picture. The things that were being talked about in the text border on farce, as the narration usually covers rather superficial and shallow things about the characters, in such a way that they remained flat. All the characters were never developed, all of their movements were quite predictable, and it was all the same page after page. It was quite farcical and absurd. To illustrate, every time Romeo clutches his quite huge codpiece while talking to Mercutio, someone dies in the theatre. Oh, I should say that the narrative was quite voluminous on the importance of a) making the codpiece larger than average; and b) clutching it at that point in the play. I have to admit that when I was reading this, I was so lost at this farcical and superficial narrative, that only after finishing the book and looking for a summary of it online did I finally understand who was who in the novel.

I am actually disappointed that this novel is another one of those books where gay characters are shallow and superficial. Why is that the case? It is rare that I encounter an LGBT-themed novel in which the gay characters have substance in them (Philippe Besson's In the Absence of Men is a good example). This novel reminds me of Matthew Rettenmund's Boy Culture. In both books, the gay characters whine too much, overreact too much (it's okay to overreact, just don't overdo it), and moan too much.

Oh well, should I recommend this book? Probably not. I am giving it 1 out of 5 stars. 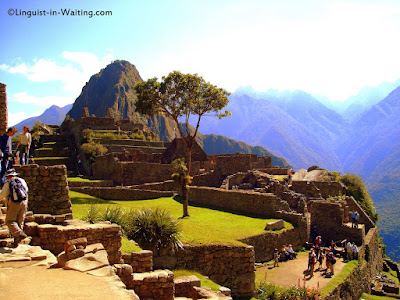