Book Review: A Day in the Life of a Smiling Woman by Margaret Drabble 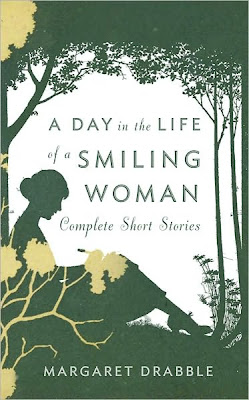 An edited version of this article was first published as Book Review: A Day in the Life of a Smiling Woman by Margaret Drabble on Blogcritics.org.

The different thing for this one, however, is that there is a theme to it. This is a collection of short stories about women; each story features one. And they are interesting women as well. In "Hassan's Tower", there is the hard-headed female tourist who drags her husband all across town in Morocco to see archaeological relics, while navigating the numerous touts that plague the tourists. In "The Merry Widow", there is the woman who is finally overjoyed now that her annoying husband is dead. In "Crossing the Alps", the story tells of a woman who drives a sick husband across Europe. Women seem to be strong characters here.

The inverse of that is true as well: men are weak and sick. "Crossing the Alps" features a husband who is so sick, he becomes delirious, nursing a high fever. In "The Caves of God", the story features a wacko husband who discovers an esoteric religion and decides to be a pilgrim in the middle of Turkey. The male partners of the women that are featured in "A Success Story" and "A Day in the Life of a Smiling Woman" are all good-for-nothing bastards. I guess if the author's goal is to magnify the role of women, one way of doing it is by degrading the role of the men. Everything thus becomes relative.

Travel is another theme in this collection. A man and woman travel to Morocco in "Hassan's Tower". A man and woman cross the Alps in a small car in "Crossing the Alps". A woman goes searching for her wacko ex-husband in "The Caves of God". And a widow takes a vacation in rural Britain in "The Merry Widow".

That being said, I didn't enjoy the book as much as others. Perhaps the aspect of the book that I found unsatisfactory has nothing to do with the content; instead, it has something to do with the genre itself. Due to the fact that these are short stories, there are plenty of things that are left unsaid. Instead of having a smooth character development that peaks in the middle of the story arc, the short story genre immediately throw the reader right in the middle of the action. Sometimes, that is shocking. Maybe it is a personal preference of mine, but I would love to know more details about these characters, except I only have 20 pages. Thus, the probability of these characters settling in my head, allowing me to ruminate on them, is rather low.

However, I still like the fact that I have read them. After all, variation is good. But I won't read short stories again soon, as I want my novel. I am giving this 3 out of 5 stars. 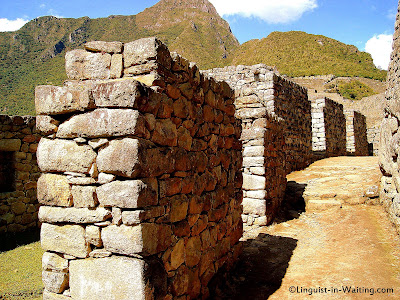 (Corridor of Walls, from my Machu Picchu Series)