Sometime in the summer, as I was strolling along the various neighborhoods of the city, I found myself in Symphony Circle, which I have blogged about before. While in the same circle, I wandered into the First Presbyterian Church.

The thing is, it was pure chance that I strolled into this amazing place. The front door was closed. Unlike Catholic churches, this one wasn't open all the time. So I thought I would just take some pictures of the front entrance, and that would be it.

However, while I was there, there was a rather older-looking gentleman who was smoking a pipe. He saw me taking a picture, and he asked me whether I would be interested in seeing the inside. Apparently, he was the priest, and he could open the door for me. That was quite awesome. In fact, he turned on all the lights for me so that I can have interesting pictures.

I don't know much about this church. The website says that this was the first established church in the area, back in 1812. The church definitely looks old, but the interior was rather wonderful. The priest and I chatted for a little bit, as apparently some members of the department attends this church every now and then.

So I will stop ranting now, and instead show the photos. 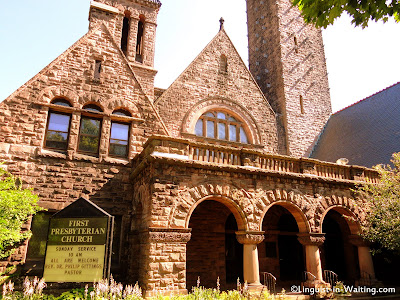 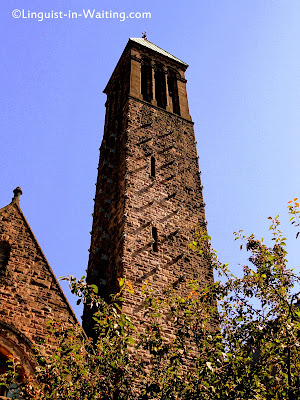 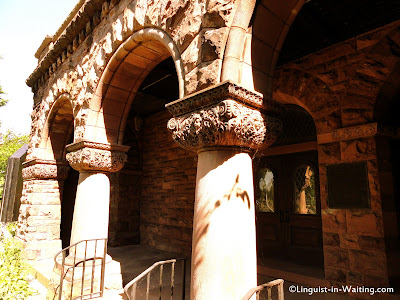 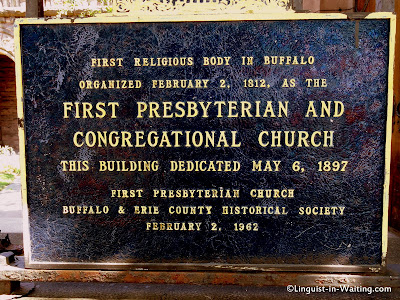 As you can see, the building was later. Maybe the church that was formed in 1812 met somewhere else before that. The architectural style I believe is Romanesque-Byzantine revival. The exterior has all the trappings of a Romanesque revival architecture style, while the inside makes use of plenty of arches and domes, something that is common in Byzantine architecture. 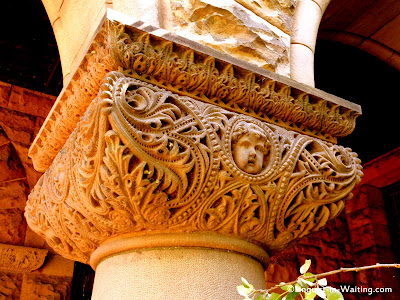 I especially loved the intricate detail that can be found on the columns. 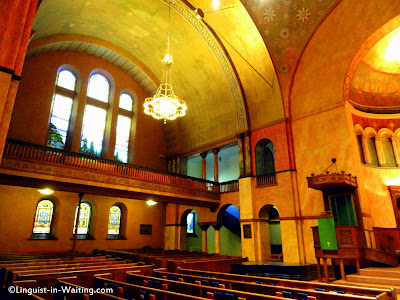 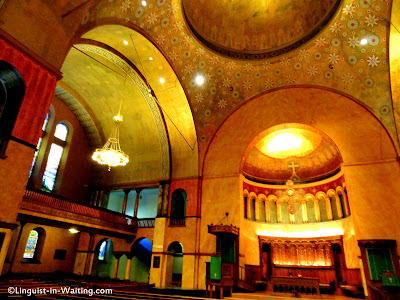 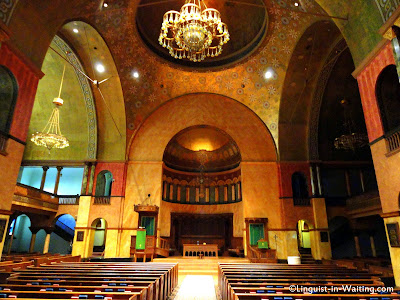 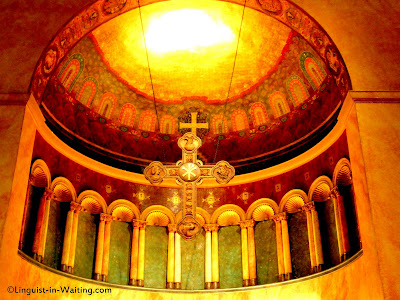 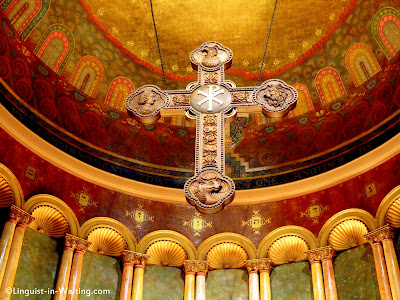 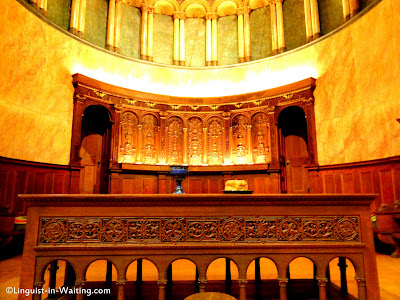 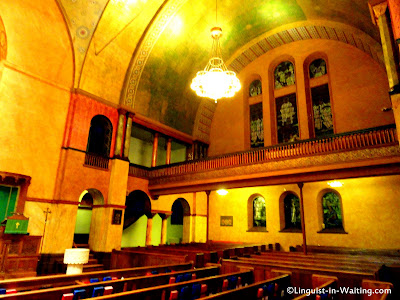 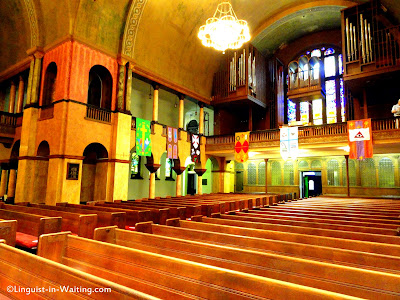 Those are my interior photos. I would like to thank the pipe-smoking priest whose name I wasn't able to catch for letting me inside this wonderful building. I guess if he didn't see me taking photos of the outside, I would not be able to get in and take the amazing pictures of the interior of this remarkable church.