West of the Artisan Market and east of the Presidential Palace, one can find this small neighborhood, the Barrio París-Londres. This is named after two small cobblestoned streets, París and Londres. There is a church that anchors this neighborhood, which is the Iglesia de San Francisco. 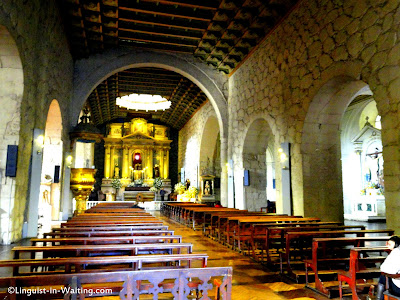 This is a small quaint church, and I was told that the first stone of this church was laid in 1586, making it the oldest surviving colonial building in Santiago. The interior is quite austere. 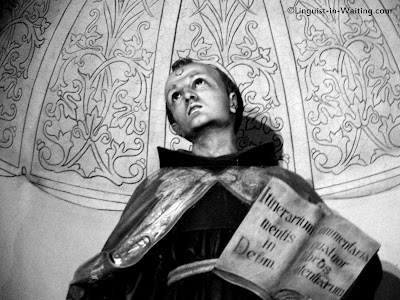 There are several icons inside the church, as expected. 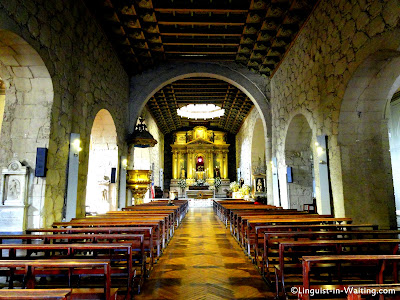 Here's a view to the altar. 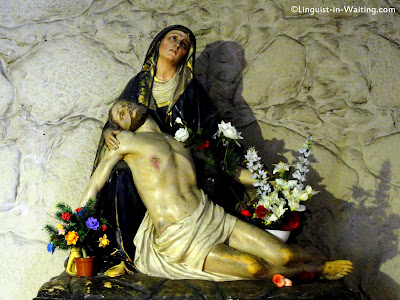 It seems that every church has a statue of Mary grieving over the body of the dead Jesus. 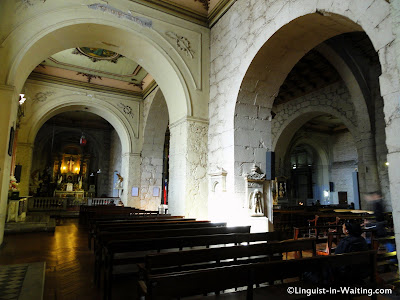 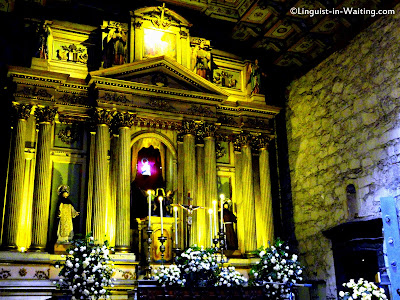 It might be austere, but the interior is still majestic. Here's a shot of the altar, where I played around with the colors a bit to emphasize its grandeur. 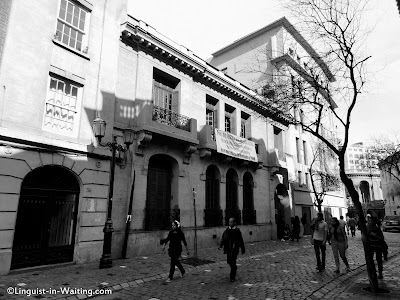 When we went outside, there was a massive protest that was happening. I think the police used tear gas, such that my throat went itchy and people were running around. We found several people clutching lemons, as apparently they help aid the symptoms. 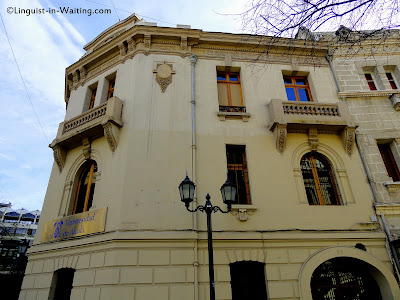 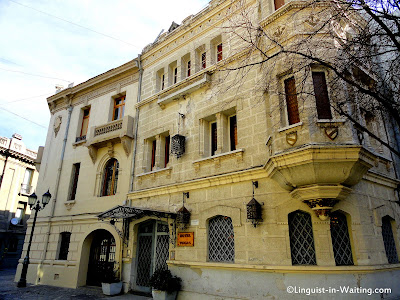 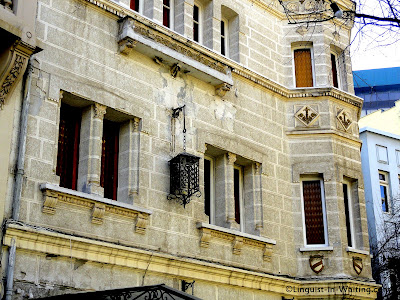 These streets have several nice mansions next to it. These are 1920's European-style townhouses, and some of it now contain run-down hotels. Some also contain university buildings.

Anyway, we were strolling these streets when the protests climaxed, that we ourselves had to evacuate. We took refuge in an air-conditioned bookstore, where we let the air dissipate before heading out again.