This post will be my final installment for my Cavorting in Chile Series. It has been a great visit, and it was nice that even though we went to Santiago for a conference, we were also able to see some sights in the city as well. For this final entry, I am talking about Valparaíso, which is a city about 2 hours by bus from Santiago, next to the Pacific Coast.

We went to Valparaíso thinking that we'll just explore it on our own, but it happened that the Internet is awesome, and I have a reader who is from the city. She offered to meet us at the bus station, and be our tour guide! So we went, we met her, and off we walked, using broken Spanish along the way. Of course, I had a phrasebook, but that can only go so much.

Most people tell us that Valparaíso is a city made for walking: and that was true. That was all we did there. We climbed the staircases, the hills, rode the elevators, went up and down, watched the pier, that's about it. But still, the beauty of this city is beguiling, which is no wonder poets like Pablo Neruda wrote masterpieces about this magical place. 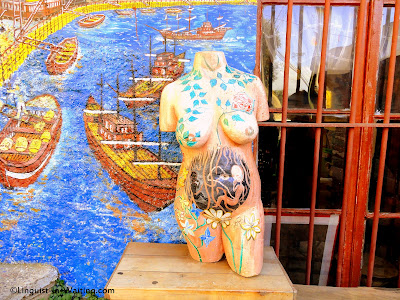 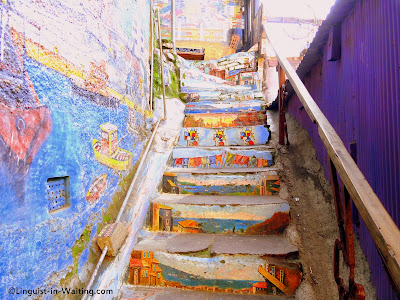 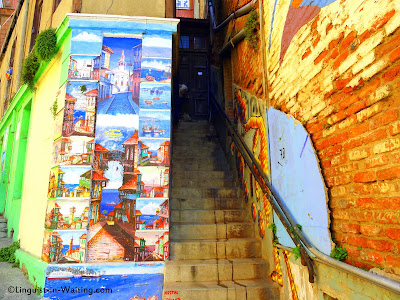 The first thing to notice is the over-abundance of color. Every wall and other paintable surface has color. As we were climbing the hills and staircases, we have seen plenty of public art, such as this one. Notice the level of detail in these. If I remember correctly, this was taken in what is termed Paseo de Sueños, translated as "Avenue of Dreams". It indeed has a very dreamy character. 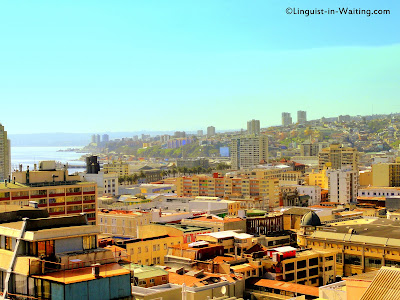 Upon reaching the top of one hill, this was the view that was available to us. I think one can see all the way to Viña del Mar. 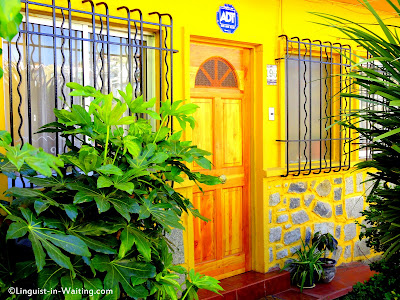 This house is awesome. I like the loud color of the facade, which is so unlike the houses here in North America, which all seem demure and the same. 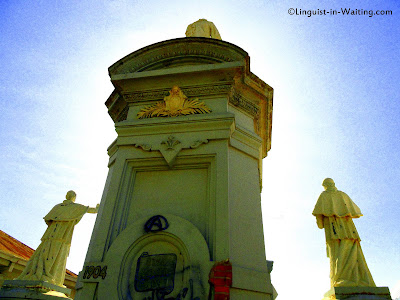 We reached one monument in the middle of the city, but unfortunately, I don't remember what this is about. 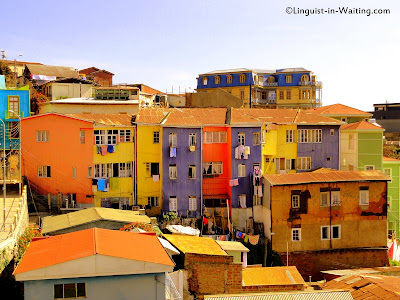 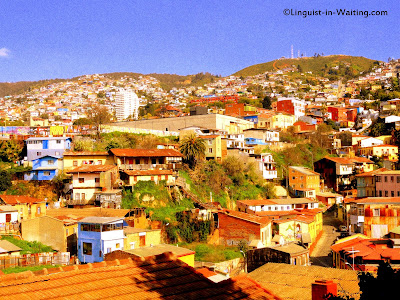 Here are two shots of Valparaíso, showing the multi-colored walls and rooftops that pepper this city. I love it, needless to say. 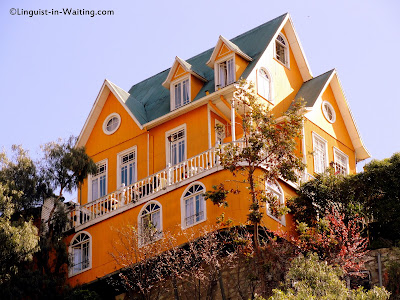 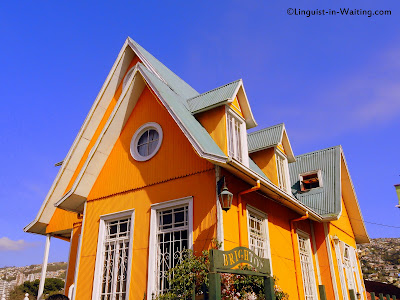 I was quite amused by this building. It looks like it is going to fall, but so far, it hasn't. Not to mention the fact that it is painted in bright orange, which is a nice catchy scene to see from below a hill. These are two photos of this building, from different perspectives. This building happens to be the Hotel Brighton. 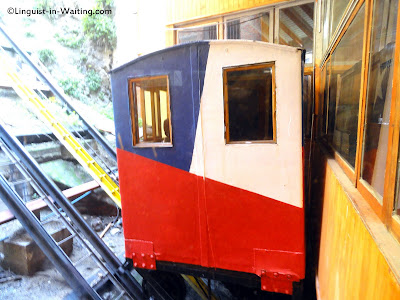 Needless to say, we rode the funiculars that serve the city numerous times. 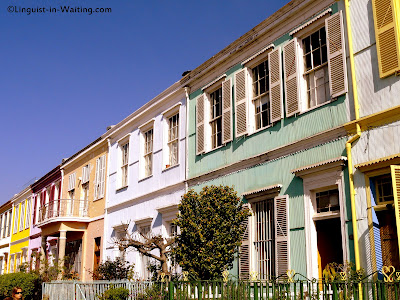 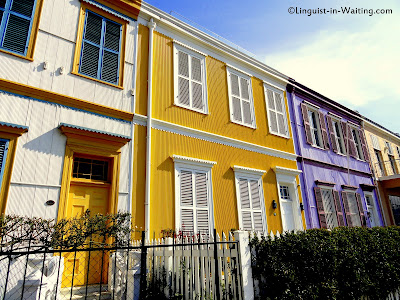 This might be the best piece of real estate in Valparaíso. It has spectacular views, and yes, compared to the other houses, these are quite decent. 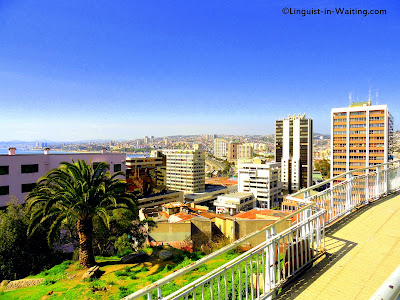 I have never been to Miami, but if I saw this picture, that would be my first guess. 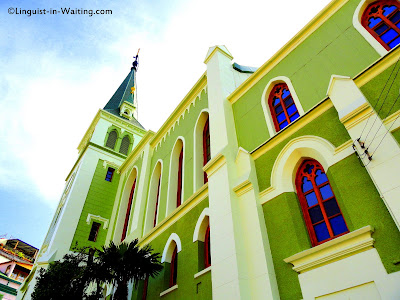 We stumbled upon this rather imposing green church, which is apparently a Lutheran Church. It was closed, so we weren't able to check out the interior. 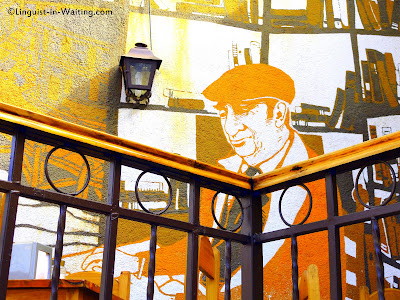 I found this mural of Pablo Neruda. 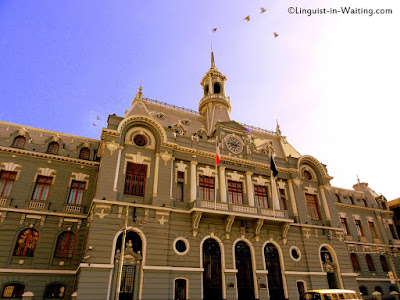 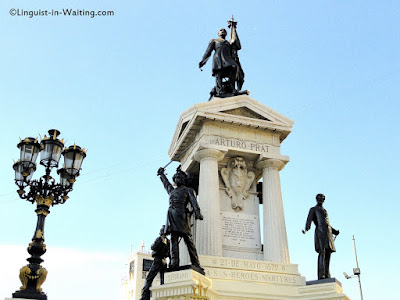 As we descended, we found ourselves in Plaza Sotomayor, with the headquarters of the Chilean Army, facing the monument to Arturo Prat. 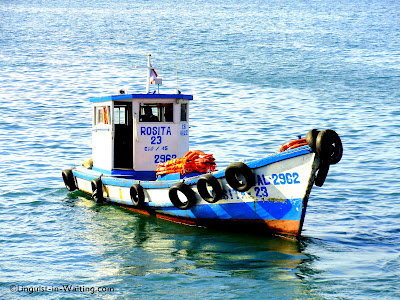 Finally, we headed to the ocean. There were plenty of ships, including big ones from the Chilean Navy. There were also small tugboats and fishing boats, lined up one after another. But this one was a lone boat, just anchored not too far, sitting idly.

So here concludes my travelogue covering my travels in Chile in August. It was fun, and I am glad to show a bit of it to you!