Our walking tour continues. For the first part, I narrated the walk from the Market Arcade to Lafayette Square. This time, we will be picking up from where we left, and move on. 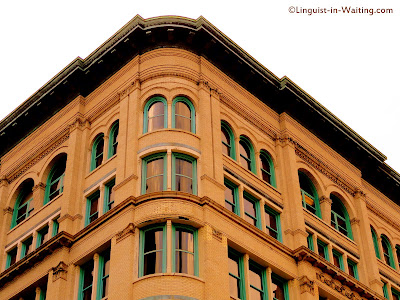 First, let us start with the Brisbane Building. This is a 7-storey building that was completed in 1894, primarily used for retail and offices. It still stands today, right next to Lafayette Square. 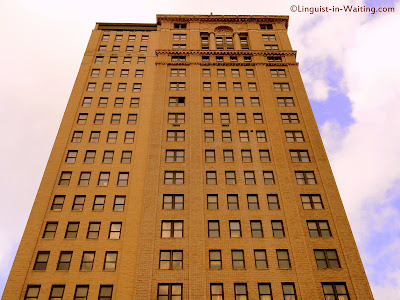 If you cross Main Street, you'll see the Liberty Building. There are two statues of Liberty on the top, but given my angle, I couldn't see it and take a good picture. 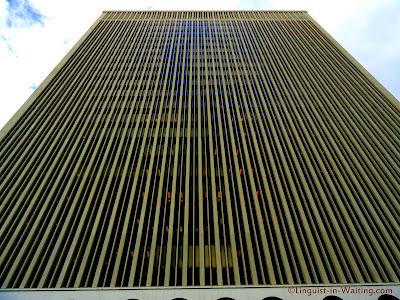 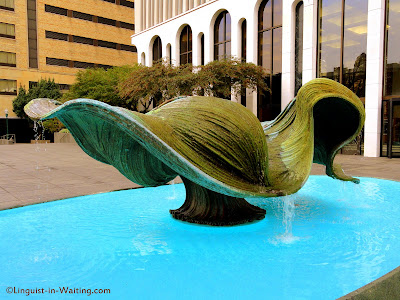 As one goes south, one will see One M & T Plaza, which is a very tall building, designed by Minoru Yamasaki, also known for designing the Twin Towers in New York City. This is the headquarters of M & T Bank, and they have an interesting fountain right at front. 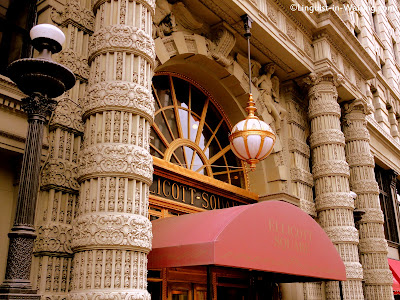 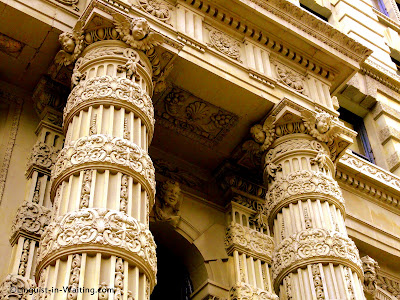 The next building of interest is the Ellicott Square Building. This was completed in 1896, and at that time, this was the largest office building in the world. I especially like the intricate exterior of this building. 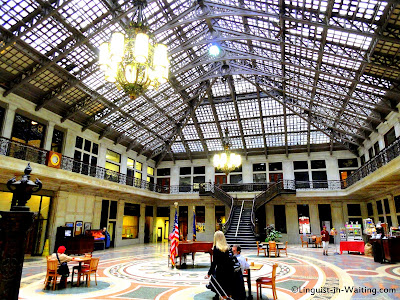 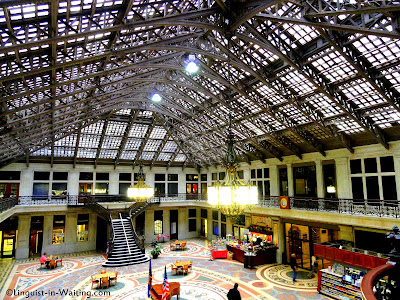 And this is what the interior courtyard looks like. 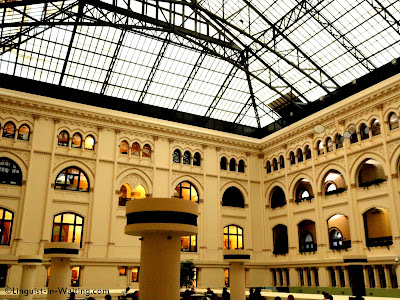 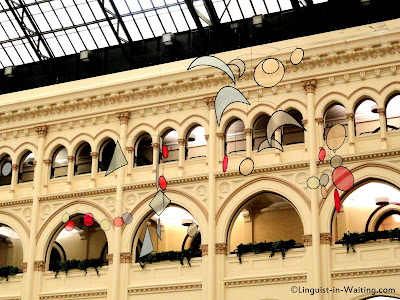 Next is the Erie Community College, which was built in the Flemish Gothic style. Unfortunately, they were doing some renovations outside, which meant that there were a gazillion scaffolding outside, that I couldn't take a decent picture. I had to be content on interior shots, like the above two pictures. 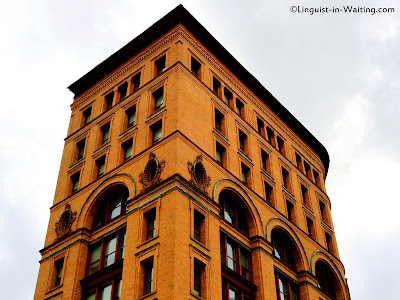 I crossed over into the west side of Main Street again, and found the Dun Building, which is the first skyscraper in Buffalo. This building is 10 stories high. 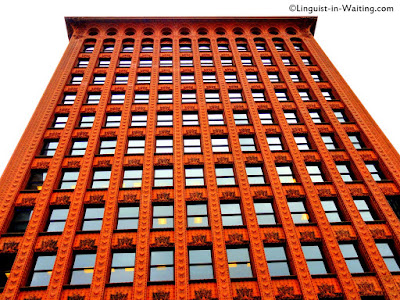 Finally, here is the Guaranty Building, designed by Thomas Sullivan. This building is known for its steel frame structure, and bright copper color. I especially like the intricate designs.

So yes, this is the second part of the downtown walking tour. As usual, you can see more details about these buildings in the official site. There are places I have skipped, only because I have devoted other full articles for those locations.

Stay tuned for the third part!