Book Review: The Museum of Innocence by Orhan Pamuk 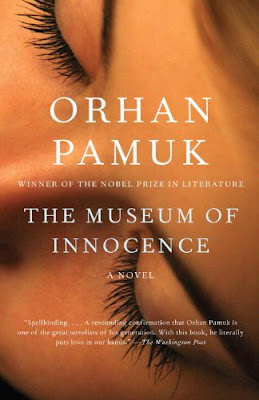 An edited version of this article was first published as Book Review: The Museum of Innocence by Orhan Pamuk on Blogcritics.org.

What would you do, if you have found the love of your life, except you cannot lay your hands on her for the next eight years?

This is a novel about pathos, romance, and the determination of an iron-willed man. Kemal, 30 years old, meets Fusun, an 18-year old woman, a few weeks before Kemal is to be engaged with Sibel. Kemal discovers that he is madly in love with Fusun, and for the next 44 days (the days leading up to his formal engagement day), they make love every day between 2 and 4 PM in an apartment. As the days go by, they form a bond between the two of them, and Kemal realizes that he cannot live and love any other woman except for Fusun.

However, Kemal gets engaged, and Fusun disappears. From that time on, Kemal spends 8 years, waiting for Fusun to return to him, accumulating little items and tokens that remind him of Fusun along the way.

That was just a short synopsis, and in terms of plot, this is a very simple book. It is roughly divided into three different periods. The first period is between the time Kemal and Fusun meet, up to when Kemal is engaged to Sibel and Fusun disappears because she hates the fact that Kemal went ahead and got engaged to Sibel even though Kemal loves Fusun. This first period lasts 44 days.

The second period lasts for 6 months. This is the period of Fusun's disappearance. Kemal tries to search the whole of Istanbul for her, to no avail. Sibel on the other hand notices that something is wrong with Kemal, and she tries her best to resolve it. However, this is also to no avail, and in the end, Sibel and Kemal breaks up.

The third and longest period is when Fusun reappears, married this time, and Kemal becomes a companion of the couple, Fusun and her husband. Kemal does everything in his power to be with Fusun, expressing his love for her in small means, such as a small stare or a smile. Along the way, he takes little items that Fusun has used or owned, so that he will be reminded of her. A toothbrush, an earring, a saltshaker, and many other little things. This collection of little things altogether make up the Museum of Innocence, the museum that celebrated the love of Kemal to Fusun.

I would not want to reveal the ending of this book here in this review. But let it suffice to say that there is a major twist in this novel. You just have to read it to find out what it is.

In terms of character development, I loved the way this novel developed Kemal. I at first thought that he was one of those pathetic love-drunk people, but then no, in the long run, I realized that he is a man of determination. If he loved Fusun, he would do everything he can to get Fusun and live happily ever after with her. I actually admire his drive, his will power, his determination, in trying to achieve his goals.

This novel has featured some recurring themes that I have previously seen in Orhan Pamuk's earlier novels. He writes about conflicts arising from modernity and tradition in Turkish society. In his previous novel My Name is Red, this is manifested as the conflict between artists who decided to paint in the European style, and the opposition they get from the conservative painters who insist on the Islamic style. In Snow, this conflict is evident in the fact that there are groups of women who want to wear headscarves even though the secular schools forbid them to do so. In the current novel, this conflict is manifested by the fact that the issue of virginity and sex before marriage plays a major role in how society views people. On the one hand, people want to be modern and therefore think that virginity is not an important aspect of marriage anymore. On the other hand, they also recognize that other people do not think the way they do, and so instead of acting the way they think, they try to act the way other people think.

Another aspect of this novel that I liked was that this was an etude of romance and pathos. Reading the book made me feel like I was Kemal, as if I was the one who was actually experiencing the complex bundle of emotions that one gets when in love. Orhan Pamuk does a great job writing about love experienced at the wrong place and time. I would almost want to think that he himself has experienced the pain associated with loving a woman and waiting for her for 8 long years.

Overall, I loved this novel, and I am glad that I picked it up to read. I wholeheartedly give this novel 5 out of 5 stars. 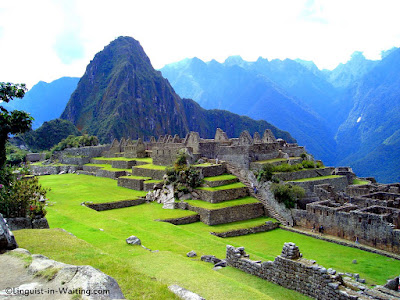 (Whoa, from my Machu Picchu Series)