Gallivanting in Guatemala: Church and Convent of the Capuchins

Antigua is known for its plenty of destroyed churches and convents, in various states of disrepair. Some have been restored, such as the one for the Society of Jesus, while others have been simply preserved while at the same time, re-using the space that it occupied, such as the one for Santo Domingo. The current one I am blogging about, the Church and Convent of the Capuchins, is of the latter type. It has been destroyed during the earthquake, but now it is preserved as an archaeological site. In my opinion, this has been the best ruins so far. 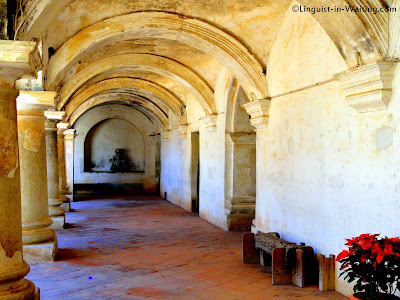 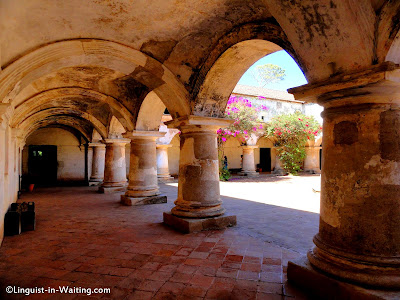 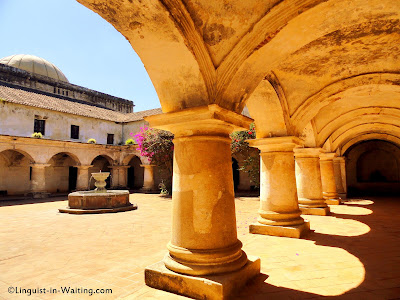 After paying the small entrance fee, one can see the courtyard, which was restored. The main feature of this courtyard is the fat and thick pillars that support the building. 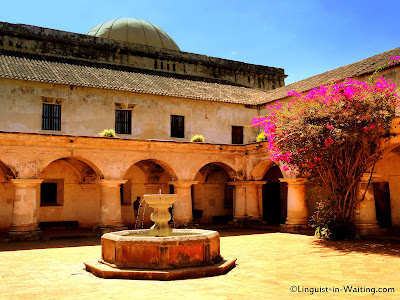 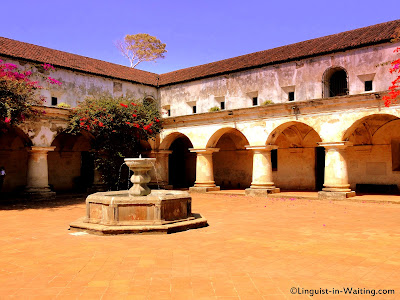 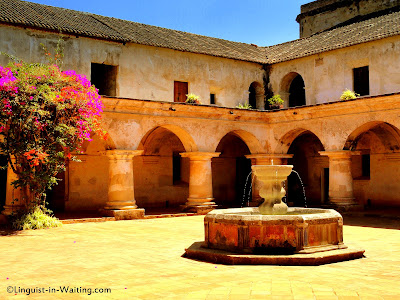 Fountains in the middle of courtyards seem to be in fashion during those times, so this convent also had one. It is still working, and the courtyard is surrounded by bougainvillea trees that flimsily shade people from the bright sun. 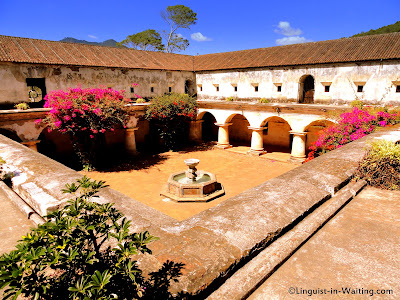 One can climb up to the second floor, where there is a guardless terrace. One can sit down, and let one's legs hang down into the courtyard. 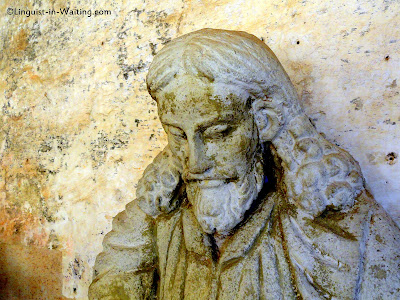 There are plenty of random sculpture and other pieces of art that are scattered along the whole property. 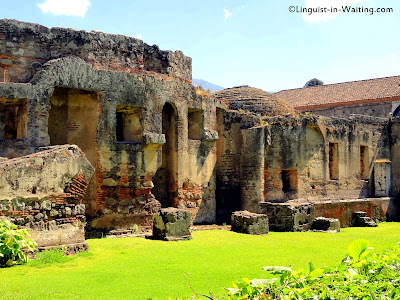 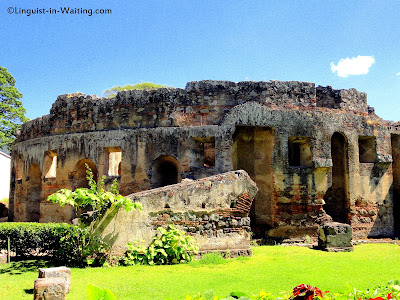 One interesting feature of this convent is the circular cloister that is located in the back. This structure housed the nuns that used to live here. I first checked out the garden, wanting to see what it looked like from the outside. 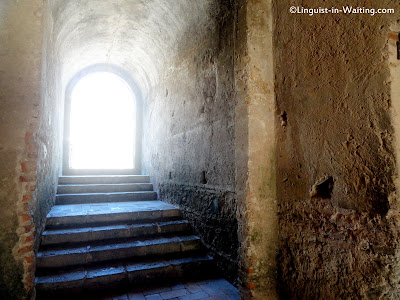 Entering the cloister afforded me to take this shot of an interesting glow. 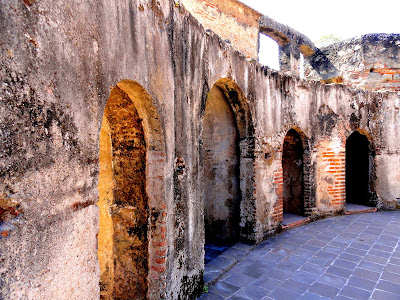 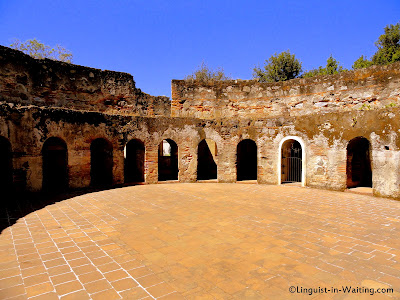 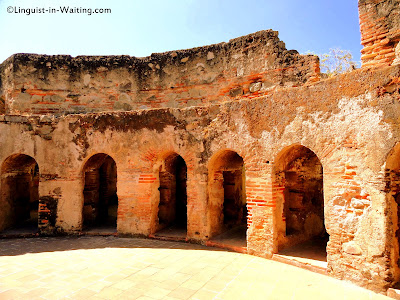 Finally, I was able to check out the cloisters. There's a circular lobby, and around it are these small cell-like rooms. The nuns used to live here. It was quite the austere situation, this is no Hilton.

I spent about an hour here, checking out the location. I think this is one of the better sights in Antigua, and I recommend people visiting to pay a visit to this place. Your camera will like it.