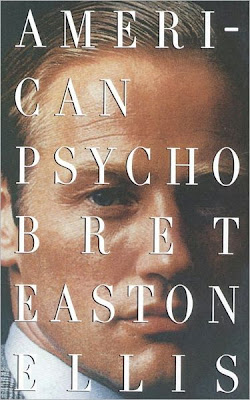 An edited version of this article was first published as Book Review: American Psycho by Bret Easton Ellis on Blogcritics.org.

Patrick Bateman: a twenty-six year-old Wall Street yuppie, a psychopath, and perhaps the world's worst nightmare. That being said, he is also the anti-hero that I couldn't help but love. Bret Easton Ellis churned out a great novel in this one. Here is why.

American Psycho is narrated by Patrick Bateman, the anti-hero, who works in Wall Street, pulling in 6-figure salaries a year, and is the stereotypical corporate yuppie living in New York City. Set in the mid-1980s, the novel starts solidly by sketching Bateman's personality: he is vain, materialistic, and is the living stereotype of a glamorous corporate spender. He wants to be the one who owns the best stereo system, he wants to be the one who has the best business card, and he gets irritated and annoyed whenever someone else seems to have better things than him.

He is also hot and sexy, and he knows it: he gives style advise to his friends, and even in the monologue narrations, he gives advice to the reader about fashion and grooming (I especially liked the shaving advice he has, with the part about the moisturizer and cologne). In addition to that, he knows his brand names: this book perhaps holds the record for name-dropping the most designer brands in the text.

So, Patrick Bateman is vain and materialistic. So what, most people in the world are like that. But no, this anti-hero is special. Patrick Bateman is also a psychopath. He is a serial killer. And in 400 pages, he manages to maim, torture, and kill dozens of people, from beggars to delivery boys to prostitutes to children. And yes, it is graphically narrated, that I squirmed on my seat as I gasped in horror at the mental representation I was creating while reading these passages. That being said, I don't think I would be watching the movie version any time soon.

I do not intend to describe the gross and horrendous things that Patrick Bateman did. I will leave that for the reader to find out. One question, however, that I would like to ask, is whether the killings really did happen, or if it was all a product of his imagination. I believe that by leaving the answer to this question ambiguous, this book just earned itself some top-notch respect and praise.

I see two interpretations to the book, depending on whether one thinks that Patrick Bateman really killed his victims or not. If one presupposes that the killings really did happen, then Patrick Bateman is an emotionally-damaged individual, who resorts to killing just to be noticed in the sea of anonymity in the corporate world. In his world, everyone has a business card, everyone dines in the same top-notch restaurants, everyone pretty much follows the script, and killing is his way of attempting to be noticed. Heck, all throughout the novel, various peripheral characters call him by other names: they mistake him for someone else. And in one occasion, after killing someone, he goes to great lengths, almost revealing himself as the killer, just so that someone would take interest in himself and the events surrounding him.

On the other hand, if one presupposes that the killings are a fantasy that was all in his head, then I still see Patrick Bateman has an emotionally-damaged individual, who is sick of the mundane and monotonous life that he leads. He has a girlfriend who he doesn't love, he has a secretary who loves him, and he does the same thing over and over again day in and day out. Hence, a fantasy involving killing a stranger, strangling them, electrocuting them, cutting off their breasts, doing horrendous things to them, these are just fantasies that he constructs in his head to keep himself alive. Wall Street has numbed him enough that he needs to simulate pain in his head just to be able to feel.

Regardless of what the reader might think, I admire this novel, and perhaps is one of the best novels I have read in the recent past. I like the unreliability of the narrator, allowing the reader to be involved in the story himself. Personally, I found the narrator (Bateman) so unreliable, that I formulated my own hypotheses regarding what really is the truth in this story.

I also like how the novel is structured: it begins with long monologues by Bateman talking about fashion, style, and grooming. It shows how vain he is, and early on, the main character was developed, allowing the readers to form expectations about him as the story goes along. Later on, when the killings start, they start rather plain, and as the story moves on, they get more graphic and graphic, that some weak-stomach readers might decide to put this book down and never pick it up again. Here, the narrative style shifts widely: at times, it becomes almost stream-of-consciousness, perhaps reflecting the unstable mental state of Bateman. And in one part, the first-person narrative suddenly shifts to the third-person, almost giving the impression that Bateman had an out-of-body experience, narrating about events surrounding him, but looking at him from the outside.

Overall, I enjoyed this book. This book is not for everyone, I should say. But, I find myself so enamored by American Psycho: this novel is so beautifully written that I cannot help but love the anti-hero. It is a novel that will make one think. It is a novel that feels like pain, deliberately inflicted on oneself, just to make sure that one can still feel. 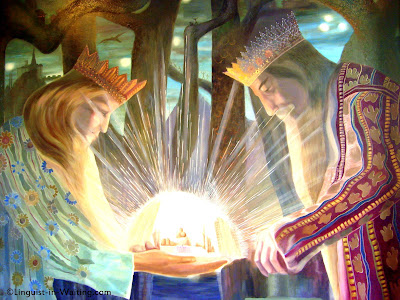 (Painting Detail, from my Cathedral of Learning Series)