After visiting several sites in Antigua, it was time to move along. I spent a total of three nights here, in a hostel where dorm beds cost 7 USD per night, with an awesome breakfast. So, it was time to move on, but not without taking photographs of the town. After all, this was an awesome and quite historical town, with every street lined with cobblestones. The buildings are just oozing with history left and right. 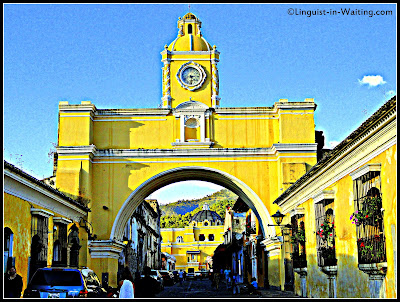 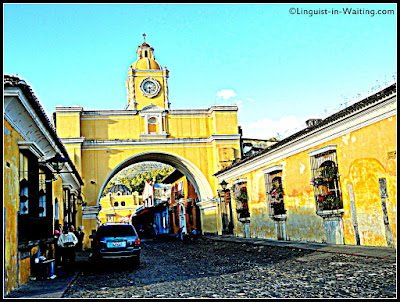 First, I made sure that I had a picture of the famous arch. Every article about the things and sights to visit in Antigua features this arch. It is immediately south of the Merced Monastery, and makes a nice frame to the volcanoes surrounding the town. This arch is what remains from a tunnel that linked the two buildings to its left and right. It was constructed so that the nuns who inhabit those buildings don't need to get out into the street in order to go to the other side. 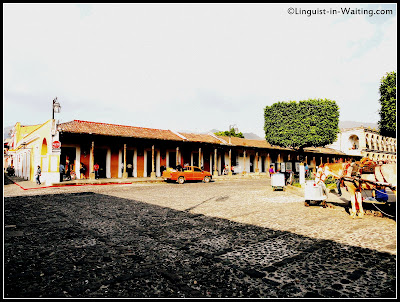 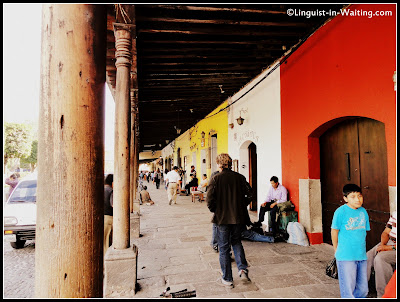 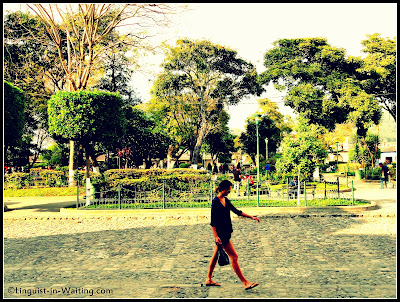 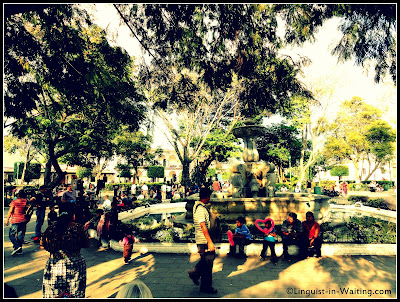 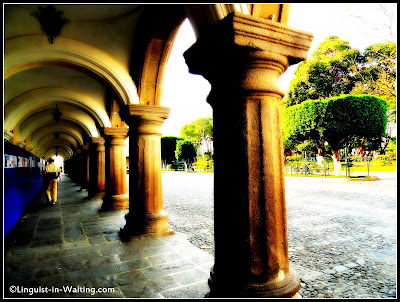 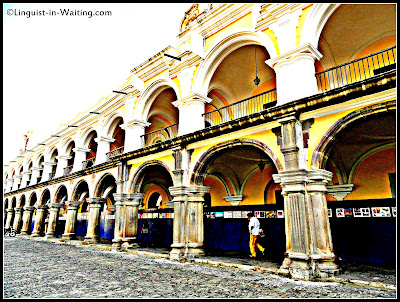 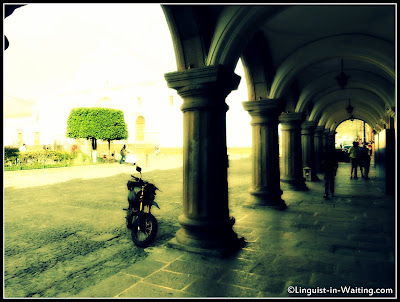 This is the Palacio de los Capitanes Generales. It wasn't open when I was there, but there was an exhibit about Guatemala that was being prepared in front of it. 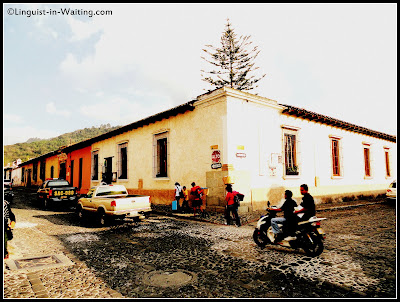 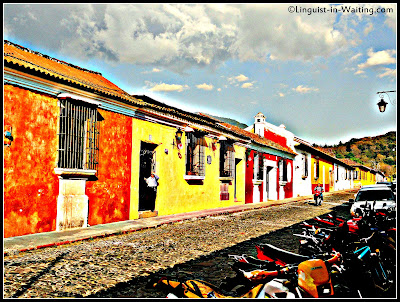 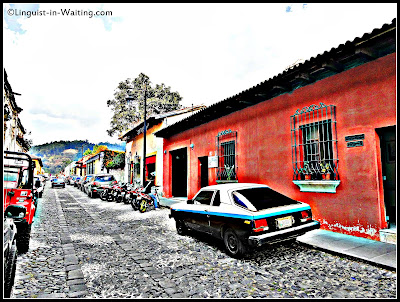 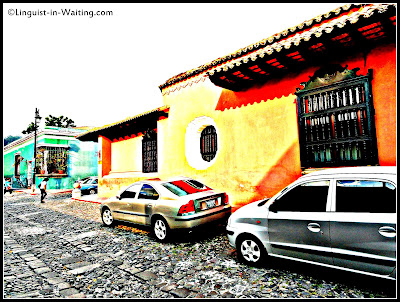 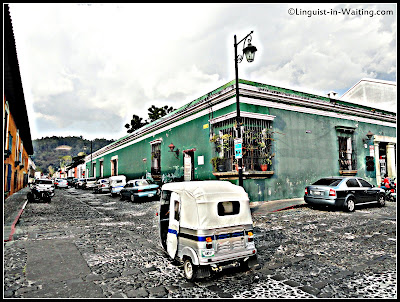 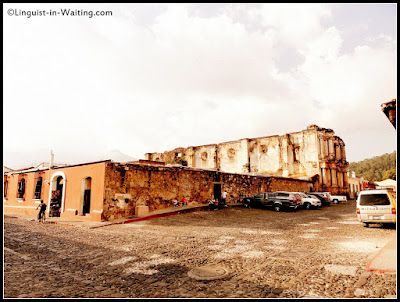 Finally, here are some shots of the street scene. There are plenty of painted houses that have shops, restaurants, hostels, and other private homes. The town is rather small, and you can walk from end to end within an hour, not even, I think. Anyway, this was a great base for a couple of days. After spending 3 days here, I went to the bus station, took a ride in a chicken bus, and headed somewhere else. So stay tuned!