While I was in Chichicastenango, I visited another Mayan site that was relatively close by. I figured being in Guatemala is a good excuse to increase one's count of Mayan sites, so I went to another one. I went to a site called by many names, but let me pick and choose one of them: Q'umarkaj. The reason why there are so many names is because there isn't a standard way of spelling the name. Add to that the fact that there's a Nahuatl name for the site as well, Utatlan.

In order to reach Q'umarkaj, I had to take a chicken bus from Chichicastenango to Santa Cruz del Quiche. Santa Cruz del Quiche is actually the capital of the province/department/subnational division of Quiche. However, Chichicastenango is the more known town, due to its market. The chicken bus took about 45 minutes. Then, I had to ride the microbus that goes directly to the front entrance of the ruins. The ride took fifteen minutes. I was there in no time. 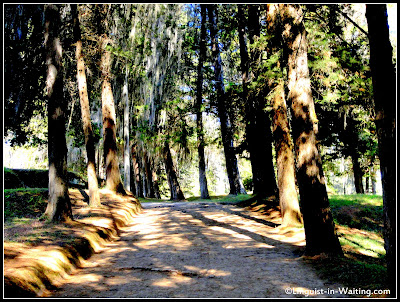 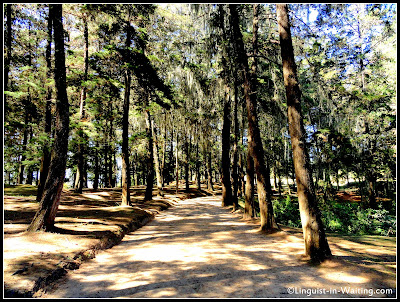 This is one of the lesser known Mayan sites. I realized that when I found myself to be the only foreign person in the archaeological site. The other visitors were all local, mostly young couples on a date. Personally, I find that rather romantic, instead of watching a movie, they go and visit an archaeological site, and they make out underneath the thick canopies of the trees. The path you see above leads from the entrance to the grand plaza. One can enter after paying a nominal fee. 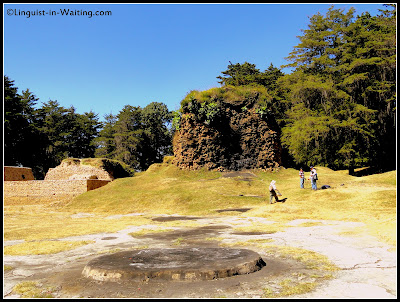 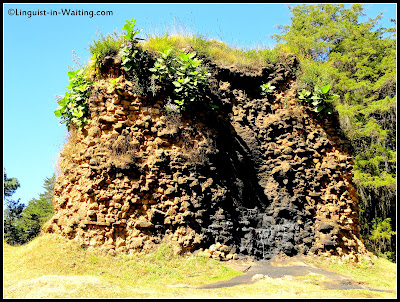 The two pictures above show some features of the site. As you can see, this site is still used by contemporary Mayans for their religious ceremonies. You see some round platforms where offerings are given, and you also see the large blackened structure, which is actually a temple. When I visited, it was still reeking of incense, as someone just finished offering some candles. The men you see are actually preparing to do some offerings. 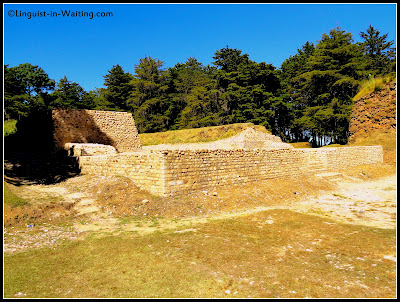 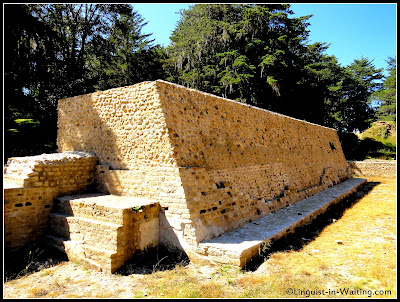 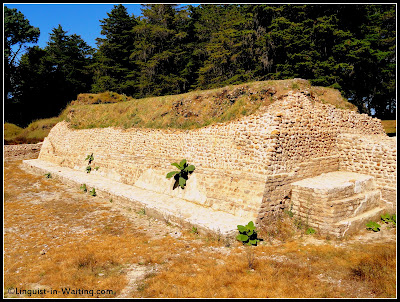 I think archaeologists still have a lot to do in this site with respect to digging. This is the only restored structure I have seen there. Most are still covered in dirt and grass. 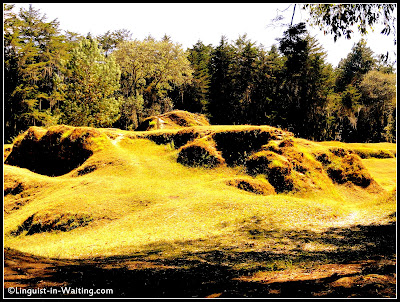 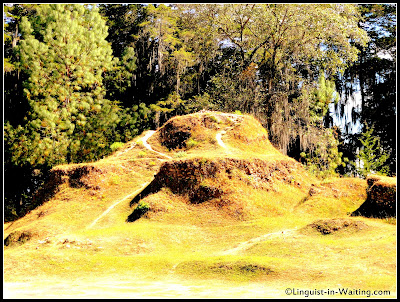 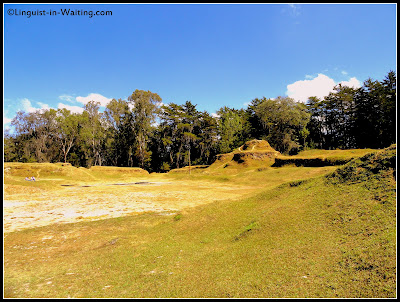 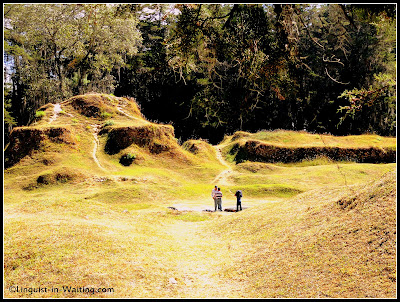 As you can see, there's plenty of mounds that are covered by dirt. Some are the remains of temples, some are the remains of ballcourts. It was quite interesting wandering around them, as I know that once upon a time, this area used to be a very busy location, as this was the capital of an ancient kingdom.