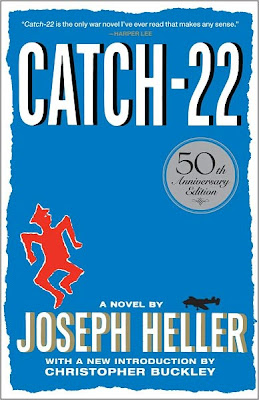 It's World War II. You're a pilot. You don't want to die, and you think you've flown enough missions to go home. The problem is, you cannot go home. You cannot go home unless someone certifies you that you are insane. So you decide to pretend you're insane. Will you go home now? Nope, because if you decide to pretend you're insane, then that is proof enough that you are not insane, and therefore can still be sent to missions.

That's the premise of this awesome novel by Joseph Heller, Catch-22. It is absurdist literature at its finest, and I am thankful to my sister for recommending this one to me. If she hadn't lent it to me, then I probably would not have read it.

The thing is, this is a very good example of absurdist literature, and it gains plenty of points for language, in my book. There are plenty of non-sequiturs, and the dialog is just hilarious, as well as the logic that is described. I often found myself laughing by myself, embarrassing myself as I was reading this.

That being said, this book also made me think. The narrative is non-linear; every chapter is centered on a particular character, and the temporal dimension of every chapter is different. It is linear within each chapter, but the beginning of one chapter does not mean it starts at the end of the previous one. Hence, the grand big picture is slowly being shaped as the reader gets to know more of each character.

Slowly, one by one, the characters die. But before they do, each character seems to have a particular quirk, a personality, and that I definitely liked. As much as it is an absurdist narrative, I didn't find myself annoyed or irritated, unlike my reading experiences with Gary Shteyngart's Absurdistan, or Ferenc Karinthy's Metropole. Somehow, I didn't get tired of the funny comic devices that Heller used in Catch-22.

So yes, I definitely recommend this book. It is hilarious, a great read, and something that in my opinion, would be considered a classic piece of literature a few decades from now. I give it 5 out of 5 stars. 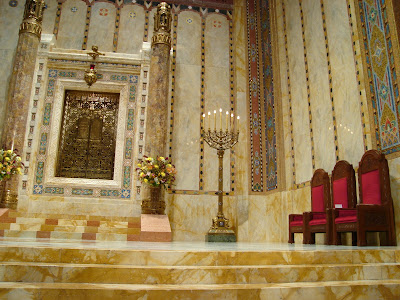