Watching Jack Kerouac's On the Road 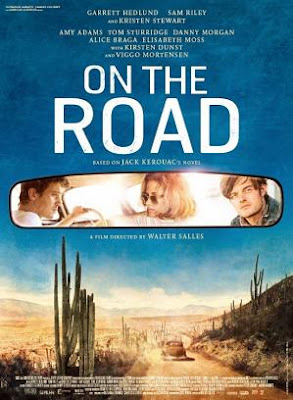 A couple of weeks ago, I headed to the theatre and watched the film adaptation of Jack Kerouac's On the Road. It was a movie that I was rather excited to watch, because I previously have read the book almost two years ago, and I read it while I was in Mexico City, which was a destination in the book. It was all due to coincidence. For my review of the book, click here.

The movie was released in Germany October 4, and I got to see it a couple of days afterwards. The movie was brilliantly made, and I actually liked the fact that there was this asymmetry between the actors that played the parts and the parts themselves. The thing is, well-known actors were just relegated to minor small roles, while the big roles for Sal Paradise and Dean Moriarty were played by lesser-known actors. Kristen Dunst played Cammille, which was Dean's second girl, but she doesn't appear as much, and Viggo Mortensen played another writer who we only see for about 5 minutes. Then there's also Steve Buscemi as a gay traveling salesman. I liked this because it showcased the major roles' actors' prowess.

See, the thing is, these characters are the foundations of the Beat Generation. They are artists, writers, poets, and they produced literature and other types of art. And yet, in order to do so, they took drugs and alcohol, and lead a hedonist life. Now, is their art a product of genius, or simply a product of drug use? I find it hard to reconcile the idea that I am supposed to admire these "works of art" because it was produced by geniuses, when in reality, it may have been just the product of hallucinations. Somehow, I have a problem with that idea.

It then makes me think, why did these people lead their lives the way they did? They did seem to enjoy it. But I think it's just a cowardly way of escaping reality. Granted, what I term "reality" is relative, and only based on normative assumptions that are created by the majority of society. I suppose it is their life, if they choose to waste it away by consuming tons of alcohol and drugs, then it is their choice and I will respect that. I just don't feel like dying at an early age like Neal Cassady, who was the basis for the character of Dean Moriarty.

Would I recommend this movie? Well, if you're a fan of the book, then by all means you should watch it. For me, it was more of a sociological experience, as it allowed me to take a peek into the lives of people whose lifestyle wasn't mine, in the comfort of a movie theatre. 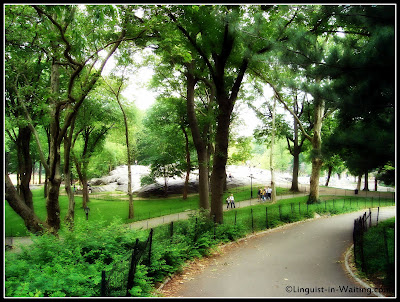 (A Path, from my Central Park Series)