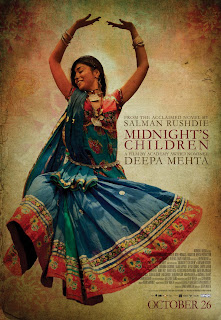 I rarely watch movies: recently, I've only found myself in a theatre when I am with someone else and they wanted to watch a movie. However, I still find myself watching a movie when it's a movie adaptation of a book I really loved. And so when Midnight's Children was released, I headed to the theatre even though I was just by myself.

I remember reading this 2 years ago: this was the book I was carrying with me during my trip to Chile, and judging from my review, I remember liking the novel, though perhaps not as much as the other two novels of his I also read. I also remember that the novel isn't written in the frame narrative, and is more linear.

The movie is 144 minutes long, and yet as I was watching it, I cannot help but feel a bit disappointed that there are parts of the book that were deleted. I suppose that is always the case with movies adapted from books. But the thing is, one reason I like Salman Rushdie is his painfully detailed narrative. Hence, his books are mostly thick with tons of details embedded in them. When it becomes a movie, then things are ruined. And I cannot imagine moviegoers who haven't read the book marveling at Rushdie's genius with respect to the power of description.

Speaking of deleted scenes, why did the movie delete the Sundarbans? That was perhaps one of my most favorite segments of the novel, when Saleem almost mythologically gets lost in the mangrove forests in Bangladesh. And instead, the movie replaces it with an encounter with a weird Bangla local.

The movie is in English (heavily-accented, mind you) and Hindi/Urdu. As I watched it here in Germany, it is screened in the original language with German subtitles. Hence, the subtitles in the Hindi/Urdu segments were German, not English. That being said, my German knowledge was good enough to read the text.

So overall, I enjoyed the movie. It's not the best movie out there, but it is definitely above average. I might be biased because I like the writer and the novel, but for 144 minutes, this movie has plenty of stuff going on. I recommend it to people who might be interested in what Salman Rushdie is about; this story is a good introduction to his novels' themes of magical realism in South Asia. 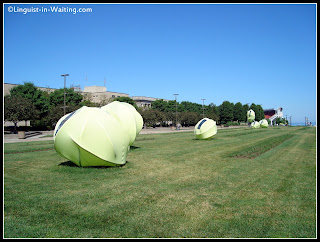