One of the things I wanted to see in Sofia was this church. It was huge, it was imposing, and it was actually the first structure I saw and recognized while my plane was landing into the airport on my first night. It was pretty, and was illuminated at night. It is one of the largest Orthodox churches in the world, and it is also a symbol of Sofia and Bulgaria as a whole. 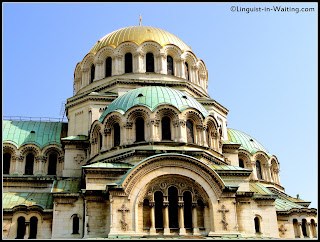 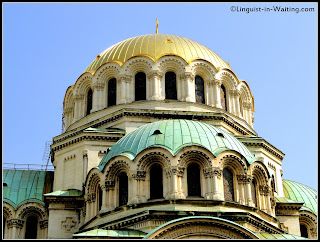 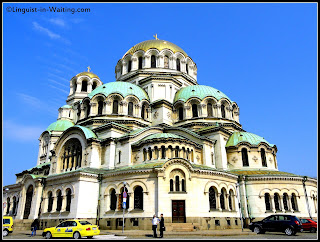 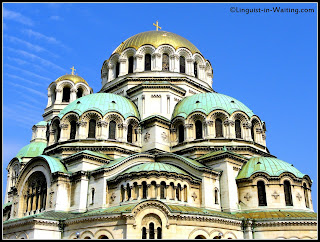 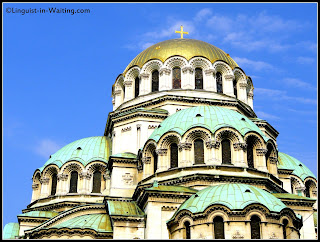 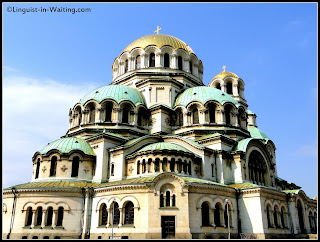 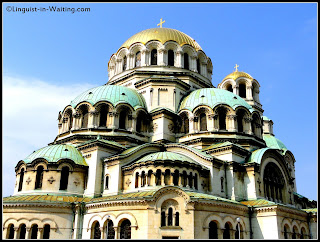 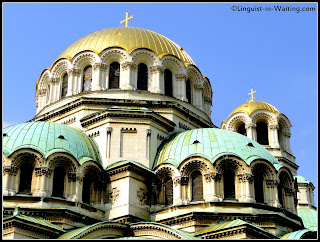 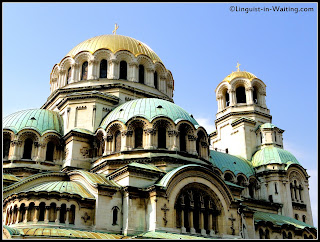 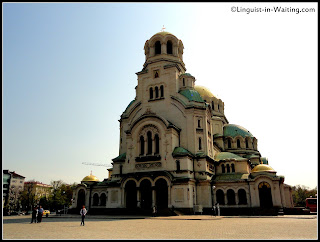 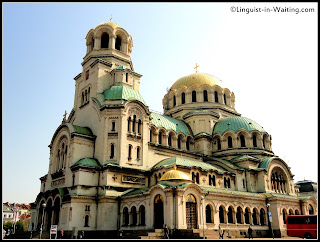 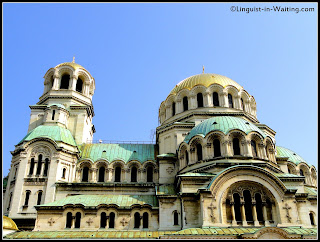 Unfortunately, photographs are not allowed inside. So I am just going to flood this post with the pictures of the exterior which are displayed above. This church sits right in the middle of a traffic circle, and the area around it is quasi-pedestrianized, so that there are a lot of cars zooming by.

I actually was here during nighttime as well. The night before, I figured I'd take a walk outside during the evening, and so I went out the hostel and stumbled upon this building. It was beautiful, it was grandiose, and it was pretty. Unfortunately, I didn't have my camera that evening.

The next day, I went again and took these photos. It was a Sunday, and sure enough, there was a mass going on inside. I decided to enter and join. And immediately, I noticed several differences between the Orthodox service and the service I know. First of all, there were no seats inside. So people who were attending the service all stood up inside the church. The few benches found on the sides were all taken by elderly people.

Second, there was a choir. They were singing, and it seems that the singing was like a conversation between the choir and the trio of priests up front. The altar had a curtain, it was more like a room, and the trio of priests were inside that room, and while the curtain that serves as a door to that room is open, they were singing as if they were answering the choir, or the other way around.

Once the singing was finished, people sort of lined up, I didn't know why, but apparently they did so in order to kiss a framed picture. Then they also lined up to kiss some piece of wood. And then one of the priests from the original trio of priests appeared and climbed the pulpit that was located at the left of the room-altar, and then the people faced him and listened to what he was saying.

By this time, I got bored, after all, I didn't know what the people were saying. But regardless, I was able to admire the beautiful architecture inside. I couldn't describe it, because I don't know where to begin. It was something that I think even my camera would fail in capturing, even if I was permitted to take a photo.

Overall, it was an interesting experience. I am never religious, as readers of this blog would know, but sometimes it is interesting to see the practices of those around me who are religious.