Sofia is the capital of Bulgaria, and as we all know (unless you've been living under a rock, or you failed World History), Bulgaria for the most part of the previous century, has been under Communist Rule. This means there are plenty of architectural and monumental artifacts all over town pointing to this part of history. The buildings are grand and majestic, and the monuments are elaborate, showing the socialist worker ethic. So one of these places is the Monument to the Soviet Army, which is located a little bit to the east of the center. It is now in the midst of a public park, and there are plenty of skateboarders practicing their moves around it, but it still looks grandiose to some degree. 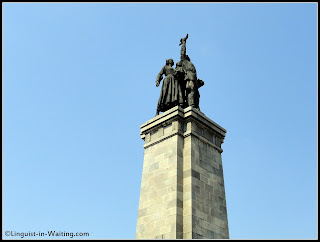 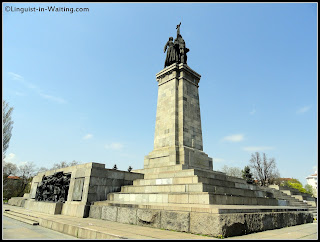 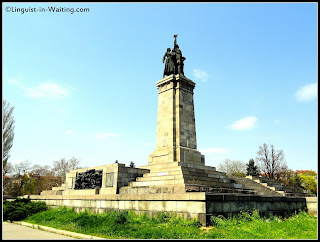 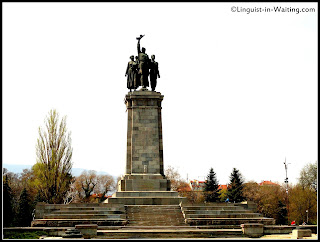 As this was a huge location, I cannot even include everything in one shot. So the first four pictures above show the pillar or the tower. The sun was shining bright so the lighting was not ideal, unfortunately. 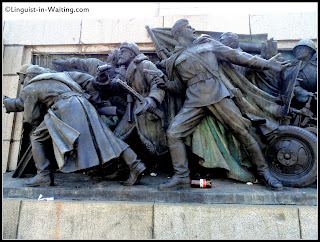 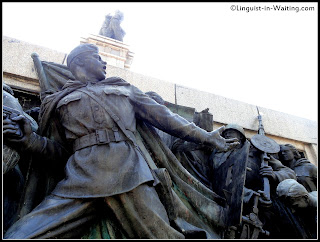 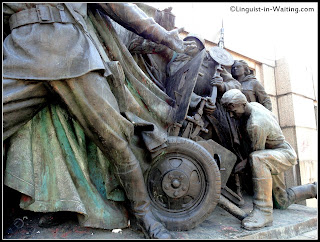 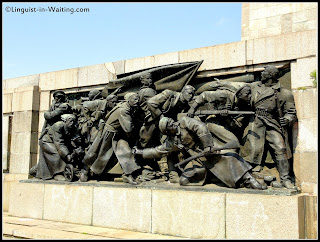 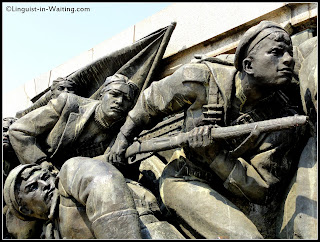 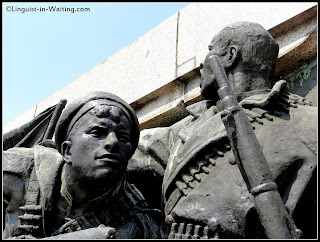 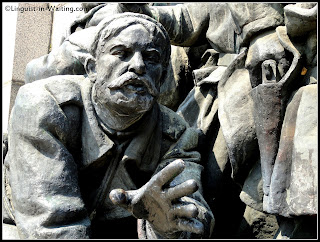 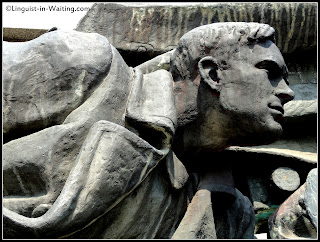 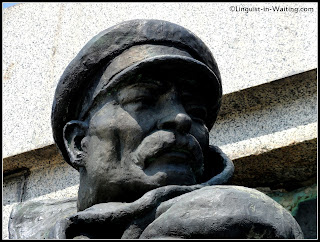 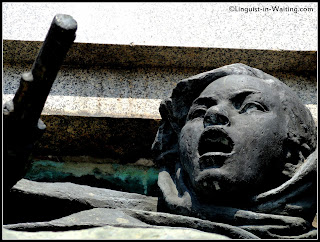 Here is the side of the large platform underneath that pillar. There are plenty of things going on, so I photographed them in detail. I read the Wikipedia article and it says that sometimes, this area is vandalized, whereby people would put clothes on these statues and make it more funny. And sometimes, people use it to express protest. 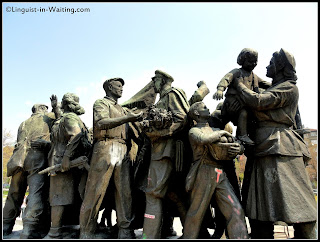 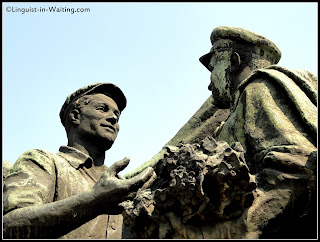 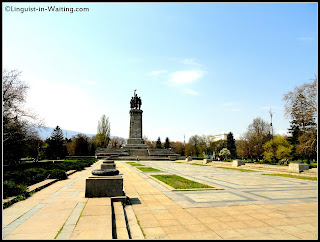 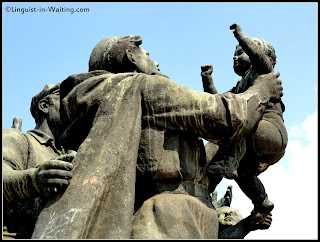 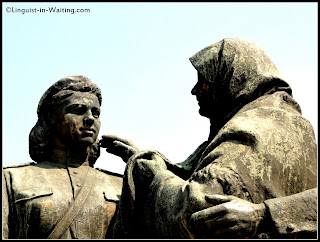 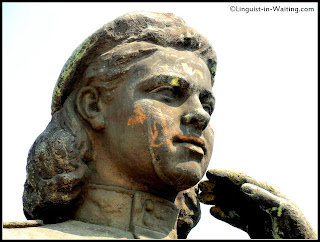 I find it interesting how monuments like these are used to promote political values. Communism, for example, emphasizes the importance of workers sharing things together and by doing so, they claim that the country will improve. If you look at these statues, for example, people are sharing things together. Ideally, that's nice, but we know that it is not always the case. People are still selfish, and I think they are more selfish than altruistic, hence, Communism will always fail. There's plenty of cases of high-ranking people in Communist governments becoming so corrupt and robbing their constituents, that this ideal is so hard to implement simply because it is so natural for us humans to want to be better than the next person.

Oh well, that's my political inclination. I'll stick to linguistics and traveling for the moment.