Cavorting in the Caucasus: Saint Gayane Church in Echmiadzin

After visiting Saint Hripsime Church, we proceeded to another church, which is the Saint Gayane Church. This structure was built in the 7th century. Its design has remained faithful to the original, even though there were some renovations and repair work that has been done. And yes, things are old here. It never fails to amaze me to see these buildings still standing even though several centuries have already passed since their construction. 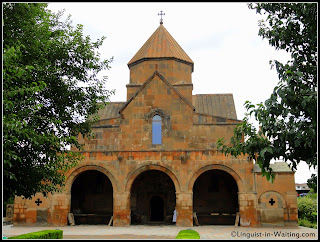 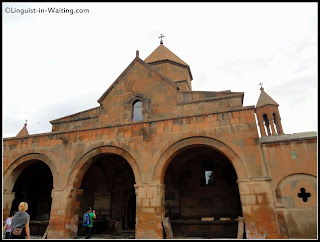 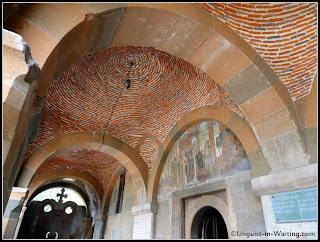 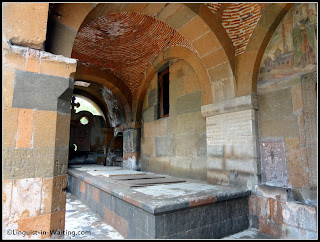 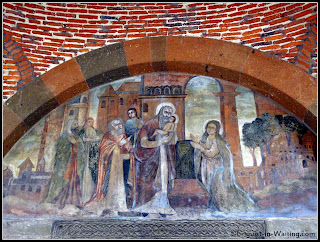 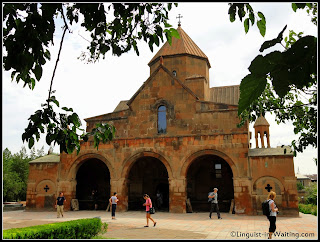 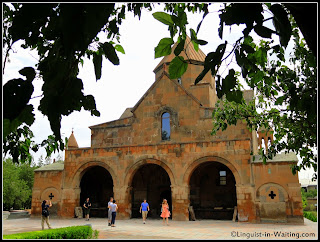 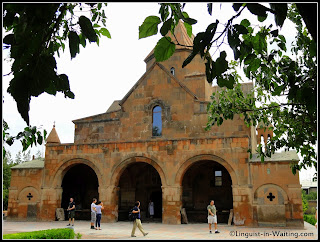 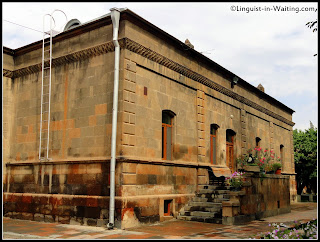 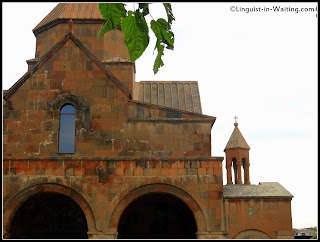 As the name suggests, there was a saint that was martyred here. Saint Gayane is said to have been killed during the time that Armenia converted into Christianity. Several Armenian martyrs seem to have been Armenians who went to Jerusalem, found Christianity, and brought it back to Armenia. When they came back, they encountered hostility, and therefore were martyred. Saint Gayane together with Saint Hripsime faced death when they refused to choose the Armenian king over their newly-found faith. 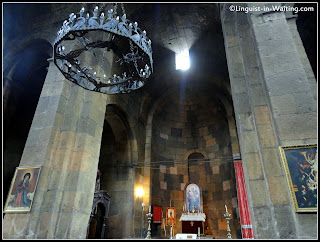 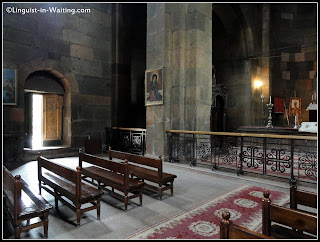 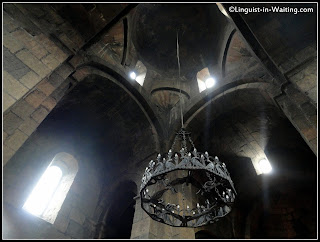 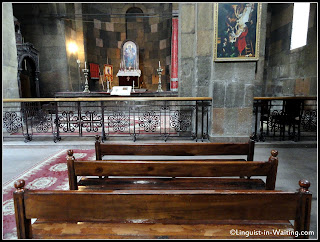 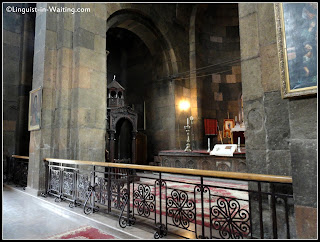 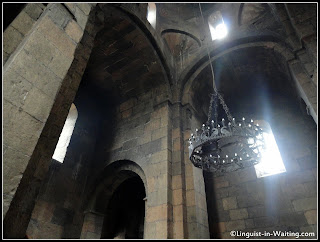 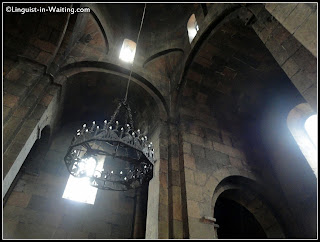 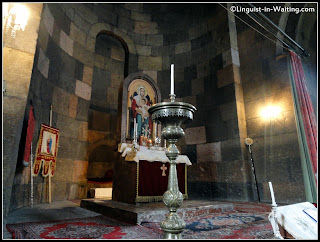 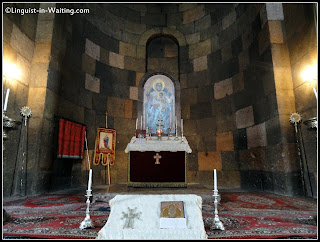 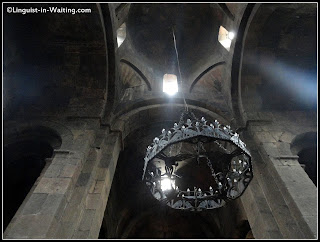 I have posted the exterior and interior pictures of this church. Unlike the other churches that I have seen in Armenia, this one is a little different. It is wider than taller, unlike the others. It looked more like a house or a villa to me, than a church. That being said, the interior still is similar to others; no chairs, dark and musty, and not a lot of elegant and exquisite decorations. This church, as well as Saint Hripsime Church, and the Echmiadzin Cathedral all form a UNESCO World Heritage Site, and is a pilgrimage destination of the followers of the Armenian Apostolic Church.